Marina Mall Bahrain: Best Things to do in Manama

Manama is the largest city in the kingdom – its name translates into “a place of rest” or “a place of dreams” and it really is. The Arab League under the UNESCO’s Cultural Capitals Program has officially designated it the “Capital of Arab Culture” for 2012. Whether you are looking for stunning views or authentic Islamic architecture, the capital has something for you. As it hosts many activities for everyone such as strolling the streets discovering the beauty of Manama and visiting museums and forts, having some water activities like diving, or even enjoying shopping in one of the best malls in Bahrain such as Marina Mall Bahrain.

Best things to do in Manama 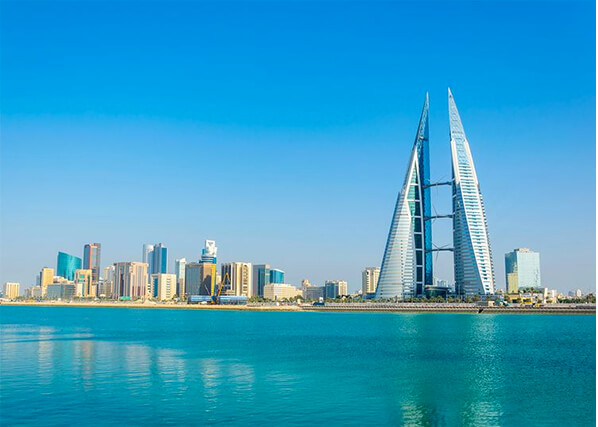 While your visit Manama, you can take a tour of Bahrain International Circuit, or go diving for pearls, or even you can learn about the Dilmun empire at Bahrain Fort. Also, taking a tour of Bahrain’s largest mosque is a great thing to do. Don’t miss to treat yourself to a spa day, and to try some traditional food. In addition, going shopping in the most luxurious malls in Bahrain such as Juffair mall and Marina Mall Bahrain.

Properties for rent in Manama 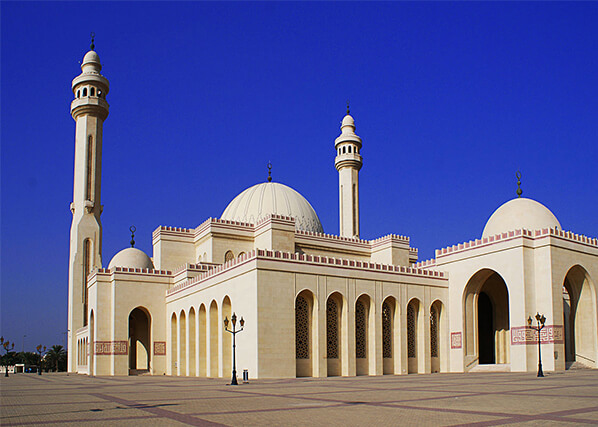 It is an icon of Islamic architecture and culture. It is located on King Faisal Highway in Juffair, which is a city in the capital, Manama, and it is one of the largest cities in the world and can accommodate more than 7000 worshipers at one time. Its walls are adorned with Kufic script and the fiberglass dome is the largest in the world. 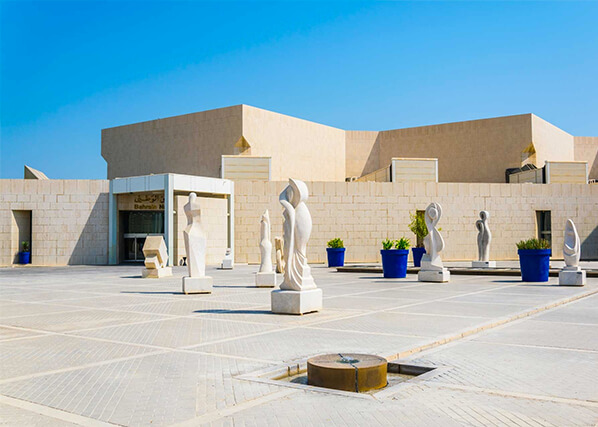 Bahrain is the cradle of one of the oldest civilizations in the Middle East, the Dilmun civilization. With a history of 6000 years, it is also assumed to be the place where Gilgamesh is believed to have traveled in search of deaths. The Epic of Gilgamesh is the poem of Mesopotamia and is said to be one of the oldest known literary works. Near the King Faisal Highway in Manama, the Bahrain National Museum displays a painting depicting a scene from the epic. The museum also displays historical artifacts including commercial seals and ancient coins as well as the burial mounds of the Dilmun era. 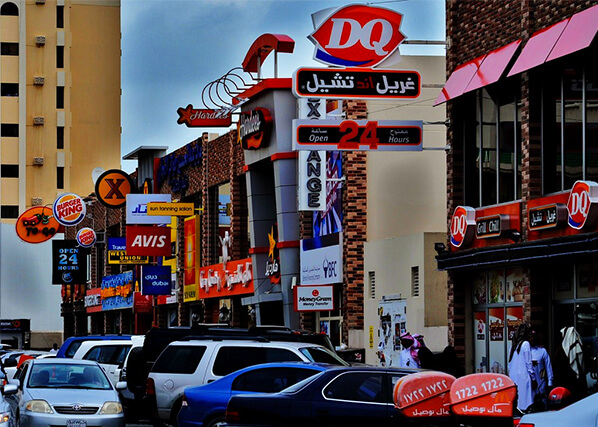 Al-Shabab Street in Juffair, a city in Manama, is known as the “American Alley” because it is near the US Naval Base. There is a wide range of restaurants, cafes, and fast-food restaurants in the corridor. Whether you want to bite in a burger before heading to a nearby club for the overnight dance or relaxing in a café with a book, there is something for everyone. Although it is crowded during the week as well, the weekend is more crowded due to the many clubs and bars in the area, all located within walking distance from each other. 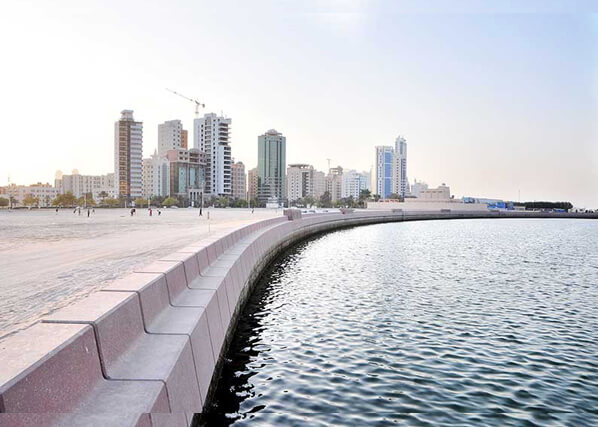 Head to the Al Fateh Corniche at sunset and you will find many people walking around and running. Families relax on grass and children run. You can walk on the grass or simply enjoy the glamorous sunset by the sea. There are coffee trucks and kiosks nearby, selling refreshments, and if it’s too hot, there is a bowling alley and skating rink as well. Plans are underway to give the Corniche a major facelift that will include a new lane, playgrounds, recreational space, and more restaurants and cafes.

Splash about at a waterpark 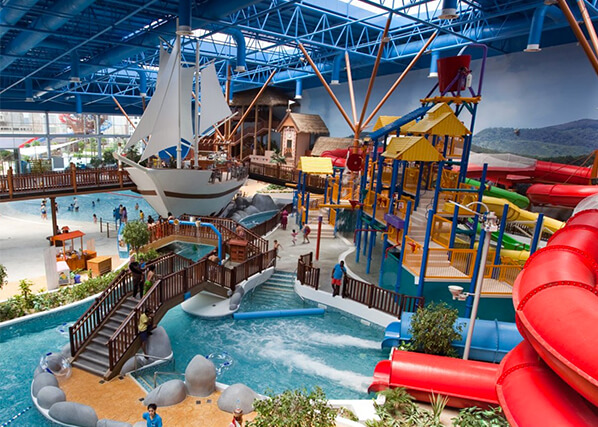 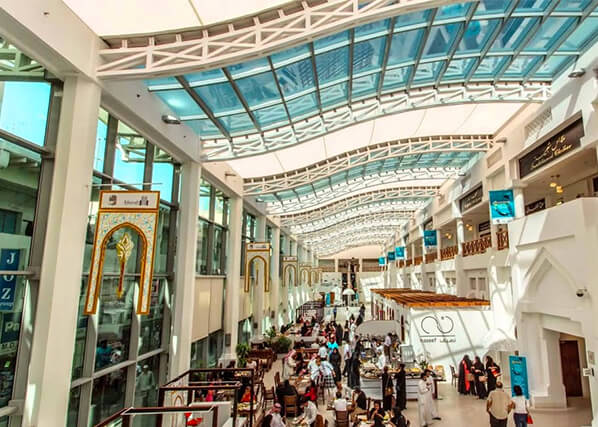 You can enjoy plenty of shopping experiences in Manama, as it hosts the traditional markets with its amazing handmade goods in addition to the luxury shopping centers.

Bab Al Bahrain, known as the Manama Market, which means “Bahrain Gate”, is known as a great entrance to the largest multi-ethnic market area on the island. Here you will find Arabic sweets shops that share space with small Nepalese cafes and South Indian vegetarian restaurants. Head to a souvenir shop for an exotic Arabic rug or traditional lamp and other small items. There are stores that sell a range of Arabic spices such as black lemon and local mixes like sumac and thyme, as well as fabrics from all over the world including the Indian subcontinent and the Far East.

Bahrain provides a wide range of shopping facilities around the Kingdom such as supermarkets catering to foreigners, modern stores, and jewelry as well as Arabic antiques, oriental carpet dealers. Besides the traditional Arab market, which serves everything under the sunlight.

Moreover, Bahrain hosts plenty of malls that include various international and luxury brand stores and boutiques, supermarkets. Also, it offers many restaurants where you can taste the local and traditional dishes as well as international dishes too. However, you can enjoy a fabulous evening with your friends and family in one of the cafes located in Bahrain or let your children have a nice and fun time in the playing areas. It also provides many cinemas (3D and 2D) and even the inland water park.

We recommend one of the best and most popular malls in Bahrain, marina mall Bahrain, where you can enjoy shopping as well as having fun with your family. 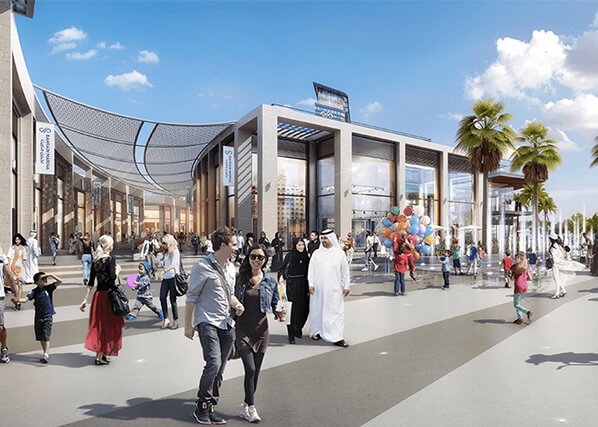 Marina Mall was established in 2001, it spreads among 35000 square feet with a multi-storey hall, which includes many huge stores and a series of privately rented stores. It is located in the famous central market in Manama.

It is undoubtedly a comprehensive shopping center, where one can find everything from newborn clothes and toddlers to toys, nursery products, gift ideas, home furnishings, teens, adult clothes, shoes, lingerie, and more. There are also stores like G2ooo and NineWest, which make a total of 15 stores, including Cellcom, Costa Coffee, Milano Ice Cream, Planet Charming, Hour Choice, and much more.

The mall’s dining areas offer delicious Indian, Chinese, Italian and Arabic cuisine and a wonderful lunch buffet for hungry shoppers, regardless of other well-known dining outlets.

There is also a Magic Island play area, which welcomes children for their share of fun and fun.

Properties for rent in Manama

The ultimate guide for shopping in Bahrain