We do hear all the time about the accomplishments made by UAE in all sectors which was described as the state of future and one of the world’s sustainable countries.

By reading about the state’s accomplishments in the latter periods you will find exceptional successes in many sectors especially the real estate sector which has flourished significantly thanks to the rising influx of investors and companies vigor performance.

National real estate companies in UAE had a great role in the urban boom witnessed in all the emirates.  Here, we piled up these major companies and their latest recorded performances:

Best known for being the owners of Burj Khalifa, the tower that has been the world’s tallest building since 2008, Emaar Properties is unsurprisingly is the most profitable UAE-based property developer as of 2017.

The developer has several under-construction projects currently, including Harbour Gate which is being developed at the heart of the mega project of Dubai Creek Harbour.

Being the Trump Organization’s main partner in the UAE, Damac Real Estate rose to international fame as one of the leading UAE-based developers after the opening of Trump International Golf Club Dubai in 2017.

This comes after Damac successfully delivered 1,490 units in the first six months of 2018, while the delivered units in the same period of 2017 did not exceed the 1,100 mark.

The name behind some of Dubai’s most prosperous tourist attractions like Palm Jumeirah, Nakheel recorded an AED2.51bn profit in the first half of 2018, recording an AED100m drop from its profits of the same period of 2017 which had the value of AED2.61bn.

During the concerned period, Nakheel has successfully delivered the keys of 450 units to their respective owners; also, Nakheel has signed construction contracts with an accumulated value that exceeds the AED6bn mark in these six months.

It is also worth mentioning that Nakheel has formed a partnership with Al Nasr SC to develop a new mall in Al Khawaneej area in Dubai.

Following a record $1bn acquisition of assets from Abu Dhabi’s Tourism Development and Investment Company in May 2018, the leading Abu-Dhabi based Aldar Properties’ statements of h1 of 2018 have shown a 2% increase in its sales revenues from $789.5m in the same period of 2017 to $816.7m.

It is worth mentioning that in March 2018, Aldar Properties has launched a $8bn joint venture with Emaar Properties that aim to develop two projects: one in Abu Dhabi and one in Dubai.

With its focus being meeting the surging demand for affordable houses, Manazel Real Estate’s recorded revenues of the first six months of 2018 were AED516m, which marked a 25% increase from the developer’s generated revenues in the first half of 2017.

However, it was Manazel’s net profit during the same period that recorded an impressive AED132.9m, having increased by 135% from the profit of the first half of 2017.

In this period, Manazel signed a cooperation contract for three developments in Yas Island in Abu Dhabi, and Dubai Silicon Oasis and Jumeirah Village Triangle in Dubai. 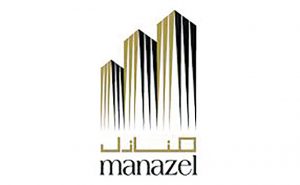