Are you looking forward to studying at one of the Saudi universities? Whether you are a Saudi citizen or an international applicant, we bring you the top seven KSA universities according to global rankings, such as the QS World University Rankings, QS Arab Region University Rankings and QS Higher Education System Strength Rankings. These rankings attempt to highlight universities that do an excellent job of educating students and producing ground-breaking research. Saudi Arabia not only has developed one of the fastest-growing higher education systems in the Middle East over the past years, but it has also become home to many of the leading universities in the Arab region.

King Abdulaziz University was established in 1967 as a private national university carrying the name of the establisher of Saudi Arabia. Located in the suburban setting of the large city of Jeddah, this university is aiming at spreading higher education in the western area of Saudi Arabia. King Abdulaziz University has more than 82,000 students, with separate campuses for men and women. It offers courses and programs leading to officially recognized higher education degrees such as pre-bachelor degrees, bachelor degrees, master degrees, doctorate degrees in several areas of study. The university also offers faculties in a wide range of subject areas, including mechanical engineering, agriculture & forestry, pharmacy, art and design, humanities, sciences, medicine, pharmacy, business, law, dentistry, ..etc. In addition to offering a range of on-campus undergraduate and graduate programs, King Abdulaziz University also teaches a distance learning program.

King Saud University is Saudi Arabia’s first university which was established in 1957 as Riyadh University and then was renamed King Saud University in 1982. King Saud University is a non-profit public higher education institution located in the urban setting of the metropolis of Riyadh. There are 24 Colleges in this university, which emphasize the production of knowledge, advancing the understanding of the natural and social worlds, and serving the needs of the Saudi government, private sectors, and general society. The student body of King Saud University today consists of 40,000 male and female students, 7% of which are international. The university has a selective admission policy based on entrance examinations. The admission rate range is 70-80% making this Saudi Arabian higher education organization a somewhat selective institution. Many of the changes would take place in the coming years, such as the establishment of new colleges and the opening of new branches throughout the Kingdom.

Founded in 1963, King Fahd University of Petroleum and Minerals is a non-profit public higher education institution located in the medium-sized town of Dhahran. Dhahran is an important center for the country’s oil industry, and has a current enrollment of more than 7,000 students although female students are not admitted. King Fahd University offers courses in a wide array of subjects, covering traditional disciplines as well as engineering, science, and business. In the QS World University Rankings by Subject 2017, it has ranked among the world’s top 50 universities for mineral and mining engineering, as well as the top 150 for chemical, electrical and mechanical engineering. King Fahd University aims at being a preeminent institution known for its globally competitive graduates, cutting edge research, and leadership in energy discoveries.

Umm Al-Qura University is a large public Islamic university located in the large city of Mecca, Saudi Arabia. The university was established as the College of Shariia (Islamic Law) in 1949. By royal decree in 1981, it was renamed as Umm Al-Qura and joined by new colleges. Umm Al-Qura University started primarily as an Islamic university offering degrees in Islamic Law and Arabic language studies. Now, it offers more courses in diverse subjects such as Technology Management, Business Management, Islamic Economics, Marketing, Engineering, Technology, Medicine, Education, Architecture, as well various Applied, Social and Engineering Sciences. The university’s headquarters and colleges are distributed in three locations in Makkah: the main campus is located in Al-Aziziyyah, which includes the buildings of the general administration. The second campus includes the Deanship of University Studies for Girls and the buildings of its colleges. And the new third campus is situated in Al-Abdiyyah.

Alfaisal University was founded by King Faisal Foundation in 2002 in the capital of Riyadh as one of the first private Non-Profit, research and teaching universities in the Kingdom. Being committed to achieving international standards of excellence, Alfaisal University is made up of five faculties, spanning from Business, Engineering, Medicine, Science and Pharmacy. It also offers world-class marketable undergraduate and graduate programs to the finest male and female students in the Kingdom and the Region. Alfaisal University has opened its doors and admitted its first 80 students in 2008, now its total enrollment exceeds 2500 student. International applicants are eligible to apply for enrollment.

King Abdullah University of Science and Technology is a private research university located in Thuwal, Makkah. Founded in 2009, the University provides research and graduate training programs in English as the official language of instruction. King Abdullah University is the first mixed-gender university campus in the Kingdom of Saudi Arabia. The religious police do not operate on-site as women are allowed to mix freely with men and they are not required to wear veils in the co-educational classes. In 2013, the University was among the 500 fastest growing research and citation records in the world. The university focuses on research that applies science and technology to problems of human need, social advancement, and economic development. The main research thrusts are Resources, Energy and Environment; Biosciences and Bioengineering; Materials Science and Engineering; Applied Mathematics and Computational Science.

OxfordSaudia University is a new flight academy and aviation center in Dammam. It is located in King Fahad International Airport, The Academy was established in cooperation with The Saudi National Company of Aviation (SNCA).

Based on more than 75 years of experience in experimental training, OxfordSaudia training programs provide initial training focused on creating captains across Saudi Arabia and the Middle East.

Their CPL program for a foundation year is to be followed by a course at the first ground school with a high-quality aviation education, which is presented in accordance with the requirements of the Saudi Aviation Authority. 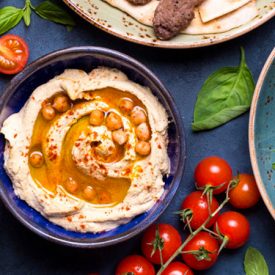 What puts the yum yum in the Kingdom: Traditional food in Saudi Arabia