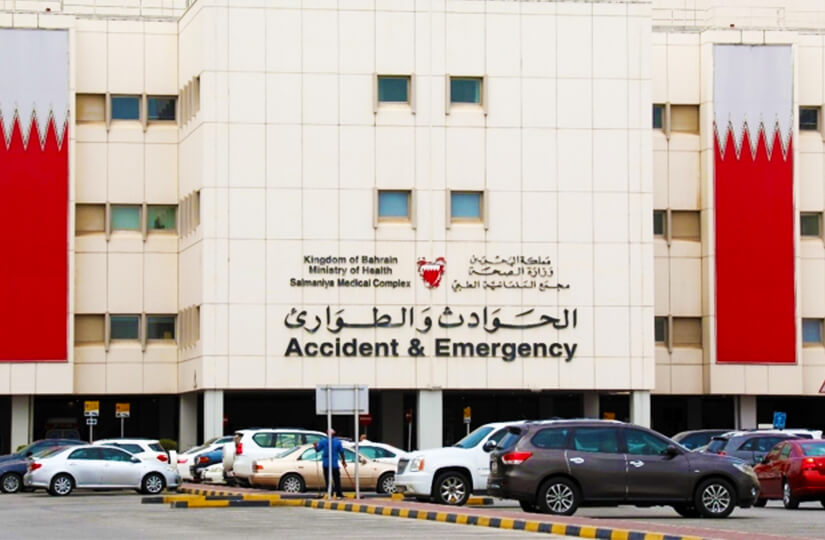 The Kingdom of Bahrain may be small, but it is definitely a large country. Strategically located in the heart of the Arabian Gulf, Bahrain offers a truly cosmopolitan lifestyle. This is one of the reasons that all its citizens as well as expats love Bahrain.

The Salmaniya area is located in the center of Manama, in complexes 329 (the southern which includes the Salmaniya Medical Complex) and 311 (the northern one which is located south of the Naim area and northwest of the Saqia area and is known for the Hotat Abel area), and blocks 309 and 310 (formerly called Sakia). 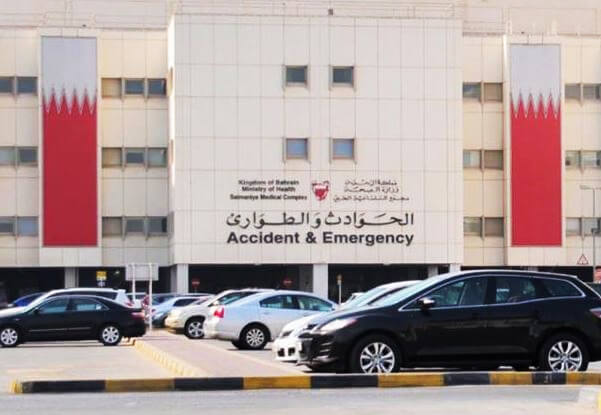 This area is one of the neighborhoods of Manama in Bahrain and it includes the largest hospital in Bahrain, the Salmaniya Medical Complex, and the Psychiatric Hospital (Bahrain). Also, other private hospitals are operating in the vicinity like Bahrain Royal Hospital.

The neighborhood also has many flats and apartments, as well as there are many local supermarkets in the vicinity.

The area is characterized by a diversified commercial activity that includes cafes, restaurants, and mechanical workshops, as well as medical complexes and clinics, a Pepsi Cola factory, and stores selling clothes and luxuries, and is witnessing in the current period construction movement for the complexes and residential buildings in Block 329.

It hosts many famous facilities such as the headquarters of the Ministry of Health, Salmaniya Medical Complex. Also, it has the Arabian Gulf University and the College of Health Sciences. As well as, Rufaida House for Nurses Housing (affiliated to the Ministry of Health). Psychiatric Hospital, and Joslin Diabetes Hospital. Moreover, it hosts Al-Qadisiyah Club Stadium and Al Jawhara Center. 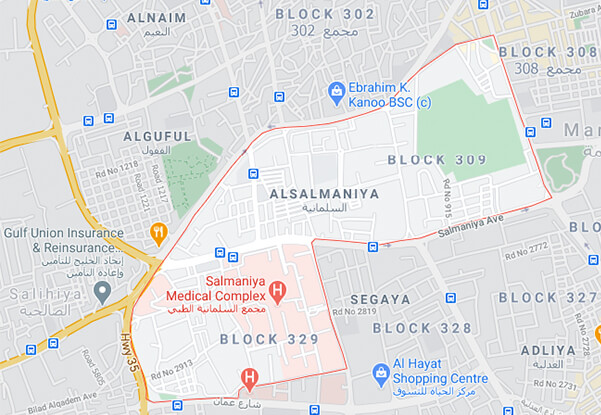 It consists of several suburbs such as Al-Saqia and Khalil Kanu Gardens. The Adliya area is located only 1.5 km to the southeast, in addition to the Bu Ashira suburb. While Al-Burhama and Al-Hoora are 2 km northeast. 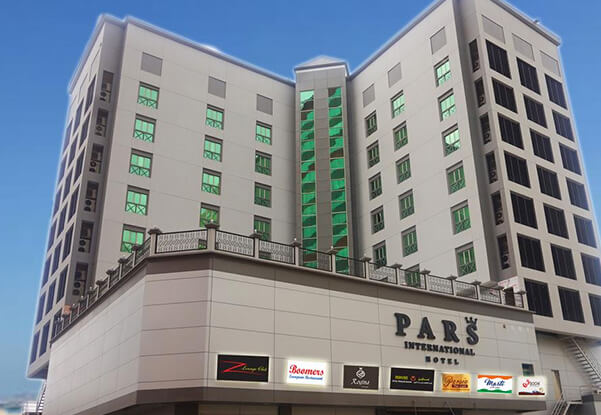 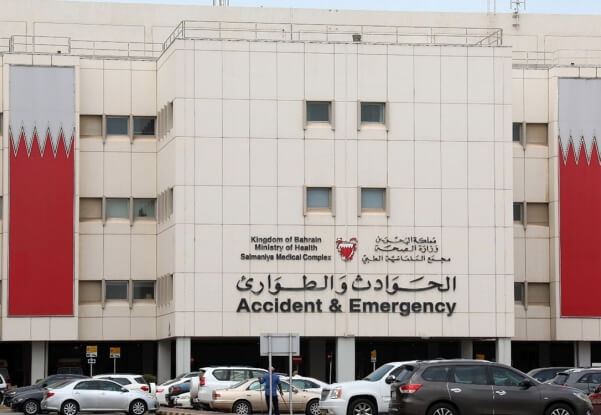 Since the early 1990s, the area has turned into a medical service area due to a large number of clinics and medical complexes, in addition to two large hospitals, the Salmaniya Medical Complex and the Psychiatric Hospital. 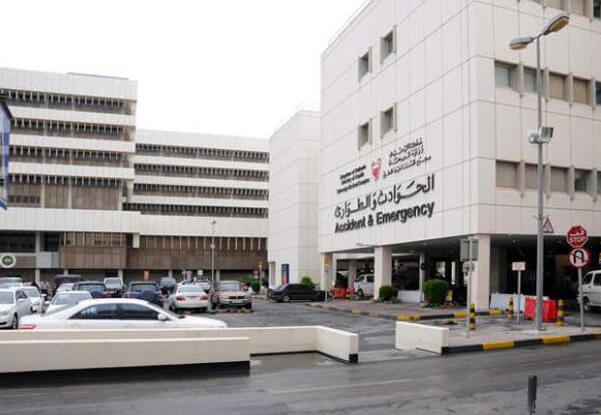 Salmaniya Medical Complex strives to continuously meet the secondary and tertiary health care needs of citizens and residents in Bahrain in the most effective and efficient way and with the highest quality level within the available resources. Additionally, SMC acts as an educational and research center for health professionals.

Salmaniya Medical Complex is a general hospital located in the Salmaniya district of Manama in the Kingdom of Bahrain. Founded in 1957 with a capacity of about 1,200 beds, it is the largest tier-3 hospital in the country. The hospital provides secondary, tertiary, and emergency healthcare services as well as specialized outpatient clinics for the general public. Hospital residency programs are certified by the Arab Board or the Saudi Board.

The hospital receives an average of 900-1000 patients per day and employs more than 2000 doctors, nurses, and workers. Bahrain’s main mortuary is located in the complex. The Emergency Department receives more than 300,000 patients annually. 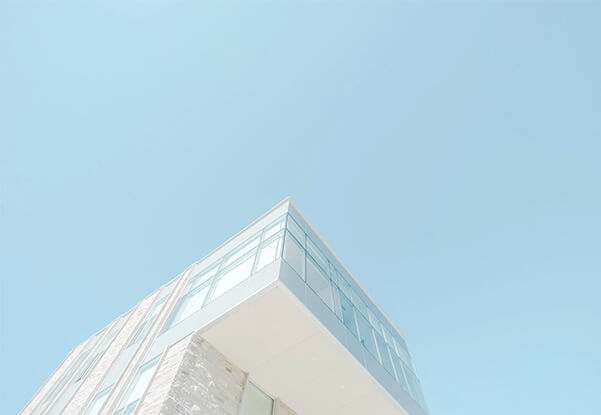 Whatever you are looking for in the new home you are planning to move into, you can find a variety of properties to rent in Salmaniya, starting with studios, one-bedroom apartments, and two-bedroom apartments. Also, there are a lot of villas. It also offers you different types of apartments and villas that differ in size and type. You can find furnished, semi-furnished, and unfurnished apartments.

Since there is plenty of flats for rent. You have to know that the average rental price of studio apartments is 200 BD monthly. while a one-bedroom apartment is around 250 BHD.

If you’re looking for more spacious options, a fancy furnished two-bedroom apartment can cost you around 350 BD.

On the other hand, the cost of renting a villa starts at 550 BD monthly up to 800 BD on average.

Janabiya: All you what to know about the oldest city in Bahrain