As a part of Bahrain’s Ministry of Housing collaboration with the private sector which started three years ago, aka The Mazaya scheme; Deerat Al Oyoun community has come to life to provide an affordable housing for Bahraini citizens and improve the quality of life.

Work on the project is currently in full swing where it is being developed and financed by the local developer, Diyar Al Muharraq.

Signing a Murabaha contract with a group of local banks, Diyar Al Muharraq succeeded in obtaining a partial fund for the project which originally costs 700 million dollars.

It is worth noting that Deerat Al Oyoun is considered to be a huge milestone for each of the Ministry and Diyar Al Muharraq where the project is marked as one of the largest housing developments currently taking shape in the Kingdom. 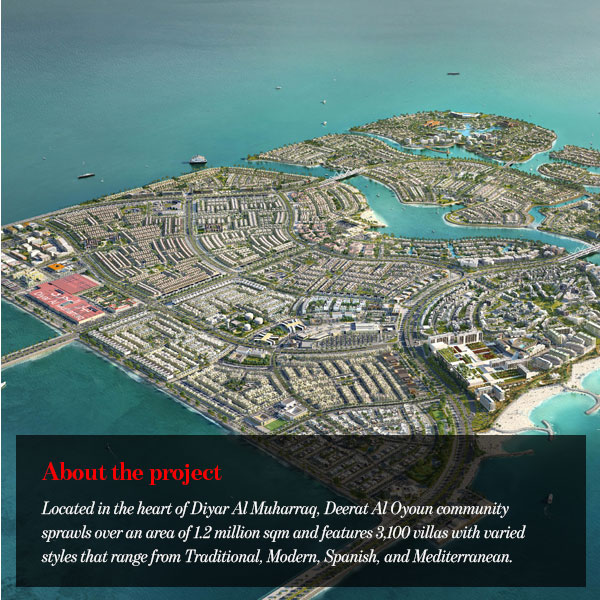 Located in the heart of Diyar Al Muharraq, Deerat Al Oyoun community sprawls over an area of 1.2 million sqm and features 3,100 villas with varied styles that range from Traditional, Modern, Spanish, and Mediterranean.

Diyar Al Muharraq comprises of seven artificial islands that house a group of commercial and residential developments that pride in offering a quality lifestyle to its residents.

All units at Deerat Al Oyoun community are constructed following the highest specifications where every unit includes thermal insulation and living spaces are extremely large offering a seamless flow of natural light.

Offering a close proximity to schools, shopping centres, public beaches, recreational areas, mosques, medical centres and the transportation network; it is safe to say that Deerat Al Oyoun community is the first-ever integrated lifestyle community developed under the Mazaya Scheme. 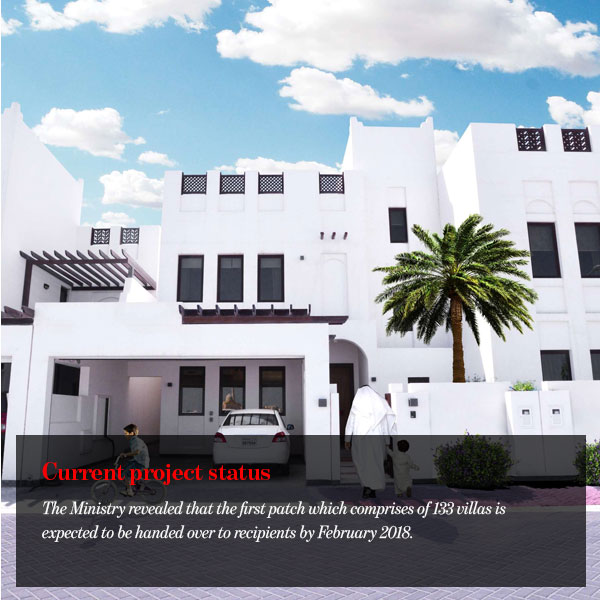 The Ministry revealed that the first patch which comprises of 133 villas is expected to be handed over to recipients by February 2018.

In an earlier statement by the developer last January, the company stated that the construction of the first floor of all the residential units had been completed, and that work is now being carried out on the infrastructural elements of the project.

It is worth mentioning that all of Deerat Al Oyoun units are only available for Bahraini citizens who are on the government’s housing solutions waiting list.

A quick brief on The Mazaya scheme 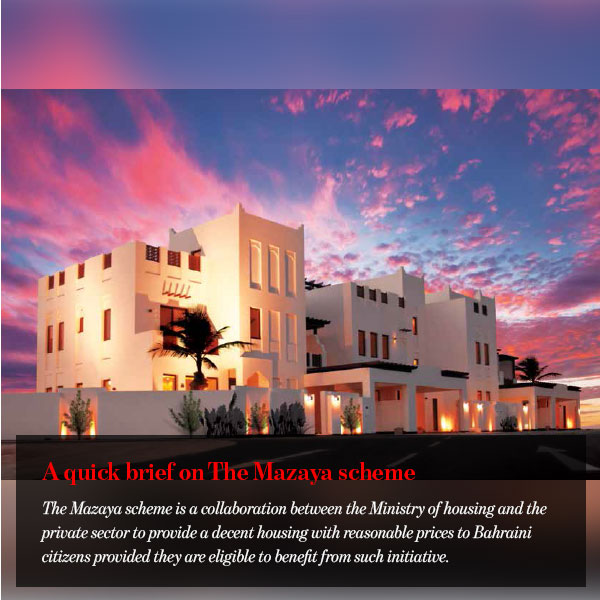 The Mazaya scheme is a collaboration between the Ministry of housing and the private sector to provide a decent housing with reasonable prices to Bahraini citizens provided they are eligible to benefit from such initiative.

Under the patronage of Shaikh Khalid bin Abdullah Al Khalifa, Deputy Premier and chairman of the Ministerial Committee for Construction and Infrastructure, eligible candidates will get a governmental financial support to purchase a housing unit.

Under this collaboration, both of the ministry and the private sector managed to provide over than 6000 units in Northern Town, Al-Lawzy and Deerat Al Oyoun.