Since both states have significantly grown over the course of last decade to become the region’s most attractive real estate investment hubs, it’s essential to carry out a brief comparison between them to find out what connects and what separates the two centers.

For real estate investors interested in purchasing properties in GCC region, Bahrain and Dubai are the top options to choose from.

Comparing between both states will make it easier for investors to find out which is more suitable in light of his needs, goals, and capital value as well.

To stimulate its local real estate market, Bahrain government made full ownership of properties available for foreigners in 2001.

Following the decree, the kingdom saw a tremendous rise in demand for properties which led to the alteration of Bahrain real estate landscape forever. 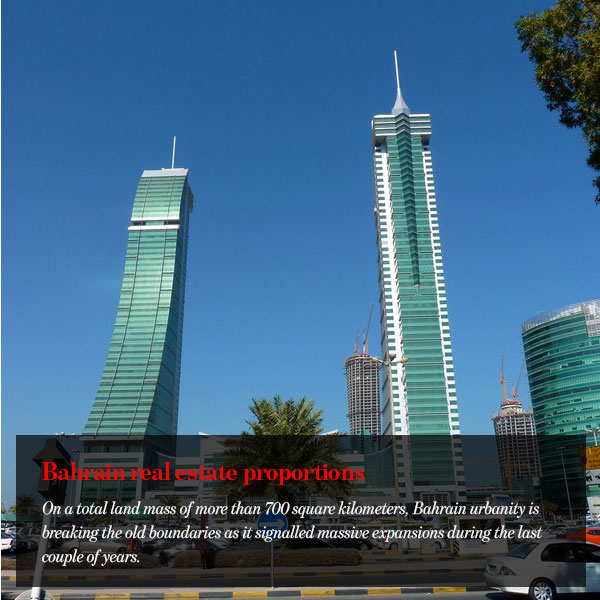 On a total land mass of more than 700 square kilometers, Bahrain urbanity is breaking the old boundaries as it signalled massive expansions during the last couple of years.

Investment is now easier for foreigners since 100% ownership of properties became permitted in a number of freehold areas like Juffair, Seef, Amwaj, Durrat Al Bahrain, and many other.

The Kingdom’s real estate market is getting more attention day after another. New projects are launched by foreign real estate investment companies, retail and entertainment development is picking up the pace, and prices on the rise.

Even the kind of real estate projects being launched is taking a major shift since focus now is mainly on offering branded large-scale communities like Diyar Al Muharraq, Dilmunia, and Durrat Marina. 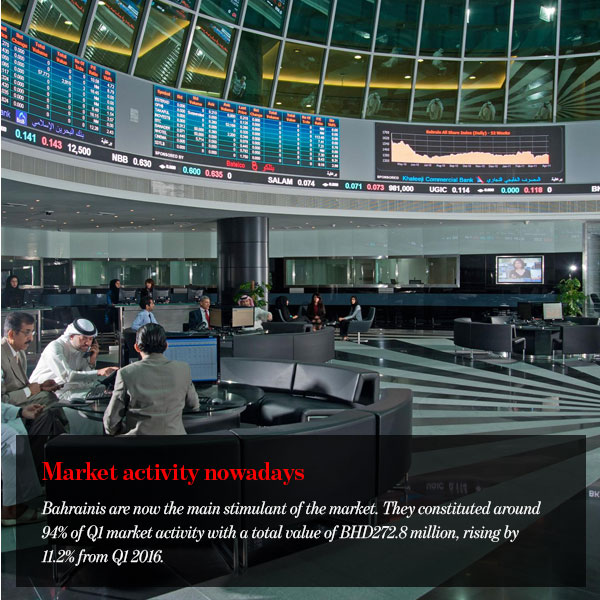 Bahrain is taking serious steps towards market recovery. By looking back at market activity during the first quarter of this year, we’ll find that the total value of transactions reached BHD289.9 million which is higher than the value registered during the same period of 2016 and 2015.

Demand is also picking up, especially on the properties situated in the closed locations like Riffa, Hamad Town, Hidd, and many other.

Bahrainis are now the main stimulant of the market. They constituted around 94% of Q1 market activity with a total value of BHD272.8 million, rising by 11.2% from Q1 2016.

The hike in the number and value of property deals made by nationals reflects their confidence in their market. It also reveals that the market is about to witness even more stability and growth in the near future. 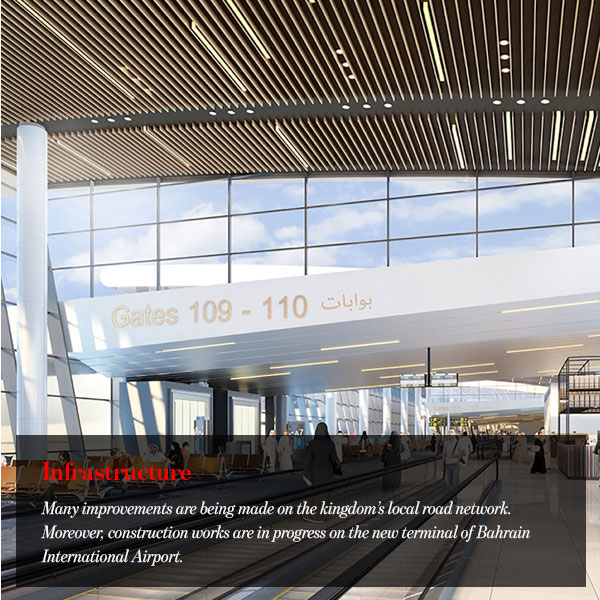 One of the major factors in Bahrain real estate market nowadays is the set of heavy-weight infrastructure developments currently under construction.

Many improvements are being made on the kingdom’s local road network. Moreover, construction works are in progress on the new terminal of Bahrain International Airport.

Also, Bahrain government had reinstated the status of many stalled real estate projects including the famous three-tower Villamar project. 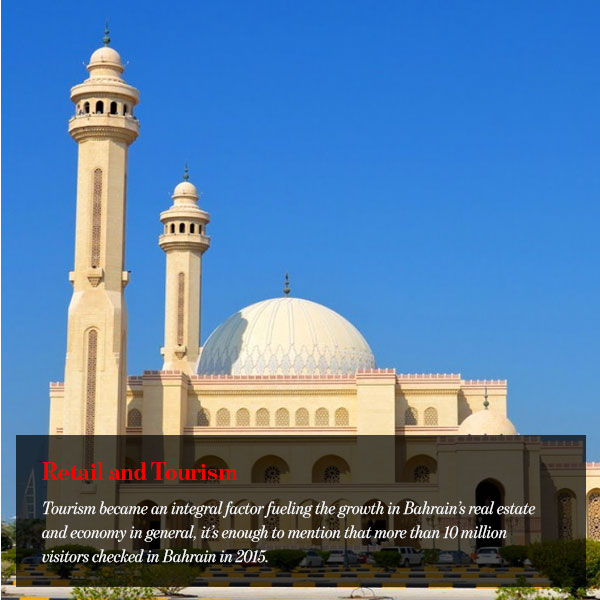 Tourism became an integral factor fueling the growth in Bahrain’s real estate and economy in general, it’s enough to mention that more than 10 million visitors checked in Bahrain in 2015.

Amid the rising number of visitors, the kingdom is turning into a real entertainment and recreational hotspot in the GCC region dragging a huge number of visitors from the surrounding states like KSA, Kuwait, and Qatar.

The thrive in tourism is definitely contributing in bolstering Bahrain’s real estate business. More retail, tourism, and commercial properties are being launched giving way to residential sector to flourish as well.

Dubai is a vibrant real estate market. In fact, it’s the most active in the Middle East region attracting investors from Russia, India, Arab countries, Britain, and many other areas.

The emirate registered a 40.5% rise in 2017 Q1 transactions value which reached $21 billion compared to $15 billion in the same period of last year. 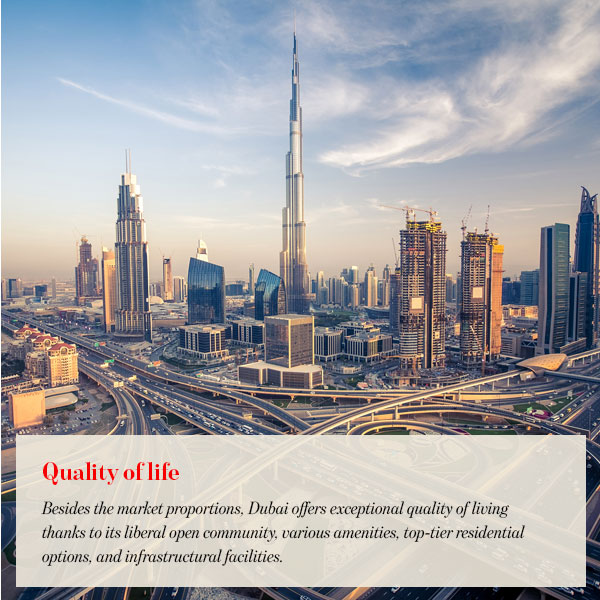 Still, work is picking up on elevating the city’s quality of living to become even better. New infrastructure projects were launched to facilitate residents’ life and to increase Dubai’s tourism capacity. 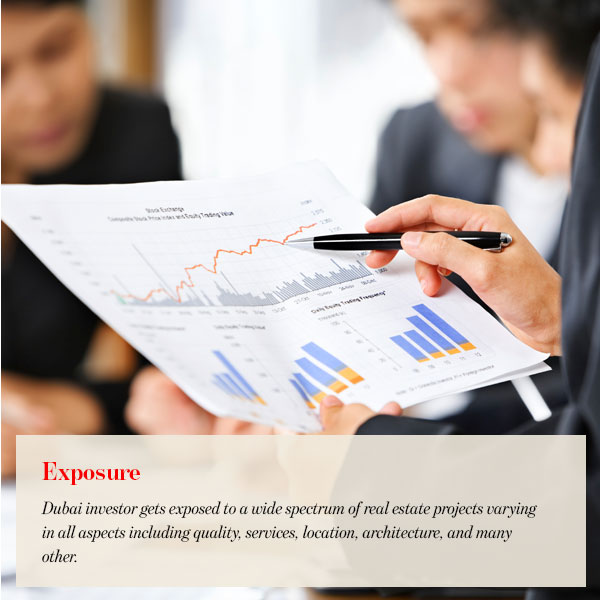 Dubai investor gets exposed to a wide spectrum of real estate projects varying in all aspects including quality, services, location, architecture, and many other.

The local market in the city teems with many large-scale local and international players who compete quality real estate products that can meet all clients’ demands.

Simply put, the amount of options offered in Dubai aren’t available in any other location in the Arab peninsula and North Africa. 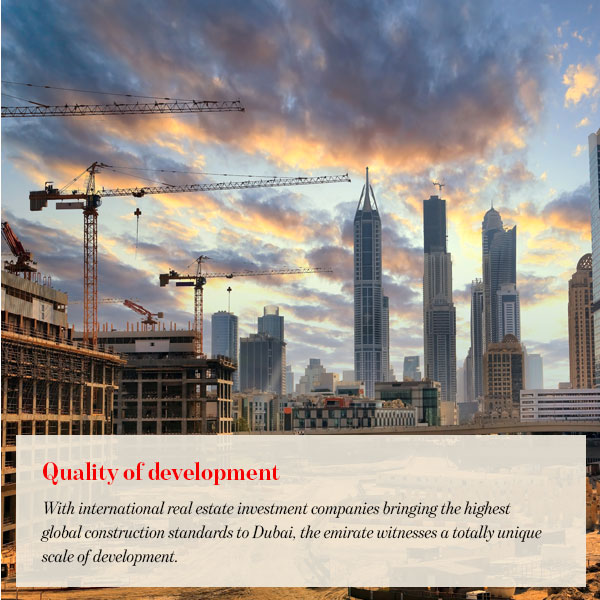 This is apparent from the progressive and futuristic styles of architecture adapted in buildings, the kind of services and amenities made available for resident, and the upscale forms of finishing.

Ok then, which to choose

So, which market is better for real estate investment? Actually, it differs according the investor’s perception and his own definition of a “lucrative investment”. 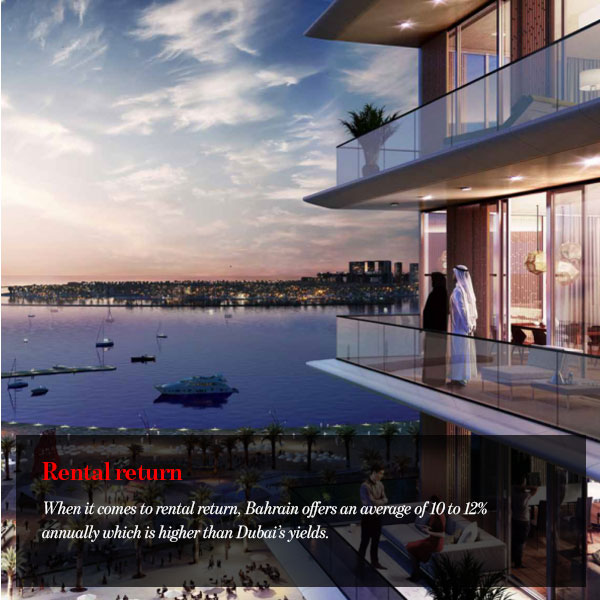 When it comes to rental return, Bahrain offers an average of 10 to 12% annually which is higher than Dubai’s yields.

With current business growth in the island kingdom, the workforce is getting larger day after another as more expats are moving in to take part in Bahrain development process.

On the other hand, residential supply is not growing in the same pace to pushing rental prices to hit new rates. 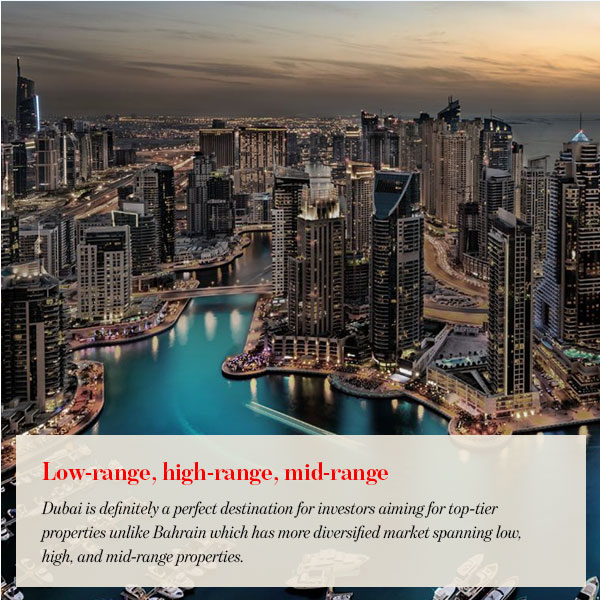 Dubai is definitely a perfect destination for investors aiming for top-tier properties unlike Bahrain which has more diversified market spanning low, high, and mid-range properties.

Bahrain offers a wide selection that can meet all investors’ demands. Properties of all types, scales, and prices are available. 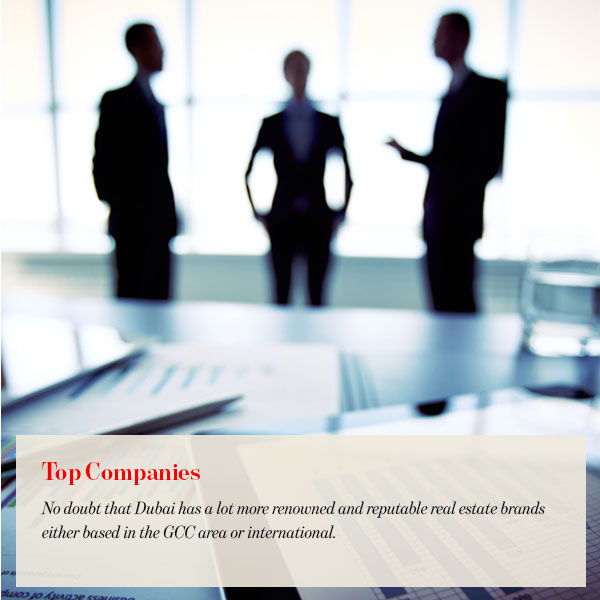 No doubt that Dubai has a lot more renowned and reputable real estate brands either based in the GCC area or international.

However, the rising momentum in Bahrain’s market is starting to grab the attention of internationally recognized real estate investment companies. 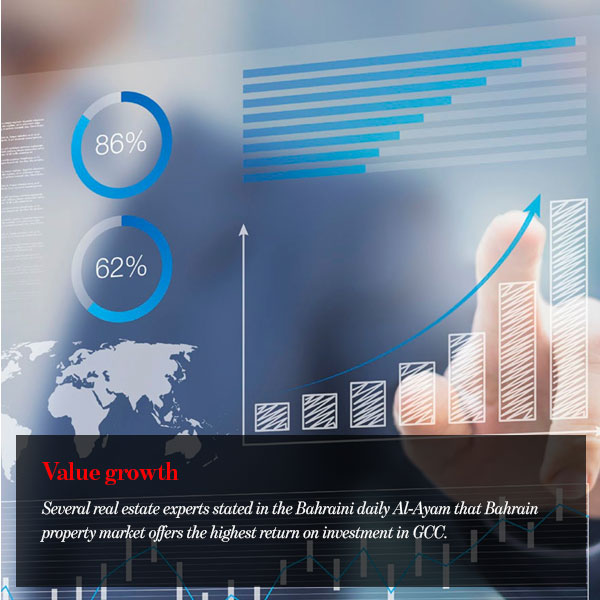 They mentioned in their press statement that the investment yield could vary from 10 to 15 percent varying according to location and property type.

They specified saying that residential properties spanning apartments, villas, and lands are definitely the highest in return and demand.

It’s worth mentioning that Dubai average property value appreciation is 8 to 10% annually.

It’s up to the investor orientation

So, choosing between Bahrain and Dubai isn’t a matter of benefits of each market, it’s more about the investor’s aim and orientation.

Looking for an internationally recognized market that has a wide exposure? Dubai would be the right choice.

On the other hand, Bahrain poses a better alternative for low and mid-market residential property investors aiming for long-term investments.

The kingdom is leaping forward towards brighter economic future. In fact, it has all needed to be a top business and investment hub in the region.