As an integral part of the socioeconomic revolution that is taking place in this region in the last few years, the GCC countries have been hosting exhibitions, events and platforms that aim at attracting international investors towards the region’s growing non-petroleum economic sectors. Naturally, Kingdom of Saudi Arabia, being the region’s largest kingdom and its most influential player, has joined the race at full throttle through hosting grand events, the most notable of which being the Big 5 Saudi.

What is Big 5 Saudi? 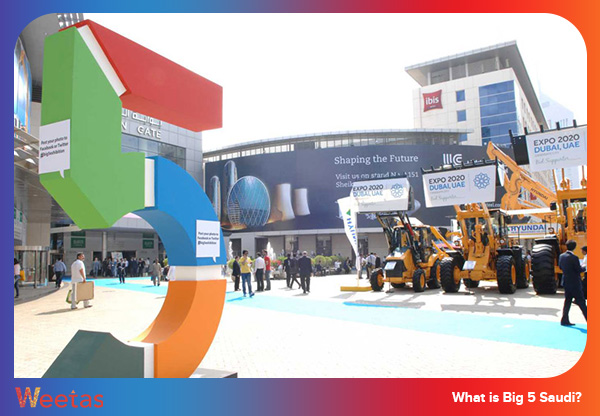 Considered as one of the largest annual international exhibition to be hosted by Saudi Arabia, Big 5 Saudi is an event that targets the investors working in the construction industry through providing a platform to display the latest and most advanced building and construction equipment, materials and products.

The event is a part of the international series of Big 5 construction products’ exhibitions that originated in Dubai, UAE. So far, there are six annual editions of the event that take place in Dubai, Egypt, Saudi Arabia, Kenya (West Africa), Morocco (North Africa), and India.

Big 5 Saudi was launched for the first time in 2011; ever since then, eight editions of the fair have taken place annually for four consecutive days in mid-March in the lively Saudi coastal city of Jeddah. The event succeeded in becoming the kingdom’s largest and most important construction products’ exhibition and one of the most important industry events in the entire region.

In addition to displaying the advanced products of the industry, Big 5 Saudi also hosts educational events like seminars and workshops (e.g. Leadership in Energy and Environmental Design (LEED) Workshop, the Concrete Workshop, and the Concrete Repair Workshop). Because of that, Big 5 Saudi does not only aim at boosting the construction sector, but it also aims at supporting the professional development of the attendees.

Big 5 Saudi and its role in the kingdom’s real estate market: 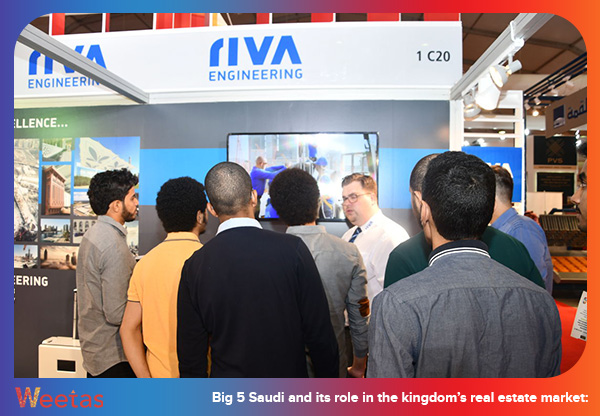 It is no surprise that Kingdom of Saudi Arabia hosts and supports such a large-scale event that focuses on its $732bn construction sector which directly influences its real estate market. The Saudi Arabian real estate market is one of its largest market sectors and it has been under the spotlight in most of the kingdom’s activities and plans to achieve Saudi Vision 2030.

This has proven to be not only a lucrative investment, but also a crucial one. The Kingdom of Saudi Arabia plans to invest more than $800bn before the year 2030 in upcoming projects that include the Red Sea project, the transnational Neom City, Qiddiya City which will be the world’s largest entertainment city upon its completion, in addition to the world’s largest solar farm which has an estimated cost of $200bn, along with many other mega projects. 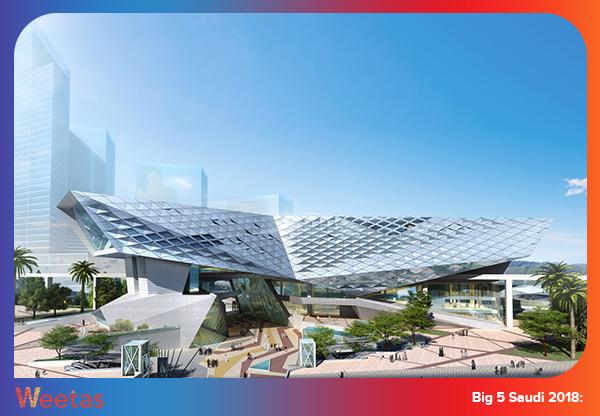 This year’s edition of Big 5 Saudi took place from the fifth till the eighth of March and it was the largest exhibition in all of the Saudi Arabian edition of the series so far. More than 500 local, regional, and international exhibitors from 30 countries around the world have participated in the event to use the event’s platform showcase their products, technologies and services.

The participating exhibitors included 16 companies from Germany who are known for their top-notch high quality products and services which were showcased in the German Pavilion which spanned more than 350 square meters.

On the other hand, the Building Technology Stimulus Program has participated as a strategic partner of Big 5 Saudi 2018. Building Technology Stimulus Program is a governmental Saudi Arabian fund that has been initiated by the kingdom’s Ministry of Housing with the purpose of supporting and boosting building technologies as a step to help achieve the Saudi Arabian real estate development goals.

In addition to that, the event offered its visitors more than 50 free Continuing Professional Development (CPD) workshops, with the sustainable and green buildings being one of the main themes of the exhibition; this reflects the kingdom’s increasing focus and interest in the green buildings field.

It is worth mentioning here that the investments in sustainable buildings in Saudi Arabia is the third largest investment of its kind in the world, and the kingdom is set to take over the first place in this list in the near future.

Big 5 Saudi and the future of the kingdom’s construction industry: 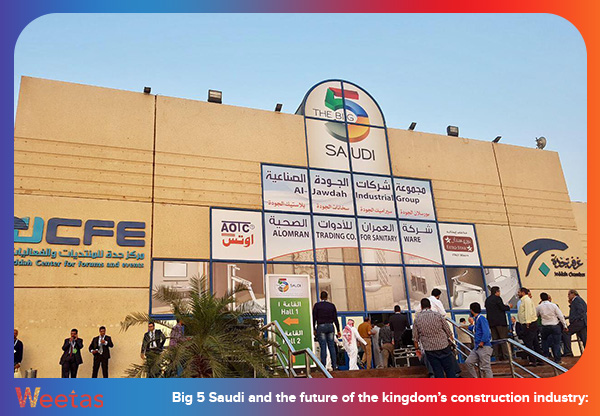 As the GCC countries’ movement and shift towards the development of the non-petroleum sectors increases to keep up with the world’s fast-paced movement towards the post-oil era, the growth of the construction industry in the Arabian Peninsula’s largest kingdom is expected to not only keep going on its current fast pace, but also to accelerate over the upcoming decade.

And while it is certain that Big 5 Saudi is going to play a pivotal role in this growth, it is safe to expect that other major events are going to take place in the near future as well.