22 main projects are included in the economic recovery plan of Bahrain, comprising major projects in telecommunication and infrastructure, tourism, education, youth and sports, health, housing, and manufacturing. At the foremost of these projects is building five new cities that will expand the urbanized area of Bahrain by 60%.

As part of this post-pandemic integrated economic recovery package, The government of Bahrain has announced the launch of investment opportunities totaling more than $30 billion.

The economic recovery plan strives to attract more than $3 billion in direct foreign investment over the next two years, as well as 13 million visitors annually from around the globe. 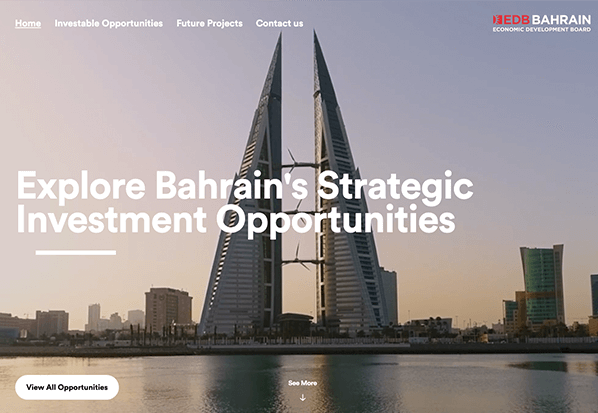 The Economic Development Board in Bahrain has announced the launch of the investment platform invest.bh. This platform allows investors to access investment opportunities in the Kingdom’s new strategic projects as part of Bahrain’s Economic Recovery Plan.

The platform helps investors explore current investable and future planned projects in the Kingdom of Bahrain across a large variety of sectors including industry, infrastructure, tourism, and housing projects. 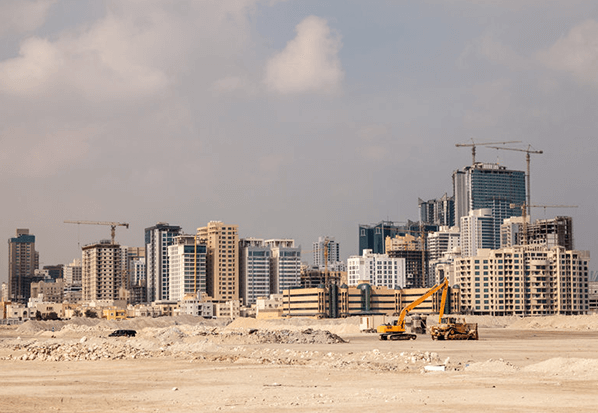 His Royal Highness Prince Salman bin Hamad Al Khalifa, Crown Prince and Prime Minister, who is head of the High Urban Planning Committee, issued an edict establishing the task force assigned to review and study the plans of the cities to be developed.

The panel shall appraise the primary designs and implement technical observations in regards to planning economic, social, and environmental aspects of the new cities. It will also propose an executive plan and draw necessary procedures for it.

The panel is required to submit monthly reports to the High Urban Planning Committee on its work, along with recommendations. To do so, all ministries and state entities are required to supply the task force with all the data and information deemed necessary to conduct its duties.

Some of the new projects in the economic recovery plan 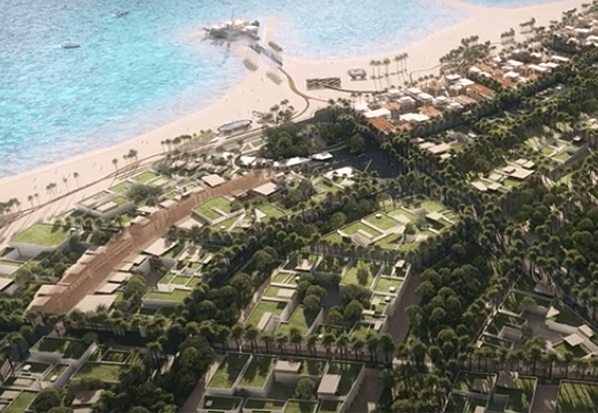 Seeking to boost visitors, the new projects include an integrated tourist city of about 5.7 million square meters that will house a wide variety of tourist resorts. Located in the southwest of the Kingdom, this project aims to shine a brighter light on Bahrain’s tourism and attract tourists from around the globe.

Phase one of the project includes public beaches and a 1.2 km walkway. With recreational and tourism facilities being the main focus, the project will also include residential projects. 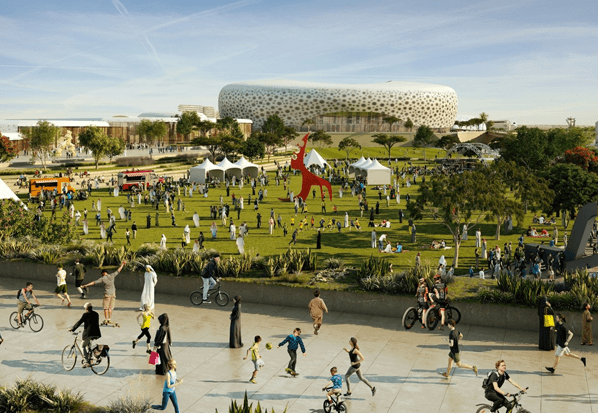 The projects include a sports city comprising the largest football stadium and other sports facilities. 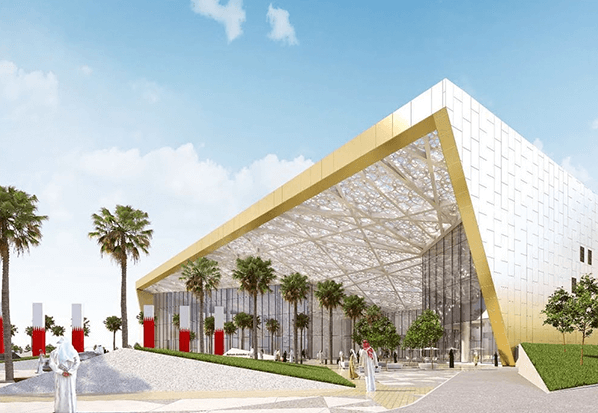 An exhibitions city that is intended to be the largest in the Middle East will be built around a Bahrain International Exhibition and Convention Centre. 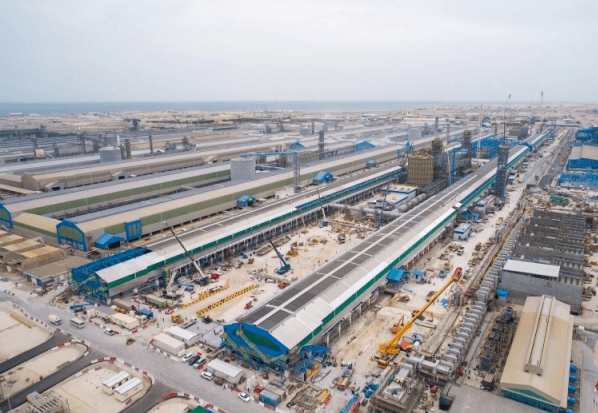 Also in the plan is an aluminum industrial region that will expand over an area of 472,000 m2 around the existing Aluminium Bahrain (Alba) plant which contains one of the world’s largest aluminum smelters. 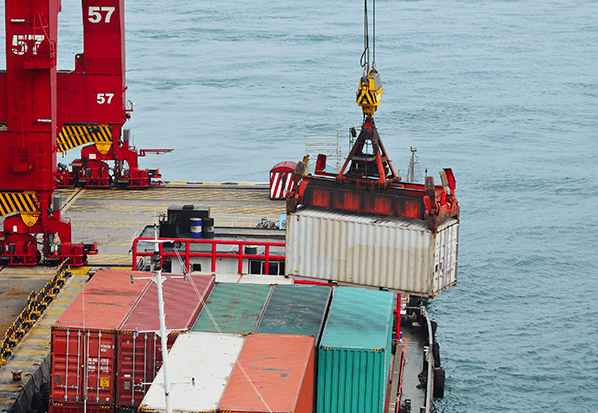 A memorandum of understanding was signed between the Kingdom of Bahrain and the United States of America to have a commercial, manufacturing, and logistics zone built in partnership with the United States.

The government also launched the Sharaka program, which permits private developers to develop government lands. It is set to be expanded over the upcoming years to encompass more than 16,000 housing units. 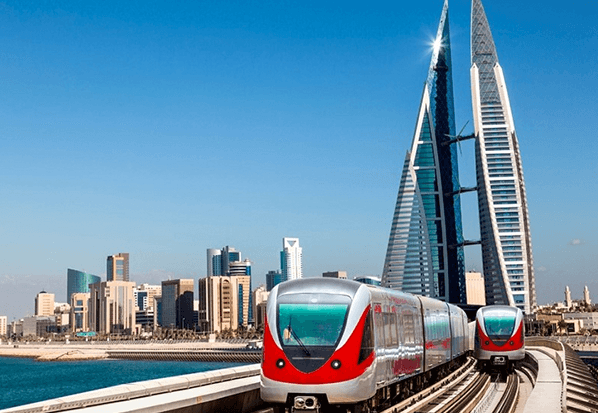 With a length of 109 km, a metro network covering all areas in Bahrain is set to be implemented over a few phases.

Phase one of the project entails the construction of two 29-km lines with 20 stops, one connecting Bahrain International Airport and Seef District, and the other linking Juffair and the educational district in Isa Town. 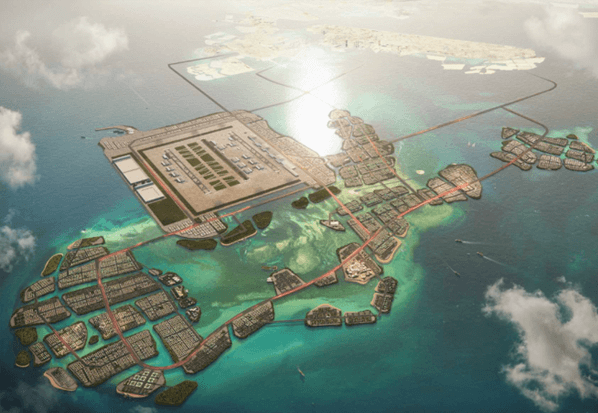 Al-Jarm Island is set to be the location of Bahrain’s future new international airport. It will also be an upscale residential and lively touristic destination.

The island is planned to be surrounded by canals and depend on integrated and sustainable mobility. 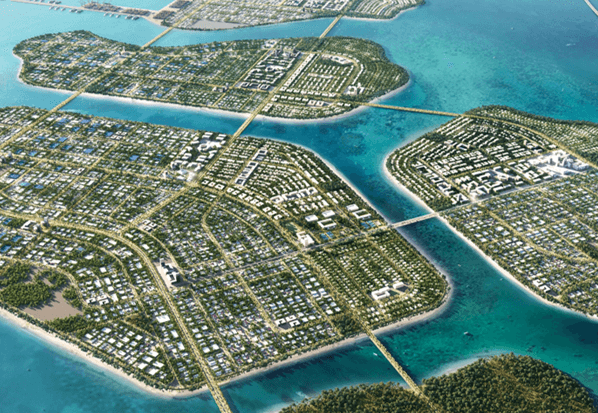 Al-Azm Island will be an industrial investment zone with an area of more than 100 square kilometers. It will host industrial, logistics, residential communities, and investment opportunities for clean industry, new technologies, and renewable energy. 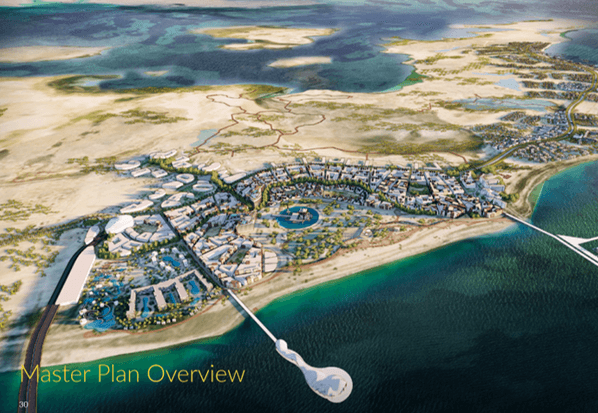 The island city will be divided into four areas that comprise nature reserves, contemporary urban centers, and waterfront resorts, with a series of walkways to connect everything in a marvelous landscape. 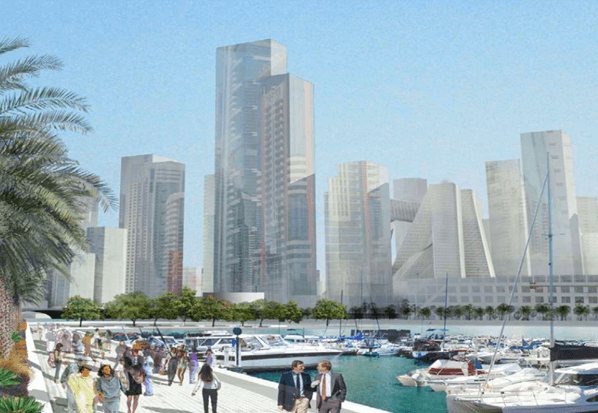 The new city is still at the stage of master-planning at the moment, investment opportunities are expected to be announced in the near future. 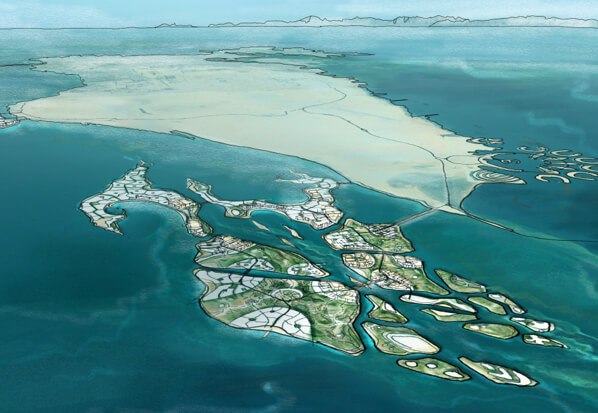 A group of islands surrounded by mangroves, the master plan, and the investment opportunities is yet to be announced.

To learn more about new projects in Bahrain see also: