9 Arab cities worth living in: Quality of Life Ranking

With a rich culture, vibrant life, and friendly locals, Arab cities have something special about them. Across the GCC and Middle East, these Arab Cities offer a lifestyle of serenity and modernity.

While the Quality of Life Index is constantly changing, these 9 cities have managed to stay. Although each of them is unique its own way, they all share one quality; they are the Arab world’s best cities to live in. 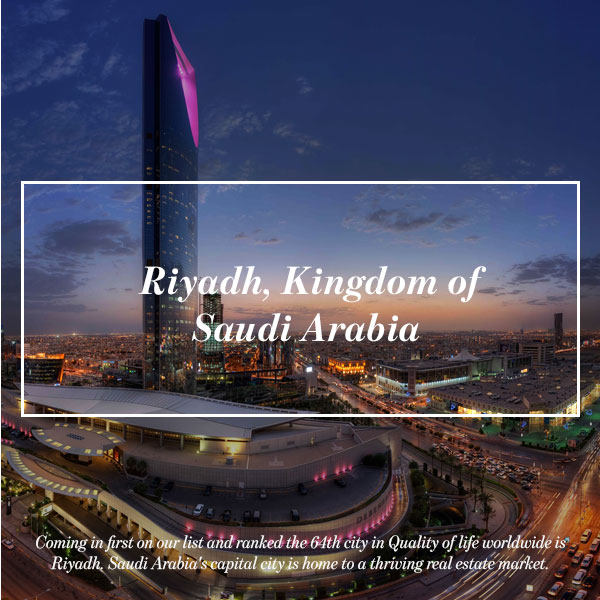 Coming in first on our list and ranked the 64th city in Quality of life worldwide is Riyadh. Saudi Arabia’s capital city is home to a thriving real estate market. The country’s rich history and economy provide a backbone to the bustling city life. The modern architecture, new metro project, and a relatively low cost of living are only a few reasons why Riyadh is a city worth living in. 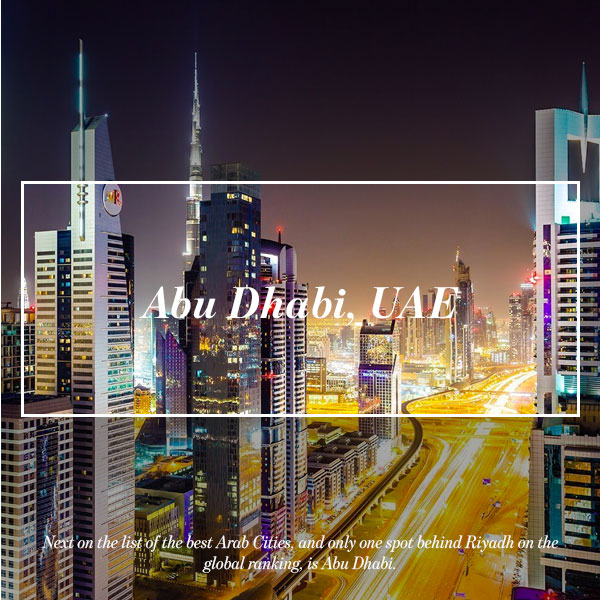 Next on the list of the best Arab Cities, and only one spot behind Riyadh on the global ranking, is Abu Dhabi. The UAE’s capital has witnessed a surge in its real estate scene. It is also a backdrop for soaring skyscrapers and mega shopping malls. A touristic and commercial hub, the capital city of Abu Dhabi provides a safe metropolitan environment for its residents. 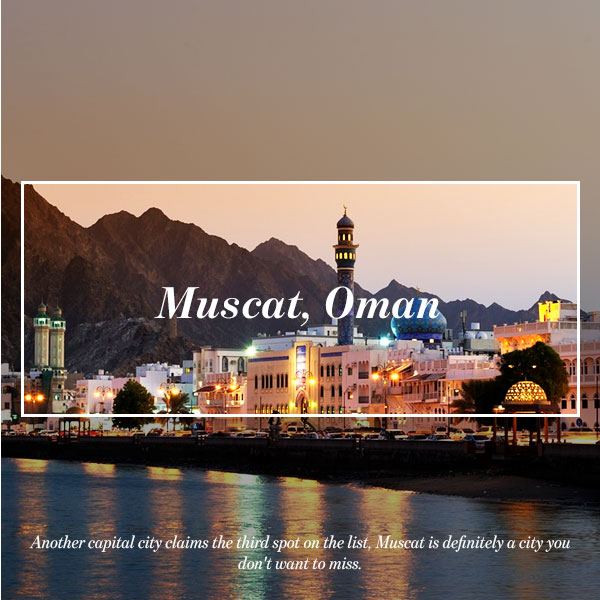 Another capital city claims the third spot on the list, Muscat is definitely a city you don’t want to miss. With a history dating back hundreds of years and breathtaking natural scenery, Muscat deserves this spot on the list. Mosques, museums, as well as The Royal Opera House Muscat are but a few of the city’s gems. 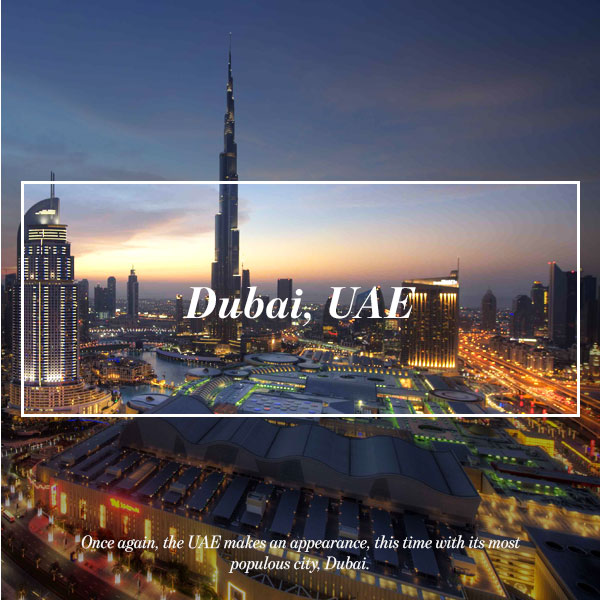 Once again, the UAE makes an appearance, this time with its most populous city, Dubai. This Arab city is famous for a luxurious lifestyle, glamorous hotels, and of course, endless shopping. Not to mention the modern and futuristic architecture. In recent years, Dubai has become a major tourism center with a growing real estate market full of skyscrapers and artificial islands. 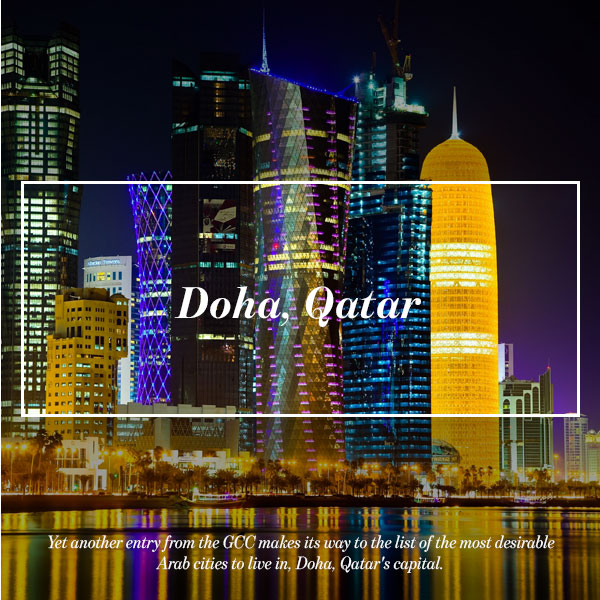 Yet another entry from the GCC makes its way to the list of the most desirable Arab cities to live in. Doha, Qatar’s capital, houses the spectacular Museum of Islamic Art designed by I.M Pei. Furthermore, it boasts traditional markets, modern skyscrapers, and one of the safest environments in the region. 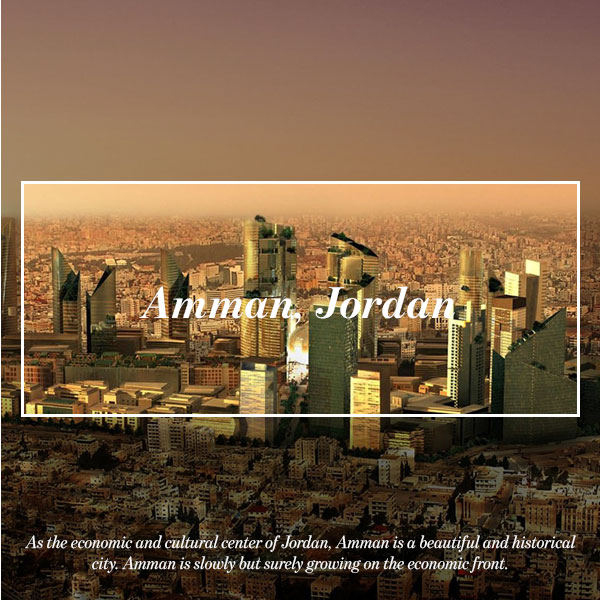 As the economic and cultural center of Jordan, Amman is a beautiful and historical city. Amman is slowly but surely growing on the economic front. Currently, it is one of the most popular destinations in the Arab world for multinational companies to set up their regional offices. The city is also known for the rich history that runs through its ruins. 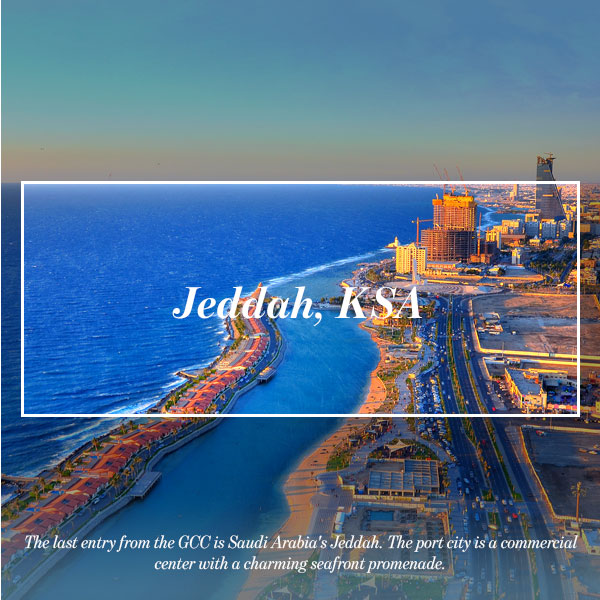 The last entry from the GCC is Saudi Arabia’s Jeddah. The port city is a commercial center with a charming seafront promenade. Resorts, beaches and outdoor sculptures line the Corniche. With a prime location and a safe, quiet way of living, the city deserves its place on the list. Jeddah is also the main gateway to Mecca. 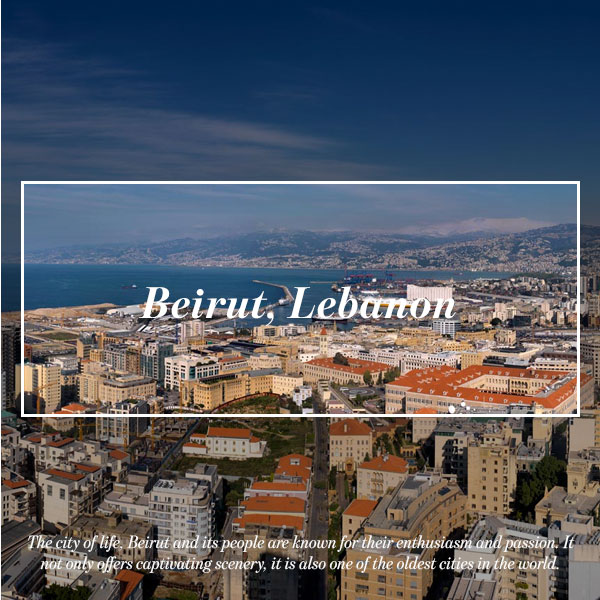 The city of life, Beirut and its people are known for their enthusiasm and passion. This city not only offers captivating scenery, it is also one of the oldest cities in the world. Dubbed “Paris of the Middle East”, Beirut is where ancient and modern architecture meet. Its busy streets are always alive and cheerful, welcoming anyone who walks by. 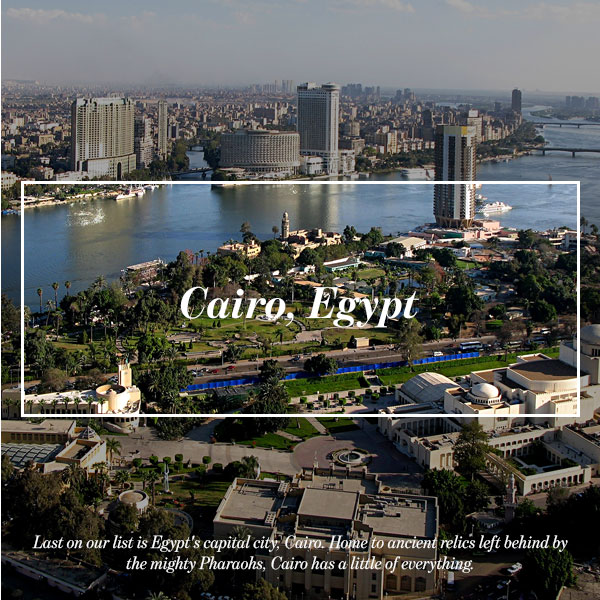 Last on our list is Egypt’s capital city, Cairo. Home to ancient relics left behind by the mighty Pharaohs, Cairo has a little of everything. The city provides a warm environment for locals and tourists, as well as around-the-clock services. Set on the Nile River, Cairo also holds a treasure of calming views. Its embracing manner is one of the reasons why it is an Arab city worth living in.

For more information about life in Urban cities see also:

Rent to Income Ratio in 17 Major Cities throughout the World