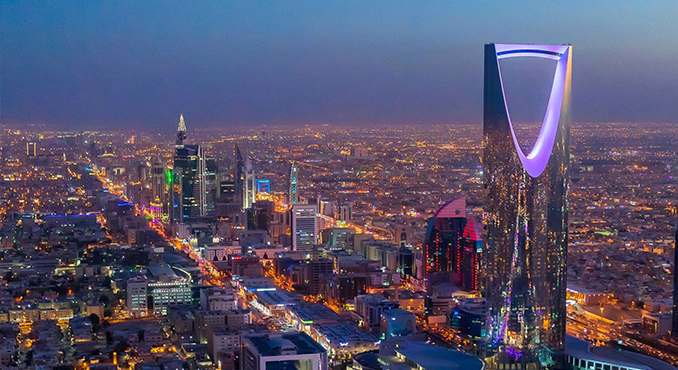 A spacious, multicultural, wealthy country, there is no lack of things to do in Saudi Arabia. Aside from thriving religious tourism, Saudi Arabia offers various types of tourism, and the sector keeps growing by the day.

In 2019, the Kingdom opened its door for tourists for the first time in history, and to encourage tourists, attractions, places to visit, and things to do started to emerge.

For people interested in culture and history, Saudi Arabia is an archaeological gift box to be explored. For years and years, the country has prevailed untouched and is therefore considered pristine land. Precious monuments have been left undisturbed, thereby unscathed, in the Arabian desert for centuries.

The golden beaches of the country are just as pristine as its archeological sites, which makes them another perfect tourist destination.

If you are wondering whether or not to pay a visit to the newly opened Kingdom, why don’t you join us on this virtual tour and take a look at what tourism in Saudi has to offer? 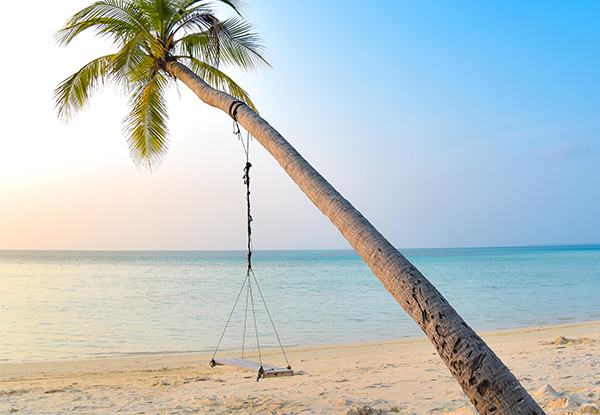 2,000km Of marvelous coastline, cerulean waters, golden sand, as well as an abundance of coral reefs and sealife make a beachfront vacation in Saudi Arabia something to dream of. 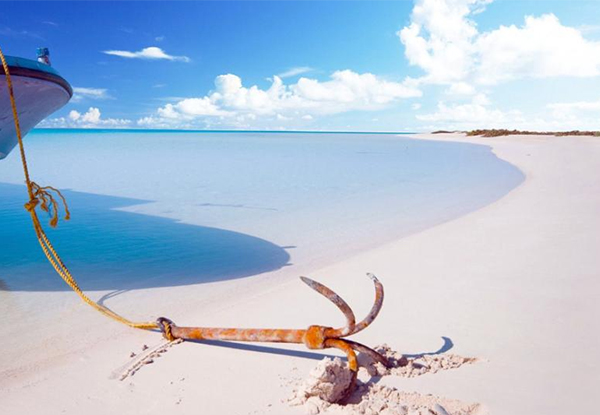 Nicknamed the Saudi Arabian Maldives, Umluj Beach is a sight for sore eyes. Numerous natural springs, no trace of consumerism with large ships and ferryboats banned from the area to preserve nature. With its clear, turquoise waters, the island is the ideal spot for viewing diverse marine creatures in their natural habitat

A haven for nature lovers, the island also features many different migrating birds choosing the sunny beaches over the cold. 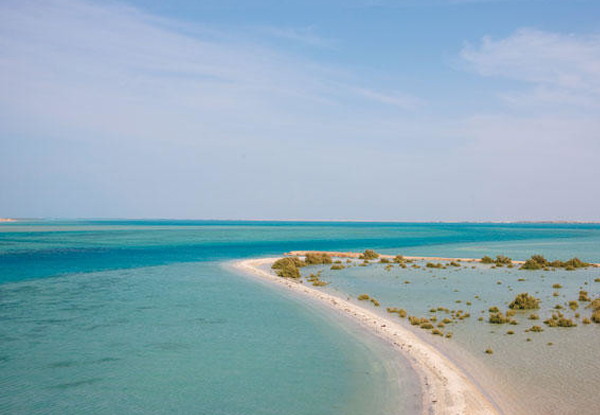 An abundance of underwater flora and fauna make this beach the perfect spot for scuba diving. In addition to that, the colors and the quietness of the place are extremely relaxing.

If you love diving this beach should definitely top your list of things to do in Saudi Arabia.

Farasan Al Kabir is the largest island in Farasan Islands, which is an archipelago 40km offshore from Jizan in Asir region. Part of their charm is that the islands are pristine and the marvelous beaches are unscathed. 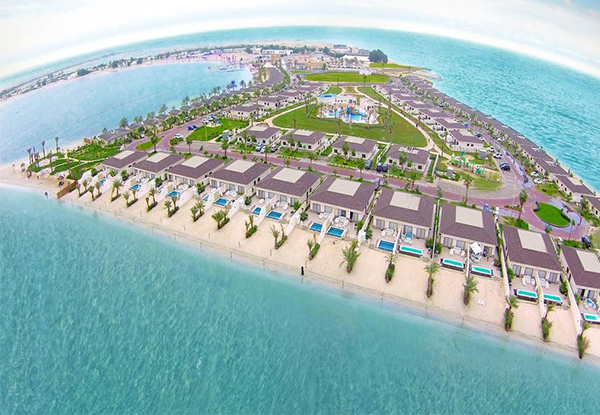 Named Half Moon Bay Beach after its lunar shape, the beach is one of the most beautiful shores in the Arabian Gulf. The shallow, clear waters and the scenic, white sand make this spot ideal for paddling.

Because this beach has been popular among locals for years it features various facilities and low-key entertainment options. 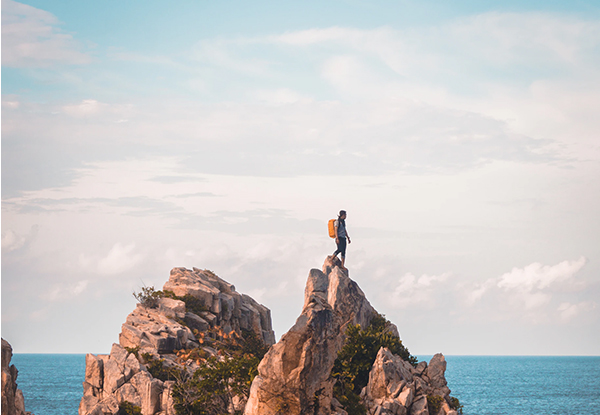 The diverse Saudi nature is an attraction on and into itself, in addition to beaches, deserts, the Kingdom boasts a large number of majestic mountain cities.

Walk among flowers in Taif 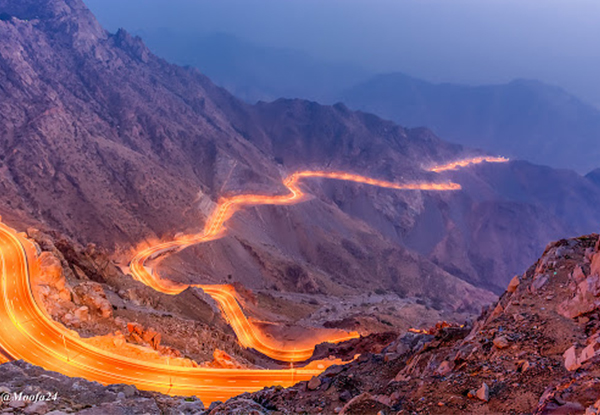 The city of roses, Taif features an abundance of fruit markets, rose farms, and deep green valleys. It is famous for the fragrant flowers that grow in the wadis and mountains around it. Due to its altitude, Taif makes a cool escape from the summer heat around the Kingdom. Beautiful all year round, the best time to explore Taif is either in April when the roses bloom or in August when Souq Okaz cultural festival and the Crown Prince Camel Festival are amongst the attractions you can enjoy around town.

Walk among the clouds in Baha 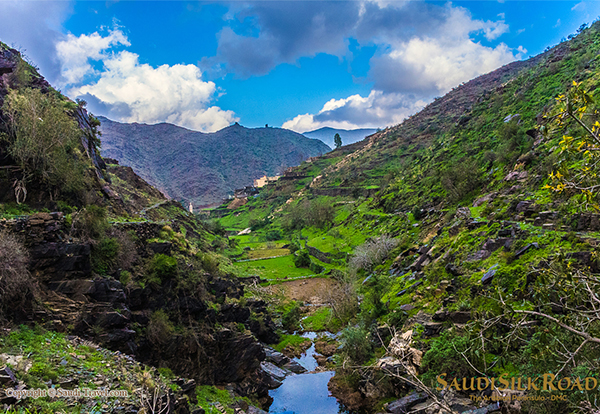 In addition to all that, the city has its own cultural identity with the 1,001 stone kasbah, lookout towers, built by the ancient Ghamid and Zahran tribes.

What makes Baha a unique destination in Saudi Arabia are the hairpin mountain bends, with their apricot and pomegranate orchards, and their deep green forests, all covered in clouds, you can literally drive or walk among clouds in Baha.

Get real mountainous experience in Abha 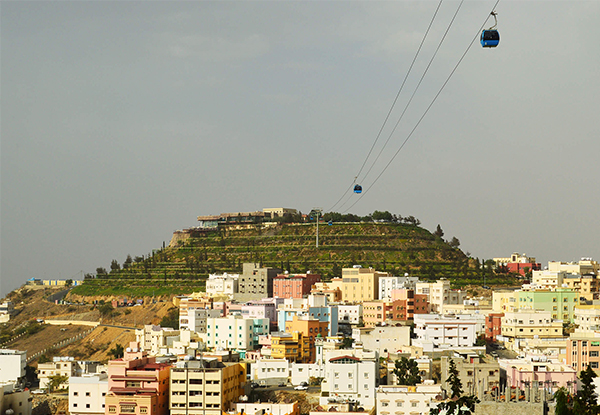 The capital of Asir Province, Abha is famous for being the highest large city in the Kingdom. It features the 6th largest population in the KSA.

When in Abha, you have to pay a visit to Jebel Akhdar in the southern part of the city. It is a green 2340-meters high mountain that offers the best viewpoint over the city and its surrounding peaks. It is relatively easy to climb and is one of the best things to do in Saudi Arabia.

Take a walk through history 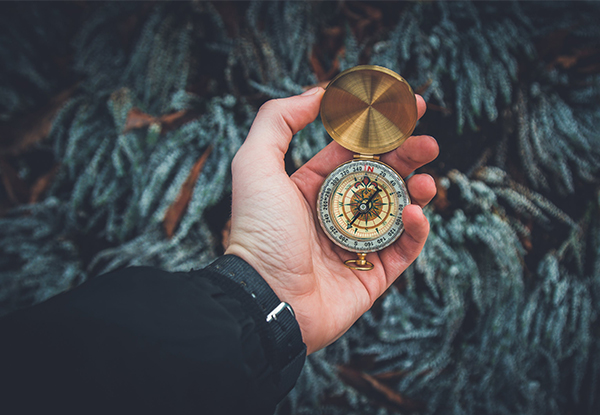 An unexplored archeological gem, the Kingdom is home to five Unesco World Heritage sites. These should top the list of things to do in Saudi Arabia. 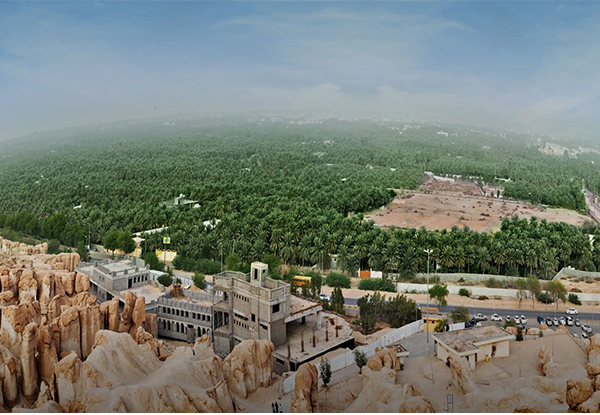 The largest oasis in the world, Al-Ahsa is a place like no other, it shows an unbelievable geocultural scenery.

On the eastern side of the country, the Al-Ahsa Oasis incorporates fields, 2.5 million date palms, canals, springs, reservoirs, and a drainage lake. In addition to its natural beauty, the area comprises historical buildings and archaeological sites.

The importance of the area is that it is considered an extraordinary example of human interaction with the environment, we can clearly see how human life settled in the spot from the Neolithic to the present through the remaining historic fortresses, mosques, wells, canals, and water management systems.

The first World Heritage property to be inscribed in Saudi Arabia, the 2,000-year-old city formerly known as Hegra, is the largest conserved site of the civilization of the Nabataeans south of Petra in Jordan.

The site comprises 111 majestic tombs, 94 of which feature decorated facades dating from the 1st century BC to the 1st century AD. And everything is impressively well-preserved.

With its advanced water wells, the site is considered an excellent example of the Nabataeans’ architectural achievement and hydraulic expertise.

The site also features 50  inscriptions of the pre-Nabataean period as well as some cave drawings. 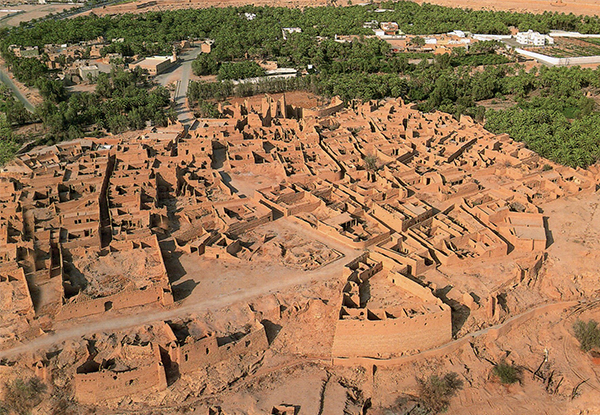 Founded in the 15th century, This property, which includes the remains of many palaces and an urban ensemble built on the edge of the ad-Dir’iyah oasis, was the first capital of the Saudi Dynasty.

It is situated north-west of Riyadh and bears witness to the Najdi architectural style, which is specific to the center of the Arabian peninsula.

During the 18th and early 19th century, the citadel became the center of the worldly power of the House of Saud as its political and religious role increased.

Historic Jeddah, the Gate to Makkah 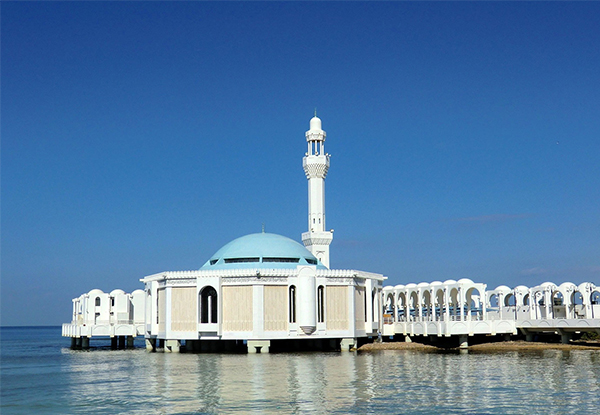 Established the 7th century AD as a major port for trade routes, channeling goods to Mecca, Historic Jeddah is situated on the eastern shore of the Red Sea. The port also served as a gateway for Muslim pilgrims to Mecca.

Characterized by a distinctive architectural tradition, including tower houses built in the late 19th century by the aristocracies, the Historic city became cosmopolitan.

The architectural style combined Red Sea coastal coral building traditions with influences and crafts from along the trade routes.

To learn more about tourism in the kingdom see also:

A tour in Kuwait : Top 5 Things to do in Kuwait

A Tour in Oman: The Land Of Unparalleled Beauty And Amazing Adventure