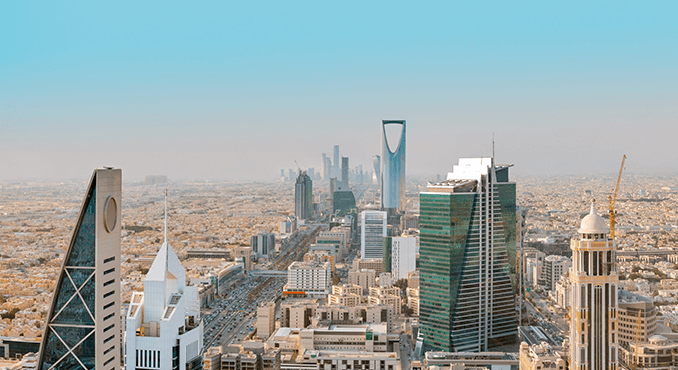 Saudi Arabia is the vast desert where the dawn of Islam started, where prophet Mohamed was born and received his prophecy. It is the second biggest tourist destination in the Middle East with over 16 million visiting in 2017. Although most of the tourists who visit Saudi Arabia are largely religious pilgrimages, there is growth in the leisure tourism sector. Saudi Arabia is a safe destination that actually has one of the lowest crime rates in the world due to regular police presence in public. And as the tourism sector has been largely boosted lately, the sector is expected to be the white oil for Saudi Arabia.

Saudi Arabia’s rich heritage and traditions have been shaped by its position as a historic trade hub and the birthplace of Islam. In recent years, the Kingdom has witnessed a significant cultural transformation, evolving century-old customs to fit the contemporary world we live in today. So the first thing to note is that Saudi Arabia is far more diverse in landscape and scenery than you might imagine.

Keep reading for a full guide on everything you want to know before you visit Saudi Arabia!

Also Read: Tour of the Kingdom: Things to do in Saudi Arabia 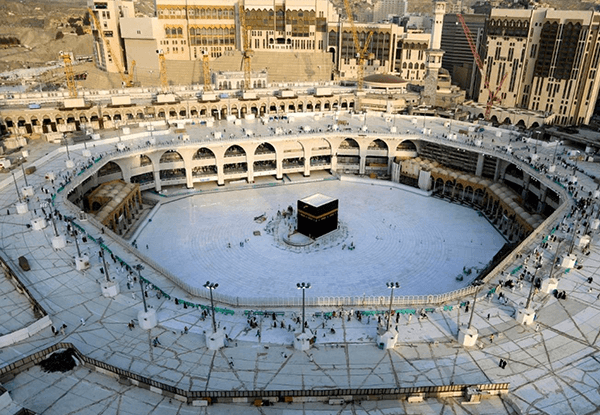 The top places to visit in Saudi Arabia are Makkah& Madina (for Muslims only) Madain Saleh, Yanbu, Jeddah, and Riyadh.

Makkah and Madina: Tourism in Saudi Arabia still largely involves religious pilgrimages. Mecca receives over three million pilgrims a year during the Hajj season, and around two million during the month of Ramadan to perform Umrah. During the rest of the year, Mecca receives around four million for Umrah. Only Muslims are permitted in Mecca and Madina.

Madain Saleh: Madain Saleh in Saudi Arabia is so similar to Petra of Jordan, being a Nabataean city hewed out of rock in the same style as Jordan’s top tourist destination. Madain Saleh is on UNESCO’s tentative list for World Heritage inclusion. The closest city from where you can get to Madain Saleh is Al Wajh, with Medina being a bit further away. For anyone with a visa, it’s a must to visit and certainly one of the best sights in the country.

Yanbu: Yanbu is a big tourist destination and major Red Sea port in western Saudi Arabia. Although the city is known for its industrial activities, it is now growing as a tourist destination. The beach is used for scuba diving as well as swimming and relaxing in front of the white sandy shores.  It has a very big beach called the “Royal Commission Beach”.

Jedda: Known as the Bride of the Red sea, Jedda is a large metropolitan city with an outstandingly beautiful old town and an amazing waterfront. Jeddah is a beguiling and culturally rich melting pot where every race of the Red Sea is represented. Most people fly directly to Jeddah which is the best getaway for a week of beaching, diving, and snorkeling.

Riyadh: Riyadh, the birthplace of modern Saudi Arabia, where old-world charm meets 21st-century vision. It’s a city rich in history, boasting myriad forts, palaces and museums, and some of the country’s most colorful souks. Riyadh is the country’s capital. It’s a modern metropolis with a thriving financial and business center and a growing cultural scene.

Here are the most popular events and festivals that take place every year in Saudi Arabia: 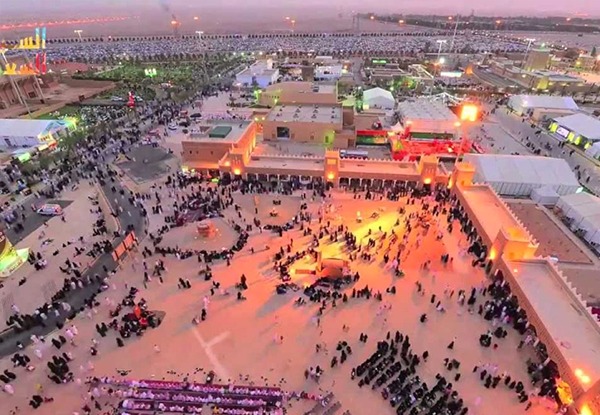 Janadriyah National Festival is Saudi Arabia’s biggest folk and cultural festival. It takes place for two weeks each February in Janadriyah, about 50 km from Riyadh. You’ll enjoy thrilling horse and camel races among the highlights of Saudi Arabia’s liveliest non-religious public gathering. Additionally, Some of Saudi Arabia’s most talented poets recite their latest compositions while artisans from across the country sell and display their crafts. 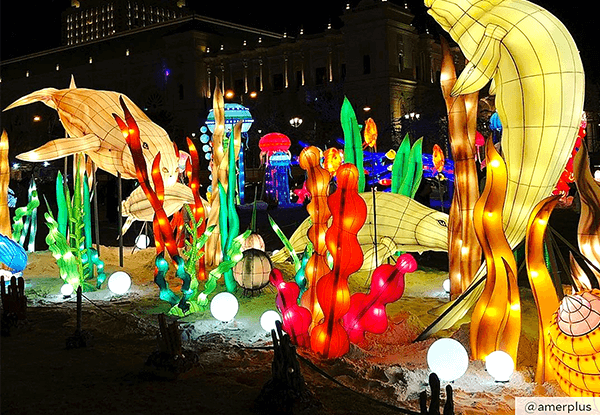 Jeddah Festival is the most tourist-friendly Saudi festival. This festival takes place in the port city of Jeddah between June and July. The first Jeddah Festival was held in 2000 to attract more tourists to Saudi Arabia’s second-largest city, but the festival has now grown to include over 200 exciting events. Visitors can try traditional Saudi dishes, purchase local handicrafts, or watch the opening fireworks display over Jeddah’s beautiful Corniche.

Unification of the Kingdom Day 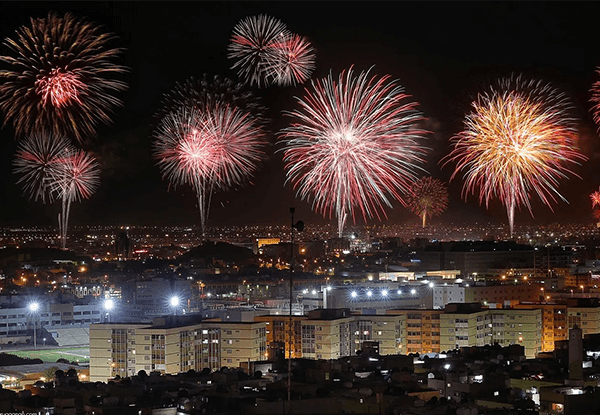 This unique public holiday takes place each September 23 on the anniversary of the country’s 1932 founding. Although many Saudis still choose to quietly celebrate this holiday at home, growing numbers of young Saudis have chosen to express their national pride more overtly by singing, dancing, honking car horns, and waving Saudi flags. 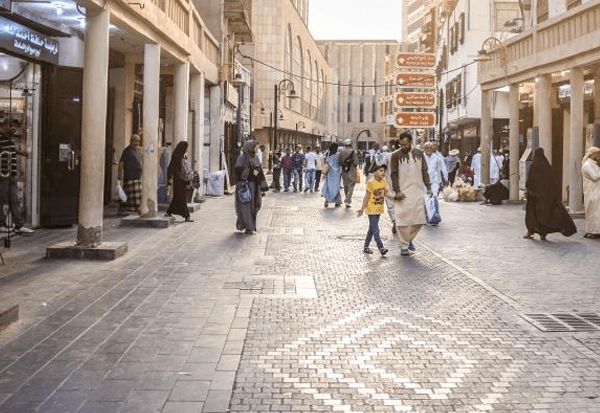 Most of Saudi Arabia has a hot desert climate so it’s not recommended to visit Saudi Arabia in the summer. On the other hand, you can take advantage of the kingdom’s beautiful winter weather to explore Saudi Arabia. The balmy days and cool nights are perfect for camping, rock climbing, or just exploring the bustling cities and verdant highlands. In spring, rainfall is at its highest, particularly in the central region and in the southwest over the Asir Mountains. Autumn brings gentler weather and cool breezes in both Saudi Arabia’s northern regions and the southwestern highlands. 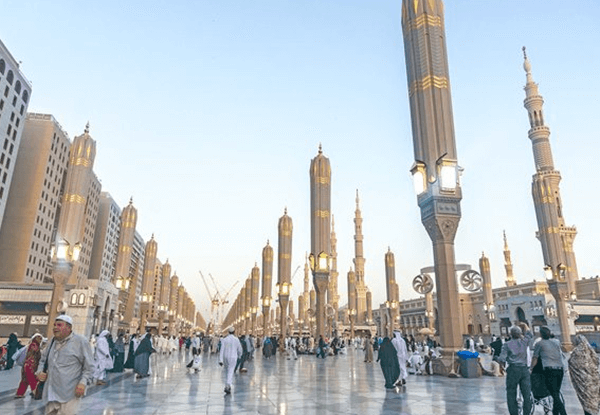 Arriving in Saudi Arabia can be through 13 international airports served by various global airlines. There are also 15 domestic airports connecting the country regions and cities. Flying is the only comfortable means of long-distance travel. State carrier Saudia has the best schedules, with near-hourly flights on the busy Riyadh-Jeddah sector (90 min) and walk-up one-way fares costing a reasonable 280 Saudi riyals (SR).

The best way to get around in Saudi Arabia is by car. There are no buses in the cities, which means public transportation is non-existent. There is an option for UBER and Careem, but the distances are very far in the cities, so the price will be quite expensive.

Both men and women are asked to dress modestly in public, avoiding tight-fitting clothing or clothes with profane language or images. Women should cover shoulders, chest, and knees in public.