Royal lifestyle: The most expensive properties owned by Arab Royals

The GCC region is a very important source of cross-regional capital in the global real estate market. Arabs spend billions each year buying expensive properties. How many of these billions belong to Arab royals?

The question has been haunting many people since it became known that Saudi crowned prince has bought the most expensive house in the world.

Ever wondered what royal houses look like? How Arab royals live and vacate? Here is your answer!

Here are some of the most expensive properties owned by Arab royals. 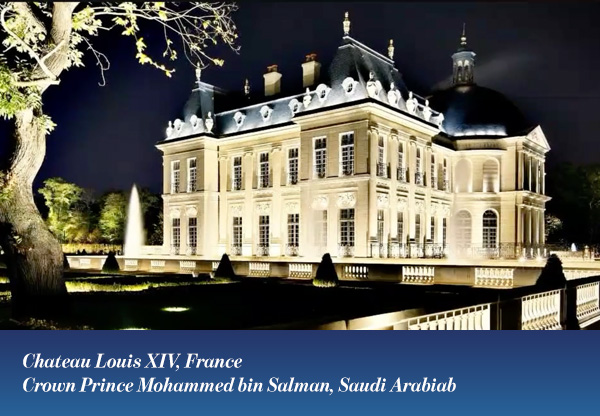 On top of the list, the most expensive house in the world which was bought by one of the richest Arab royals!

The chateau is built in the style of Louis XIV, and a statue of Louis XIV himself, made of Carrara marble, watches over the grounds.

With its gold-leafed fountain, marble statues and hedged labyrinth set on a vast 57-acre landscaped park, the grand chateau appears to have been built in the time of Versailles, the royal palace that sets the benchmark for extravagant luxury.

Emad Khashoggi, the chateau’s developer, has bulldozed a 19th-century castle in Louveciennes to build this chateau in its place in 2009.

Behind the classic 17th-century design lies 21st-century technology though. Everything in the mansion can be controlled remotely by iPhone, the air conditioning, sound system, lights and even the fountains.

In addition to that, there is a grand movie theater and a transparent underwater chamber with sturgeon and koi swimming overhead.

Prince Mohammed bin Salman was born on 31 August 1985, the eldest son of then-Prince Salman bin Abdul Aziz Al Saud, In June 2017 he was elevated to the position of the crown prince of the kingdom of Saudi Arabia. The current crown prince is known for launching the Saudi ambitious 2030 economic development program. 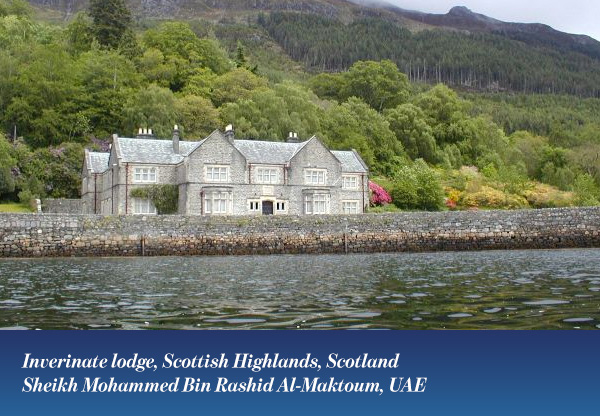 Sheikh Mohammed Bin Rashid al-Maktoum, the ruler of Dubai, prime minister and vice president of the United Arab Emirates, bought this estate more than 30 years ago. His family has been visiting the estate every year in the summer.

The present Inverinate House was built in 1929 following a fire in 1864 which destroyed the original building. The original lodge comprised 14 bedrooms. Recently though, the Prince has built a small addition to the house!

The massive new 16-bedroom lodge in the Scottish Highlands is even bigger than the original house!

The 63,000-acre estate in Inverinate in Wester Ross and is near one of Scotland’s most famous landmarks, Eilean Donan Castle.

Moreover, the Sheikh has acquired permits to build four helipads behind the walled garden on the remote Highland estate to transport his guests to the property. 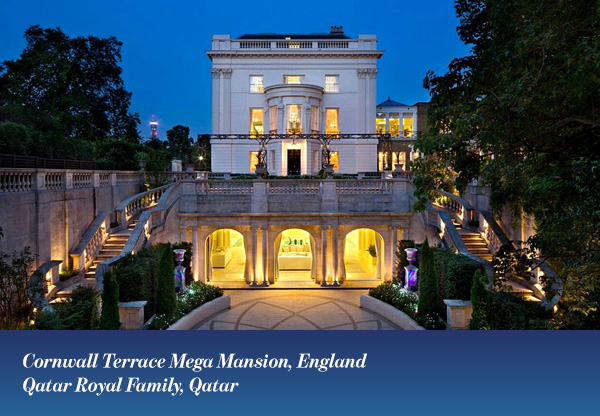 The Qatar royal family has combined the three properties together into one megamansion: 1, 2 and 3 Cornwall Terrace.

This new home is expected to be London’s most expensive, with an expected worth of £313 million when completed.

The huge mansion was designed by Decimus Burton, famous as the protégé of John Nash, Buckingham Palace’s architect. 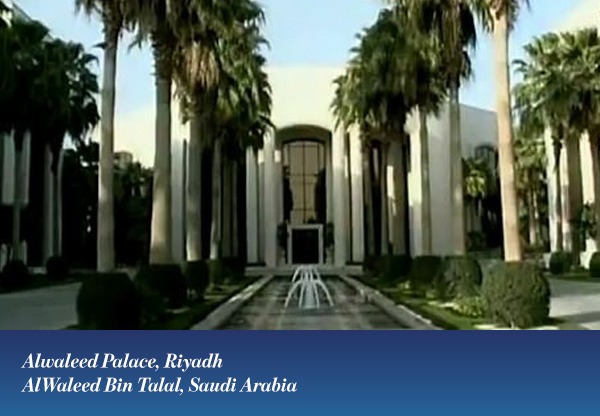 It takes more than an hour to tour this unbelievably large palace in Riyadh comprising 420 rooms! The palace is as luxurious and extravagant as they can get, with two indoor pools and an indoor tennis court.

There is also a 120-acre “farm and resort” addition to the palace, this part lies at the edge of the city and includes a mini-Grand Canyon, mini-zoo, horse stables, five artificial lakes and multiple residences. 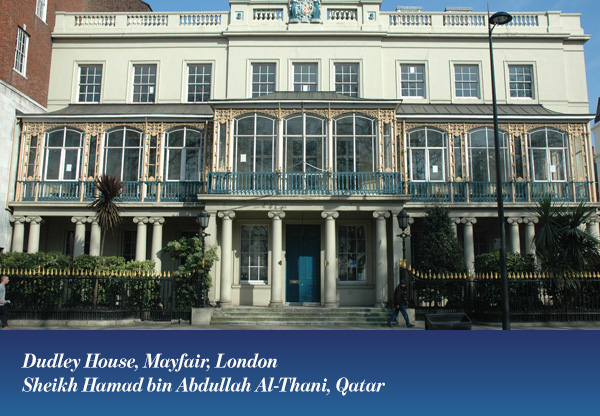 One of the few surviving aristocratic townhouses in London, Qatari sheikh Hamad bin Abdullah Al-Thani, has restored this 44,000 square feet to its lost glory.

The house includes some rather extraordinary art and antiques that are probably worth millions as well. 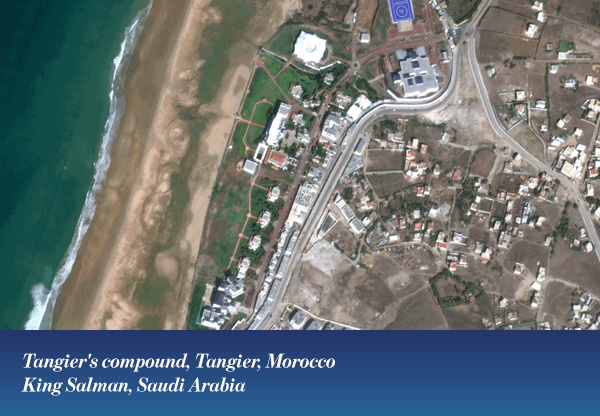 One of the Saudi ruler’s favorite hideaways, the sprawling complex is surrounded by 1,500 meter of wall, has its own medical facilities and a state of the art restaurant-style kitchens.

The retreat has gone through renovations last year to include two helipads, several extra buildings and a massive tent.

King Salman bin Abdulaziz Al Saud was born in 31 December 1935, he has been King of Saudi Arabia, Prime Minister, Custodian of the Two Holy Mosques and head of the House of Saud since 2015.