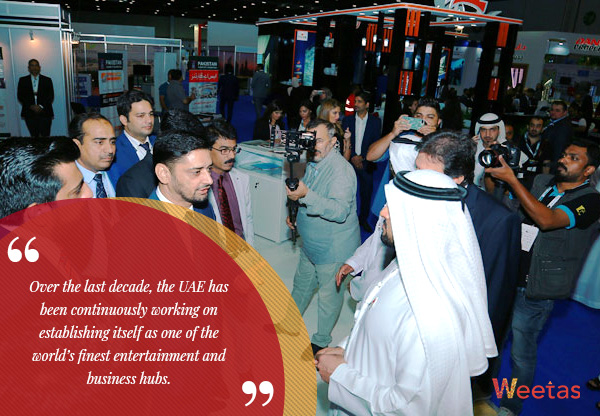 Over the last decade, the UAE has been continuously working on establishing itself as one of the world’s finest entertainment and business hubs. Although most of this fame was deservingly earned by Dubai – which turned over the years into one of the world’s top entertainment and leisure hubs, the capital Abu Dhabi maintained its position as a very vital business and commercial hub.

We can see this reflected most notably in the fact that Abu Dhabi contributes almost two-thirds of the $400bn economy of the UAE. Such contribution was supported and nurtured by the huge events and exhibitions hosted on annual basis by the UAE capital, the most notable of which being the International Real Estate and Investment Show, also known as IREIS.

A three-day annual exhibition of both local and international real estate markets, IREIS is the only Business to Consumer (B2C) real estate event to be hosted in Abu Dhabi that has been targeting customers and investors directly for 10 years so far.

The show also serves as sales and marketing platform since it enables on-spot sales, which adds even more to the unique value it offers to both its exhibitors and visitors. 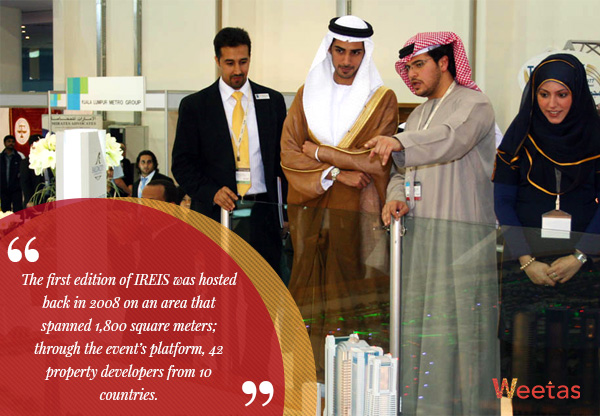 The first edition of IREIS was hosted back in 2008 on an area that spanned 1,800 square meters; through the event’s platform, 42 property developers from 10 countries have successfully made sales of $75m worth properties to more than 4,200 visitors. Ever since then, IREIS has been continuously growing over the years to become the main real estate investment event and property show in Abu Dhabi.

In the event’s edition of 2016 which was held over 6,000 square meters of space, more than 90 real estate developers from 72 countries have showcased their projects to more than 8,500 visitors. As a result of that, the total sales of the show exceeded the $180m mark. 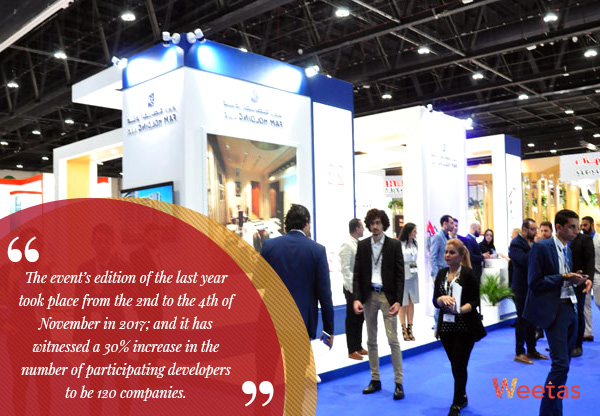 Following up on that success, the event’s edition of the last year took place from the 2nd to the 4th of November in 2017; and it has witnessed a 30% increase in the number of participating developers to be 120 companies, half of which were local companies from Dubai, Abu Dhabi and Sharjah. Key local developers that attended the exhibition included Damac Properties and Majid Al Futtaim.

On the other hand, the second half of the development companies came from 75 countries worldwide that included India, Spain, Philippines, Pakistan, Bahrain, Oman, Kuwait, and the United States.

With its theme being “citizenship by investment,” IREIS 2017 was divided into two main sections. The first section served as a platform for both local and international property exhibitors to show their latest projects.

On the other hand, the second section focused on the ways investors and expatriates can obtain both residency and citizenship through real estate investment in a number of countries including the United States, the Caribbean Islands, and Portugal.

According to Antoine George, the general manager of the show organizing company, IREIS 2017 witnessed a significantly increasing demand on the UAE’s property market. George has attributed this surge of demand to the reduction in the prices of the properties in the UAE, adding that the UAE property prices are expected to rise up again in the upcoming two years as the highly anticipated event of Expo 2020 Dubai draws near.

The effect of the properties’ reduced prices was even further supported by the price discounts offered by the local property developers which ranged from 3% – 5%. 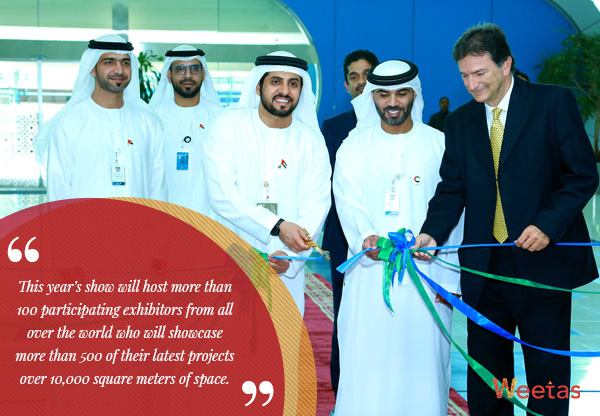 Like its preceding editions, IREIS 2018 will take place over the course of three days at the Abu Dhabi National Exhibition Center (ADNEC) from Thursday November 1st to Saturday November 3rd.

This year’s show will host more than 100 participating exhibitors from all over the world who will showcase more than 500 of their latest projects over 10,000 square meters of space. The visitors, whose numbers are expected to exceed the 12,000 visitor mark, will comprise expatriates (52%), UAE National (32%), and GCC nationals (16%).

This will be the 10th edition of the show; besides the main event itself, IREIS 2018 will host many side events, the most notable of which is International Real Estate and Investment Conference, which will provide a communication channel and a platform for the developers coming from different countries to meet and discuss potential partnership and collaboration opportunities. 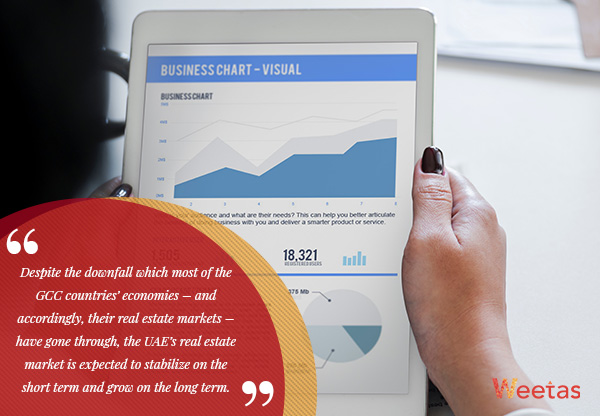 Despite the downfall which most of the GCC countries’ economies – and accordingly, their real estate markets – have gone through, the UAE’s real estate market is expected to stabilize on the short term and grow on the long term.

This prediction is supported by many other factors that include Expo 2020 Dubai whose preparations have already begun which means we will see a significant growth in the foreign investments and a soar in the demand on the commercial properties in Dubai, and the Value-added Tax (VAT) that has been imposed on the first day of 2018.

With that in mind, and considering the continuous growth IREIS have sustained through the years even the ones where the oil prices’ crisis was at its peak, we are expecting that the International Real Estate and Investment Show will play a key role in the predicted upcoming upturn of the real estate market of Abu Dhabi and the UAE overall.