We all know that Bahrain’s real estate sector has witnessed a boom in the last couple of years, however, lately and due to the economic slowdown and oil slump the Kingdom has been suffering from, the real estate sector has recorded a stability that is expected to continue till 2017 as mention by Cluttons Bahrain 2016/2017 winter property market outlook report.

And despite this economic tumble and rising inflation, but the residential market showed a remarkable flexibility in rental budget that exceeded expectations. However, when it comes to retail and office markets, it is unfortunate to say that they showed during the first nine month of 2016 a noticeable recession. 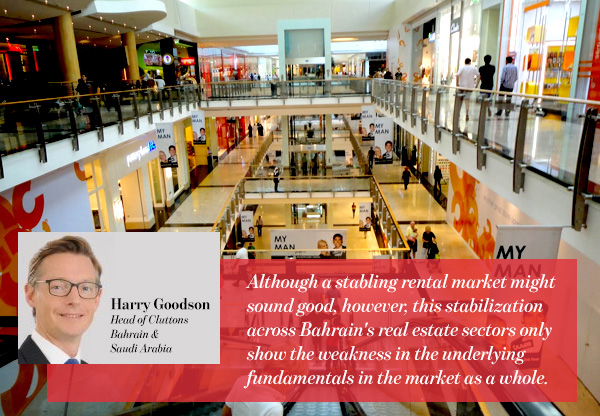 Although a stabling rental market might sound good, however, according to Harry Goodson, Head of Cluttons Bahrain and Saudi Arabia, this stabilization across Bahrain’s real estate sectors only show the weakness in the underlying fundamentals in the market as a whole.

Despite what the report expected about Bahrain’s real estate market for the upcoming periods, but Goodson referred that growth has been witnessed in some of the Kingdom’s developments in both the residential and retail market.

Let’s take Amwaj Islands for instance, the report stated that residential rents saw a marginal rise of 50 BHD per month for the four-bedrooms villa and that such rise wasn’t witnessed by any other sub-market during the third quarter of 2016. 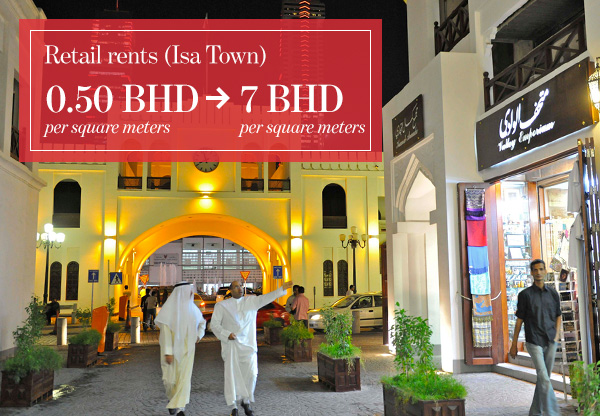 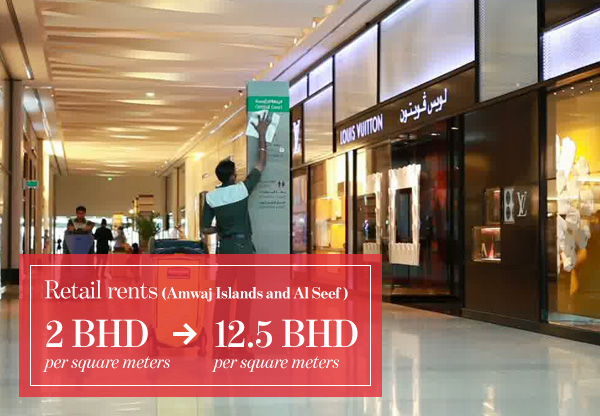 Going to the office market, the report also stated that rental prices have witnessed no change at all from the beginning of the year, however, the only change in this market which was witnessed in the fitted office spaces in Financial Harbour and Amwaj Islands with a rise of 0.50 BHD per square meters.

On the other hand, Faisal Durrani, the head of research at Cluttons, revealed that the research department previously predicted a 5% rental decline throughout 2016, however, after revising the current situation; it is anticipated that the residential rental market will preserve its stability as 2016 comes to an end.