Bahrain’s under construction sector has been showing a strong growth lately where developers became much more confident in the market and it’s capabilities, according to CBRE, the Global real estate consulting firm, report on Bahrain’s MarketView.

The report mentioned in its Q3 assessment to Bahrain’s market that the government has played a great role in funding infrastructure projects all over the Kingdom, which led to a rise in real estate transactions by 11% in the second quarter when compared to the same period last year. 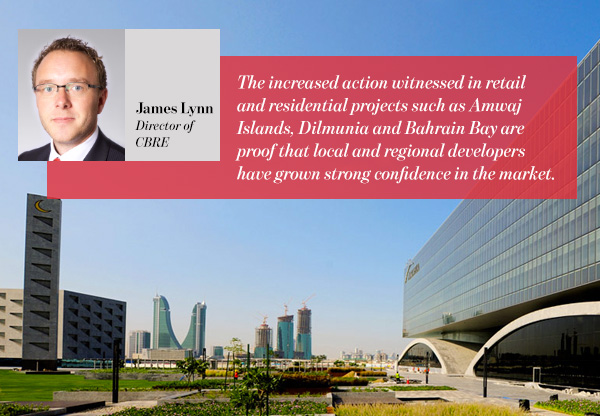 And according to James Lynn, director of  CBRE, the increased action witnessed in retail and residential projects such as Amwaj Islands, Dilmunia and Bahrain Bay are proof that local and regional developers have grown strong confidence in the market.

CBRE claimed that new residential projects across the Kingdom have been launched in prime locations where a number of projects are currently underway.

One of the leading developers in the Kingdom, Bin Faqeeh, has numerous schemes under construction at Bahrain Bay and Dilmunia as well. 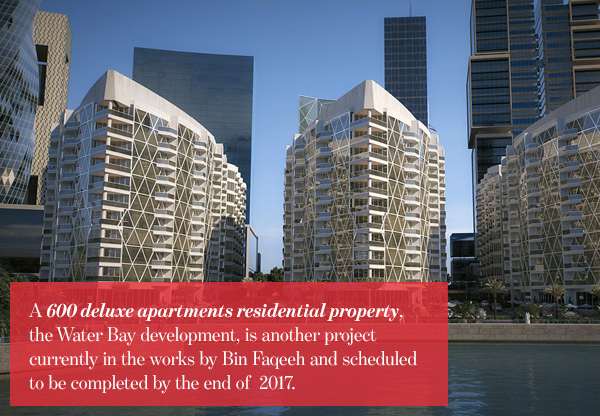 A 600 deluxe apartments residential property, the Water Bay development, is another project currently in the works by Bin Faqeeh and scheduled to be completed by the end of  2017.

Another developer in Bahrain, Dadabhai Group, is currently in the process of constructing a luxurious freehold residential development in Seef district. 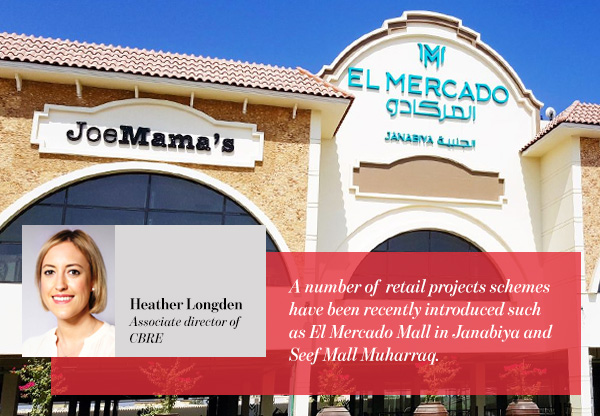 As for the retail sector, Heather Longden, associate director, CBRE, stated that a number of  retail projects schemes have been recently introduced such as El Mercado Mall in Janabiya and Seef Mall Muharraq.

Longden also added that cinema complexes have also been introduced to increase Bahrain’s number of screens from 46 to 86 screens with another 60 screens currently in the works.

The most anticipated retail project of them all, according to Longden is The Avenues on Manama Corniche which is expected to open its doors to visitors by the end of 2017.

On the other hand, when it comes to the office sector, CBRE report claimed that it is a competitive sector as well with high-end and prestigious properties providing office spaces with attractive rental rates to international and local companies.

In conclusion, Bahrain’s construction sector has never been more attracting to developers regionally and locally like now. With many prestigious under construction projects offering sumptuous properties to investors inside and outside of the kingdom, it is safe to say that Bahrain’s market has earned developers trust and confidence in its profitability.