Two of them are in the GCC: Futuristic Cities that are being built right now!

The Center for Innovation, Testing and Evaluation (CITE), USA 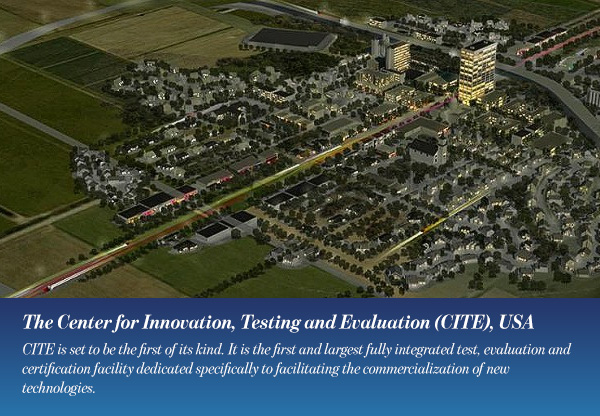 This ghost city or simulation city has no residents, and it never will! Who would have thought such a thing exists!

CITE is set to be the first of its kind. It is the first and largest fully integrated test, evaluation and certification facility dedicated specifically to facilitating the commercialization of new technologies.

The city is designed and modeled after the typical med-sized American city; this is intended to give the customers a chance to test the technology in an environment that closely-simulates real life.

CITE was created by Marble Arch Partners, LLC, formerly known as Pegasus Global Holdings, LLC, which a private technology development firm. It is around 15 square miles, it can house around 35,000 residents but it will be unpopulated. That is to allow for technology testing without any safety hazards concerning citizens.

Because it is privately-owned as well as privately-operated test and evaluation center, CITE is open and welcoming for a wide variety of public and private technology developers, local and international.

Some of the technology that will be tested and evaluated at CITE are Intelligent Transportation Systems, Telecommunication and Green Energy Power Generation, and many more.

CITE is not just a futuristic city, it is a city dedicated to making future. 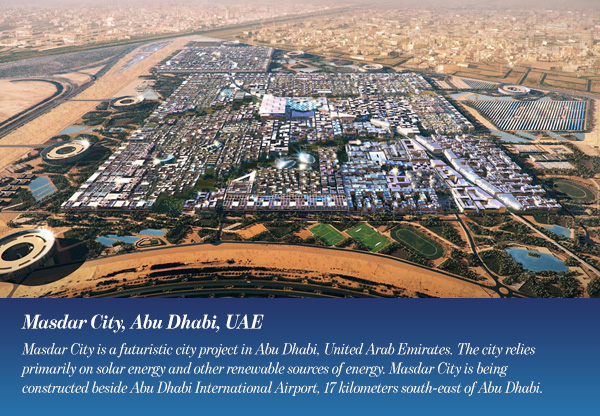 Home to the headquarters of the International Renewable Energy Agency (IRENA), Masdar city is designed to be a hub for clean-tech companies. Masdar Institute of Science and Technology was the first thing to open in the city, it has been operating there September 2010.

Moreover, the temperature in the streets of Masdar is generally 15 to 20 °C cooler than the surrounding desert. That is due to the unique 45-meter-high wind tower which sucks air from above and pushes a cooling breeze through Masdar’s streets.

In addition to that, the site is raised above the surrounding land to create a cooling effect, and buildings are grouped together to shield the streets and walkways from the sun. It is one of the most innovative GCC projects!

As with all other futuristic cities, the city is designed to be pedestrian and cyclist friendly. Cars are not allowed in Masdar, only Eco-friendly public transportation! 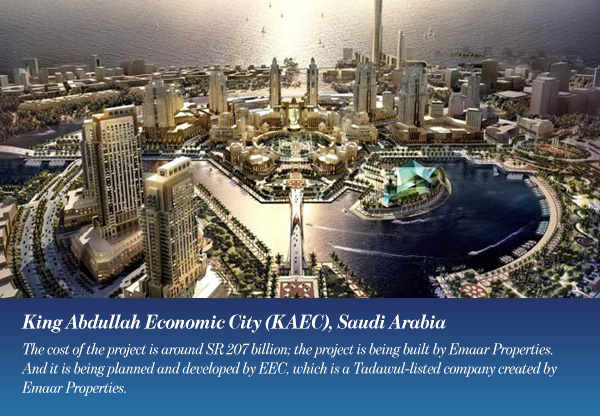 With a total development area of 173 square kilometers, KAEC is located 100 km north of Jeddah, along the Red Sea coast.

When KAEC is completed, by 2020, it will be larger than Washington DC. This project was created and planned to help diversify oil-based economy by bringing direct investments, both foreign and domestic. Plus, when finished, KAEC will help create up to one million job opportunities.

Lying within the CBD, The Financial Island, which has now been doubled in area to cover 14 hectares of land, is set to be the largest regional financial center. It will include the world’s leading banks, investment houses and insurance groups. 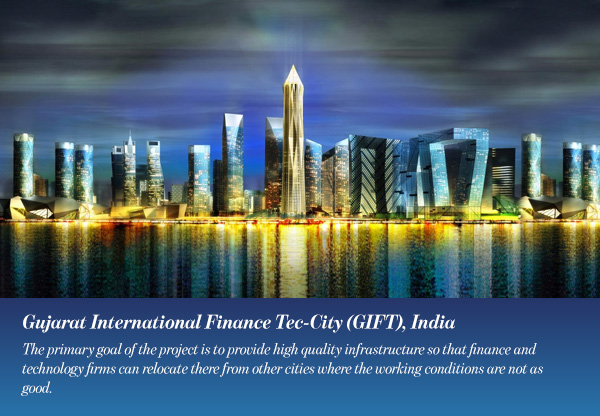 India’s first International Financial Services Centre is a fully integrated city, GIFT has it all; it has state of the art infrastructure, connectivity and technology.

GIFT is currently under construction, it lies between Ahmedabad and Gandhinagar in the Indian state of Gujarat. It will occupy 359 hectares of land.

The primary goal of the project is to provide high quality infrastructure so that finance and technology firms can relocate there from other cities where the working conditions are not as good. 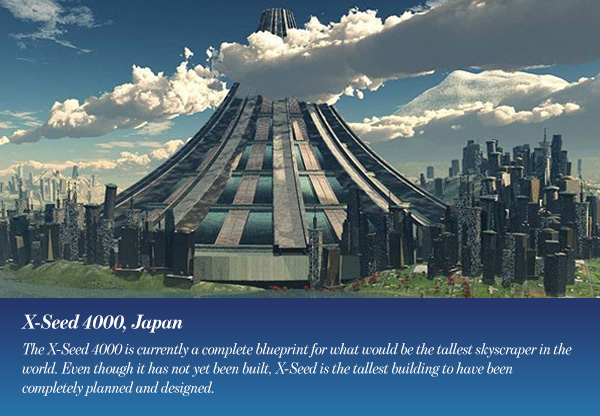 The X-Seed 4000 is currently a complete blueprint for what would be the tallest skyscraper in the world. Even though it has not yet been built, X-Seed is the tallest building to have been completely planned and designed.

The project was designed for Tokyo, Japan by the Taisei Corporation in 1995 as a futuristic city in one building. It would be an 800-story building, with a 4-kilometre height, 6-kilometre wide base. The huge building, if one can indeed call it that, would be able to accommodate 500,000 to 1,000,000 inhabitants.

The design was inspired by Mount Fuji; the real Mount Fuji though is 3,776 meters high, 224 meters shorter than the X-Seed 4000.

If the building is constructed it would require over 3000,000 tons of reinforced steel. As well as the use of solar power to maintain internal environmental conditions, the X-Seed 4000 massive elevation would result in considerable internal air pressure gradations. 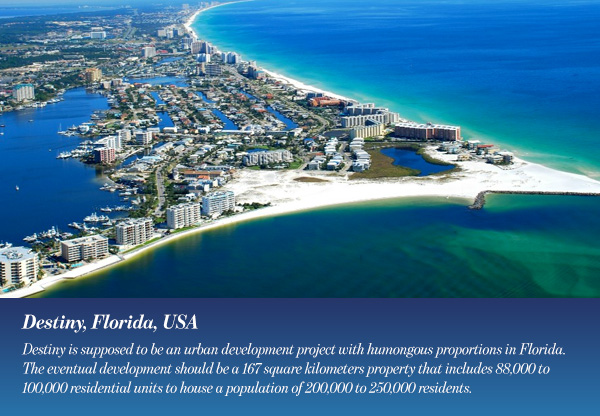 Destiny is supposed to be an urban development project with humongous proportions in Florida. The eventual development should be a 167 square kilometers property that includes 88,000 to 100,000 residential units to house a population of 200,000 to 250,000 residents.

The proposed master plan of the project is based on a “climate positive” community that is completely supported through sustainable energy.

The infrastructure would include building sustainable energy plants like a 30MW solar array, a waste management system for extracting methane, and an energy farm for the production of biofuel.