Household Inventions that Changed Your Home Life The Past 100 Years

There are so many household inventions around us that we take for granted, even though these inventions make our modern lifestyle possible.

You may not even think of some of the household inventions on this list as modern inventions, as they have been around since you were born, but the fact that they were not around less than a 100 years ago makes them modern.

Take a look with us at some of those household inventions, this may give you a brand new appreciation to your modern lifestyle. 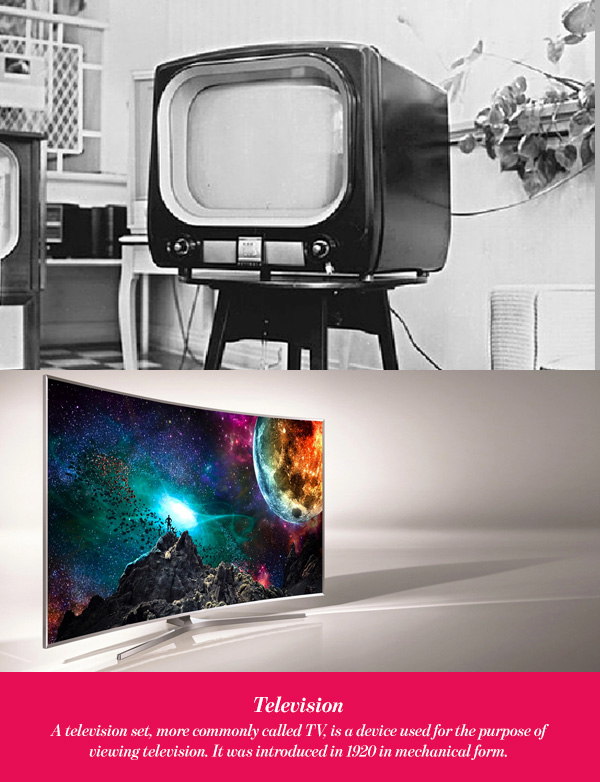 A television set, more commonly called TV, is a device used for the purpose of viewing television broadcast. It was introduced in 1920 in mechanical form.

However, the modern color television was not introduced until 1940.

The Television has become commonplace in our homes, offices, and institutions, particularly as a prime source for advertising, entertainment, and news.

Since the 1970s the availability of video cassettes, CDs and DVDs has resulted in the frequent use of TV for viewing recorded as well as broadcasted material.

In recent years however, Internet television has risen to prominence in both recorded and broadcasted material. 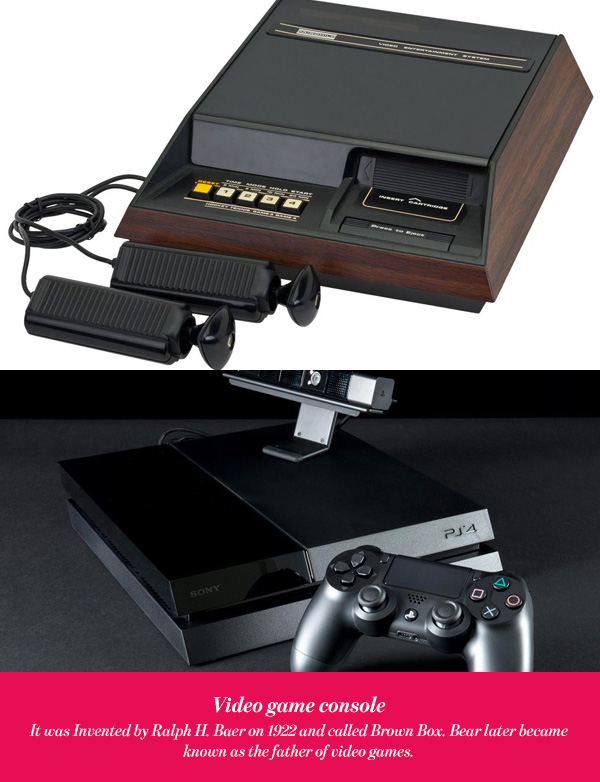 A video game console is an electronic device that displays a video game which one or more people can play.

Gaming Consoles changed the way people entertain themselves indoors. They can even help people stay physically fit by exercising and playing some indoor sports.

The world of game consoles has come a long way since the release of the first video game console as a bulky rectangular brown wooden box with two attached controllers which was Invented by Ralph H. Baer on 1922 and called Brown Box. Bear later became known as the father of video games. 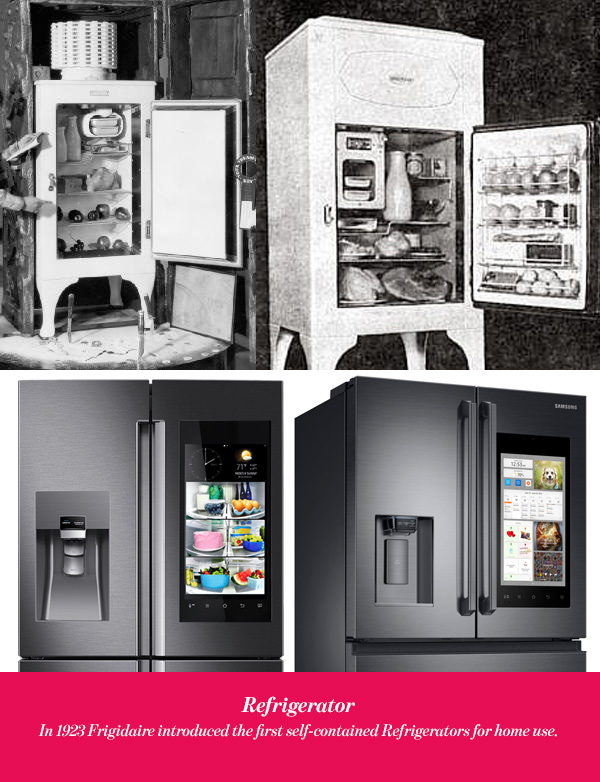 The refrigerator allows the modern household to keep food fresh for longer than before. Freezers allow people to freeze food and extend its expiry date for even longer periods.

They also give you the luxury of cooling water, making ice, chilling fruit in summer and a lot of other things you may be taking for granted.

In 1923 Frigidaire introduced the first self-contained Refrigerators for home use. It became widely popular soon after.

This essential household appliance was not available 100 years ago, can you imagine that? 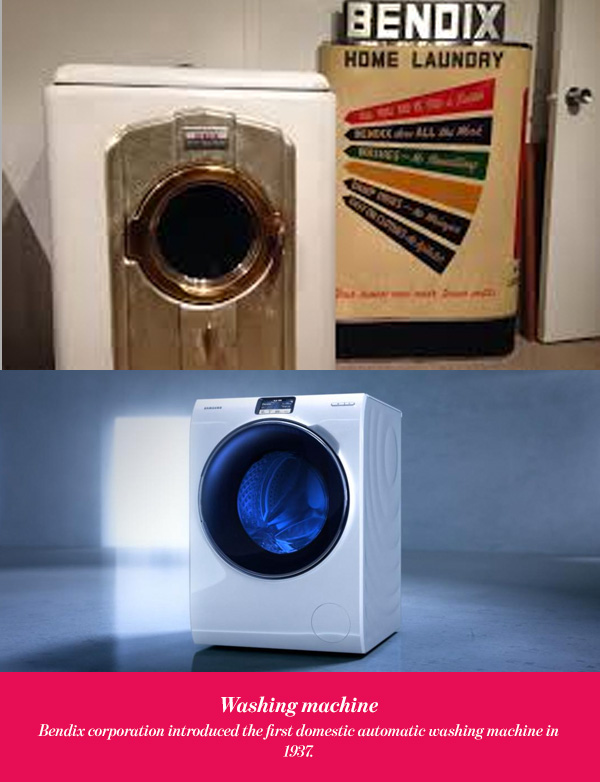 A washing machine is a machine that uses water to wash laundry, such as clothing and sheets. Bendix corporation introduced the first domestic automatic washing machine in 1937. Imagine this, this very common household appliance was not available prior to that date!

Can you live your life without an automatic washing machine? I believe most people would answer no to that. 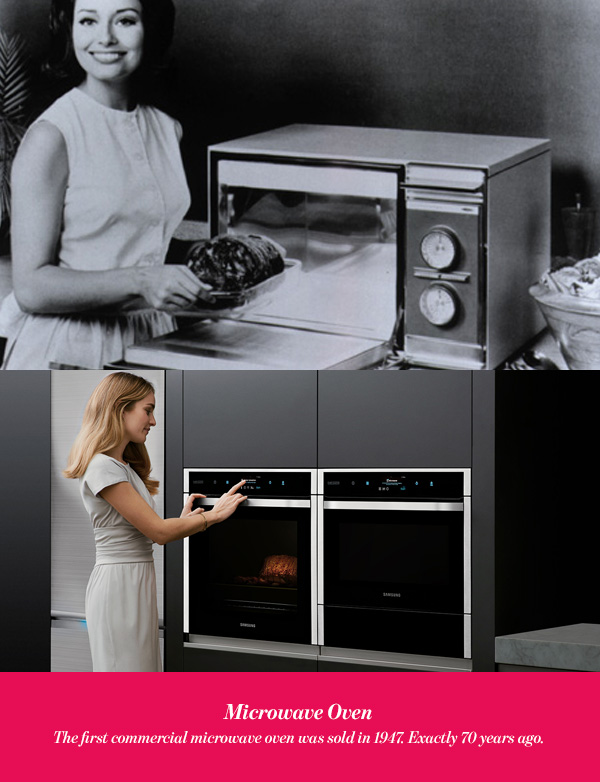 The first commercial microwave oven was sold in 1947. Around 70 years ago.

This amazing invention is most commonly used for rapid reheating of previously-cooked foods, but it can be used for cooking, grilling or even baking food.

Microwave ovens have rapidly become a must have in any modern kitchen, our kitchens would be abysmally lacking without these little magical household inventions. 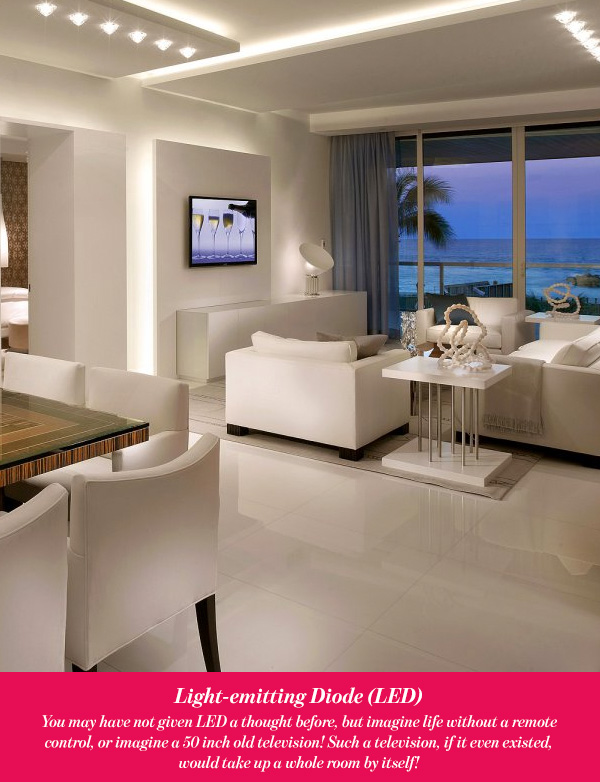 The earliest LEDs Appeared as practical electronic components in 1962.

Infrared LEDs are frequently used as transmitting elements in remote-control circuits, such as those in remote controls for a wide variety of consumer electronics.

With the development of high-efficiency and high-power LEDs, it has become possible to use LEDs in lighting and illumination, and now most houses are shifting to LED lamps.

LEDs are also used as a light source to backlight LCD televisions, referred to as LED TV, and laptop displays. Screens for TV and computer displays can be made thinner using LEDs for backlighting.

You may have not given LED a thought before, but imagine life without a remote control, or imagine a 50 inch old television! Such a television, if it even existed, would take up a whole room by itself!

Out with the Old: How to efficiently sell your old furniture and appliances 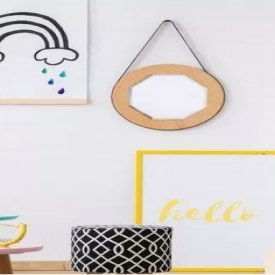 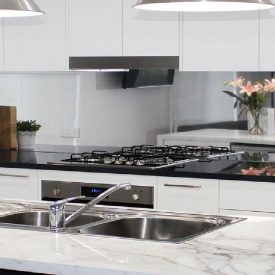 Open kitchen designs: how to design an open plan house 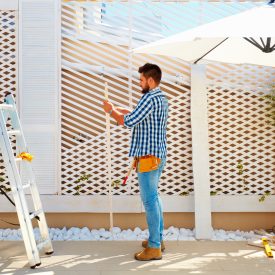 Rooftop decor: how to decorate a perfect space on your roof 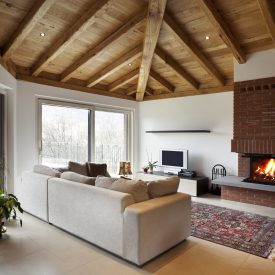 Winter decor: interior design to warm up your house 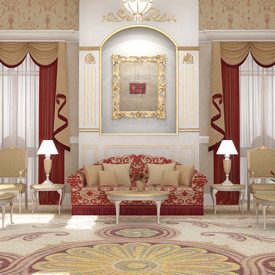 Traditional design: How to design the perfect Arabic Majlis 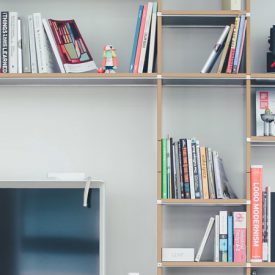 Library décor: How to design the perfect home library