For long ages, the islands that formulate the Kingdom of Bahrain nowadays have been occupied by various civilizations including the Dilmun, the Assyrian and the Babylonian civilizations. Such a variation has left the land of Bahrain with an abundance of archaeological and ancient sites. Among these sites, the traditional old markets in Bahrain stands out as one of the island kingdom’s most authentic locations.

As a result of that, and despite its relatively small total area that is less than 1,000 square kilometers, the Kingdom of Bahrain has been renowned not only as an international trade and business hub but also as a land that is rich with culture and history. Such a blend has been most evidently reflected in its old marketplaces.

In this article, we are going to introduce you to some of the best old markets that you can drop a visit to if you are traveling to Bahrain, what each of them offers and what differentiates each of them from the others: 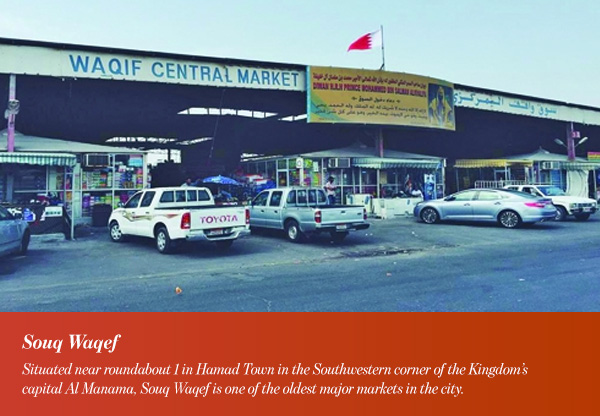 This old marketplace has been known by the name Souq Waqif (literally ‘the standing market’ in Arabic) due to the fact that the merchants used to stand on the two sides of the roads showcase their goods and sell them to the passers-by. In the old ages, goods that were sold at Souq Waqif included spices, fish, clothes, and woods.

Where is Souq Waqif located?

Situated near roundabout 1 in Hamad Town in the Southwestern corner of the Kingdom’s capital Al Manama, Souq Waqif is one of the oldest major markets in the city. It is considered one of the most important historical places and tourist attractions. This could be attributed to many reasons; for instance, in Souq Waqif, you can find a variant collection of antiquities, old garments, and souvenirs. 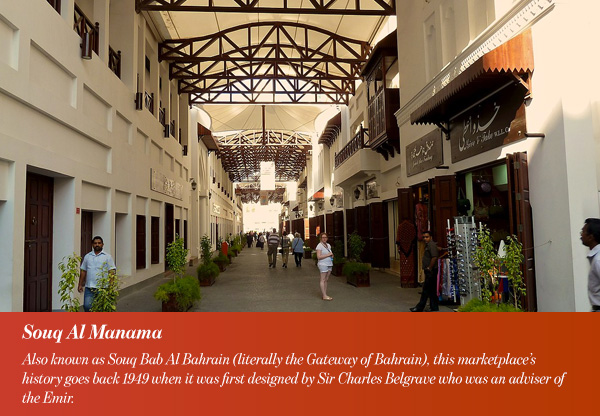 Also known as Souq Bab Al Bahrain (literally the Gateway of Bahrain), this marketplace’s history goes back to 1949 when it was first designed by Sir Charles Belgrave who was an adviser of the Emir.

Souq Al Manama is one of the most well-known old markets in Bahrain, it is most notably known by its unique location; the market is located in the north part of Al Manama between the city’s central business district and the old parts of it.  Having the historic Bab Al Bahrain building as its entrance, Souq Al Manama is the old bazaar of the Kingdom of Bahrain’s capital. The area is also known for housing the only synagogue in all of the kingdom.

Ever since its establishment, this market has gone and is still going through several developments and renovations. Eventually, it has been divided into two main parts: the old market and the new market. While the new part is accessible to pedestrians only, the old part has both paved roads for cars and pathways for pedestrians.

It is worth mentioning that, in 2013, the marketplace has gone through several refurbishments and renovations that included installing a wooden roof over its new part and opening several cafés and restaurants. Souq Al Manama is famous for selling old garments, souvenirs, gifts, perfumes, spices, and hand-made goods. 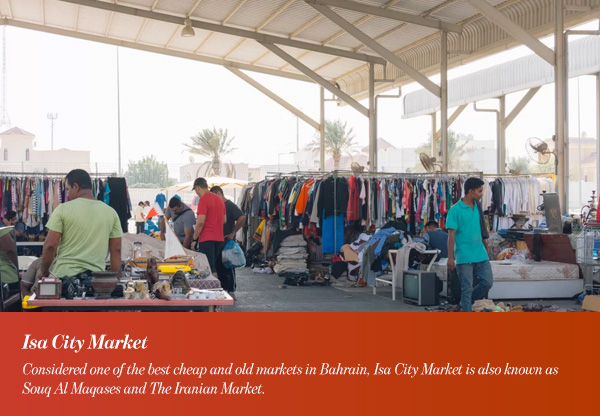 Considered one of the best cheap and old markets in Bahrain, Isa City Market is also known as Souq Al Maqases and The Iranian Market. It is famous for offering a variety of stands and outlets where junk equipment, used machinery, and hardware, as well as new equipment, are being sold for relatively cheap prices.

Isa City Market is active the most during Saturdays and Sundays. In addition to the above, you can find a variety of other consumable goods like chicken, vegetables, and spices. 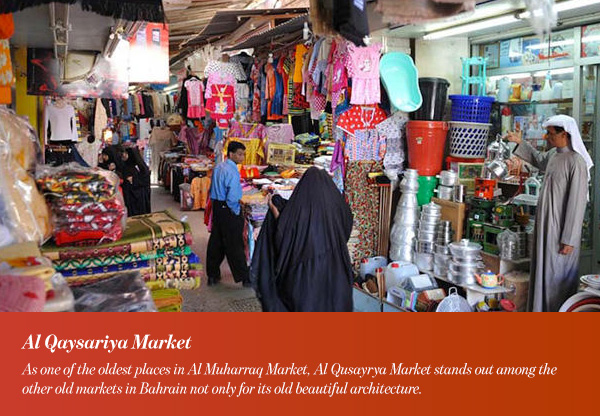 As one of the oldest places in Al Muharraq Market, Al Qusayrya Market stands out among the other old markets in Bahrain not only for its old beautiful architecture but also – and more importantly – for being unique as it is famous for selling natural pearls that are radiographically certified. In 2012, the market has been listed by UNESCO as a World Heritage Site and it has gone through several upgrades and renovation programs since then. 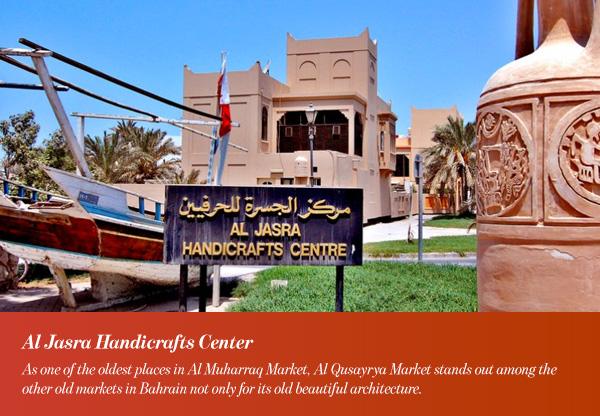 If you are a fan of high-quality handicrafts, do not miss visiting this center when you are in the Kingdom of Bahrain. Al Jasra Handicrafts Center has been opened in 1991 by prime minister Khalifa bin Salman Al Khalifa with the purpose of preserving and revitalizing the old art of Handcrafts which formulates a big part of Bahrain’s history and culture.

From the carpenter shops where skillful carpenters carve beautiful ships and pieces of furniture out of the wood to the pottery shops where you can buy stunning pots, this marketplace is guaranteed to have all the handcrafts you might need, and with an almost-flawless degree of precision.

Old markets in Bahrain have contributed a lot to the Kingdom’s history, and they still do. If you are visiting the island kingdom soon, make sure to visit some of these places to benefit from the cheap prices of the offered goods and, more importantly, make some beautiful memories that will last as well.

To learn more about shopping in Bahrain see also: