Residential areas near King Fahd Causeway are some of the most sought-after areas for rent in Bahrain. They benefit from many features, including easy access to both GCC nations. Officially opened in 1986, King Fahd Causeway is a series of bridges and causeways that connect Bahrain and the eastern region of Saudi Arabia. Initially, the idea behind the causeway was to strengthen the bond between both countries. While the will to construct it began to take form in 1965, construction began in 1981. With a total cost of $800 million, King Fahd Causeway is 25 km long and about 23 m wide. The drive across King Fahd Causeway would take, on average, just 20 minutes. In 2010, the causeway witnessed a $5.3 million expansion project. It included increasing the number of departure lanes from 10 to 17 and the number of arrival lanes from 13 to 18 on both sides.

So if you are looking for a place to rent Bahrain, here are the best residential areas near King Fahd Causeway. 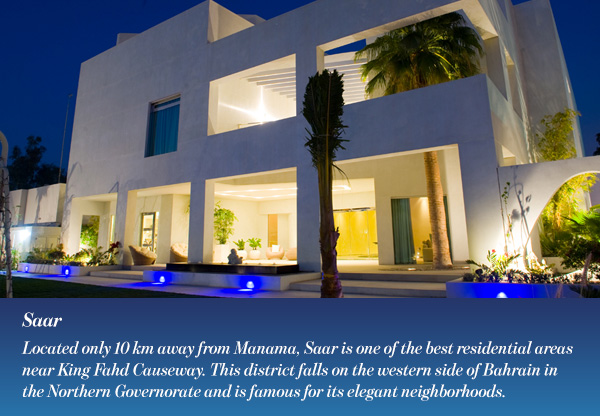 Located only 10 km away from Manama, Saar is one of the best residential areas near King Fahd Causeway. This district falls on the western side of Bahrain in the Northern Governorate and is famous for its elegant neighborhoods. In Saar, fully furnished two-bedroom apartments are usually around 400 to 600 BHD per month. The price depends widely on the neighborhood within the area. As for villas, a standard three-bedroom villa falls between 700 to 900 BHD per month. Of course, there are many more options waiting for you at Saar. Whether you are looking for a cozy studio or a five-bedroom villa with a private pool.

Perfect for families, Saar boasts a multitude of restaurants, cafes, and entertainment venues. Moreover, it is home to Dilmun Club, Bahrain Rugby Football Club, and Saar Cultural and Sports Club. Saar's fertile ground has helped it become the lush green urban haven it is today. Furthermore, artifacts dating back to the early Dilmun era have been uncovered in this residential area. A beautiful merge between old and new, Saar is definitely one of the best residential areas near King Fahd Causeway. 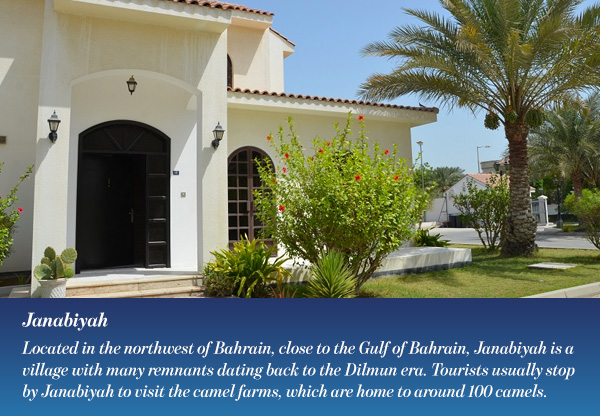 Saar's neighbor, Janabiyah, is also one of the best residential areas near King Fahd Causeway. Located in the northwest of Bahrain, close to the Gulf of Bahrain, Janabiyah is a village with many remnants dating back to the Dilmun era. Tourists usually stop by Janabiyah to visit the camel farms, which are home to around 100 camels. Due to its location, Janabiyah residents have access to many beaches that are only a short drive away. In addition, the area features facilities such as restaurants, cafes, shopping destinations, and schools.

Furthermore, Janabiyah boasts a variety of modern homes ranging from apartments and townhouses to villas.  If you are looking to rent, a two-bedroom apartment in Janabiyah usually averages 350 to 400 BHD per month. Depending on its size, a semi-furnished villa can range between 1200 to 1400 BHD per month. In the charming village of Janabiyah, you will find yourself living a serene life that is within proximity to the King Fahd Causeway. 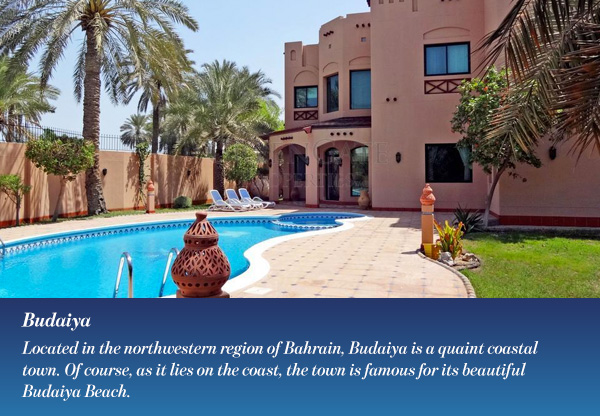 Located in the northwestern region of Bahrain, Budaiya is a quaint coastal town. Of course, as it lies on the coast, the town is famous for its beautiful Budaiya Beach. Here, families can come together for a stroll along the shore or enjoy the cozy children's park. Furthermore, the town proudly offers residents a chance to savor a multitude of cuisines at any of its restaurants and cafes. The town is also known for its weekly Farmer's Market held at the Budaiya Botanical Gardens. Local vendors set up to sell freshly grown vegetables and fish at reasonable prices.

Real estate in Budaiya is certainly growing, providing apartments and villas at very affordable prices. In this town, two-bedroom apartments range between 270 to 300 BHD per month. Three-bedroom villas in Budaiya cost around 700 to 950 BHD per month. Some of those villas even include a private pool and garden. Budaiya is also home to some prime real estate developments and compounds that offer a holistic lifestyle. 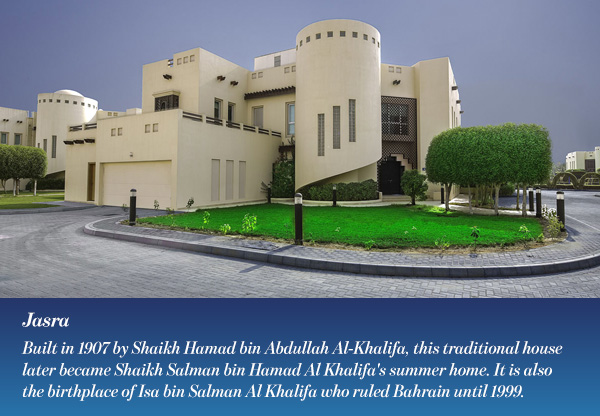 If you are looking for accommodation in Jasra, you will have many options to choose from. The area is famous for its elegant and spacious villas. A semi-furnished three-bedroom villa inside a compound ranges between 1100 to 1500 BHD per month. Moreover, if you are lucky, you can find a larger villa with a private pool and garden within the same price range. Furnished and semi-furnished five-bedroom villas usually cost around 2000 BHD per month. 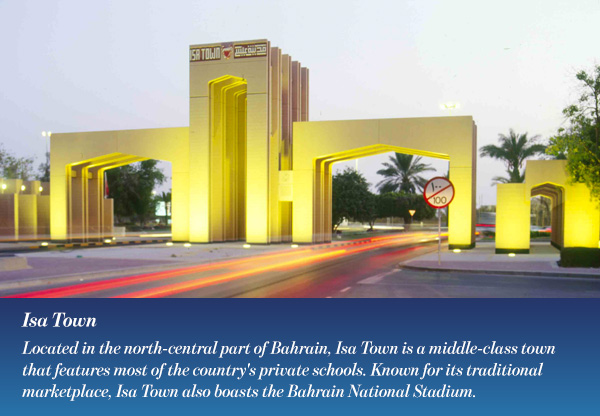 Located in the north-central part of Bahrain, Isa Town is a middle-class town that features most of the country's private schools. Known for its traditional marketplace, Isa Town also boasts the Bahrain National Stadium. The Isa Town marketplace is where residents can find anything they need. From fruits and vegetables to clothes, electronics, and even pets. Although it is a little further away than the previous areas, Isa Town is still considered one of the best residential areas near King Fahd Causeway. With a variety of cafes and restaurants serving local and international cuisines, Isa Town has something to suit every taste.

To learn more about rent in Bahrain see also: