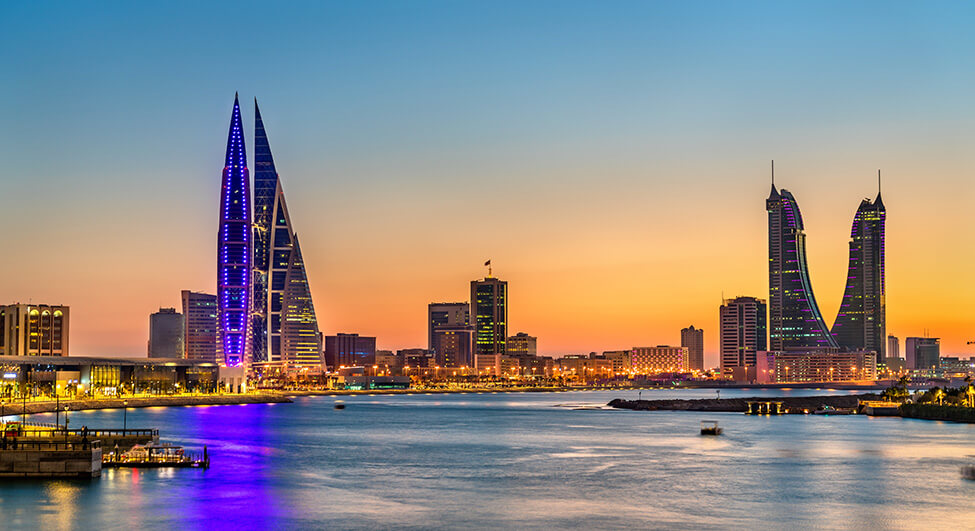 Bahrain has witnessed an economic leap like never before, with a group of projects that aim to provide an easy and comfortable lifestyle and a booming commercial development environment. The Kingdom of Bahrain is taking steady steps towards diversifying sources of income through the implementation of major development projects in Bahrain in various economic sectors such as industry, tourism, logistics, health, banking, technology, communications, real estate, and others, to implement the objectives of the 2030 Economic Vision.

The Bahraini government is developing a comprehensive national plan to deal with the requirements of the changing economy. Thanks to the presence of advanced communication and transportation facilities, the Kingdom of Bahrain has become home to many companies operating in the Arabian Gulf region. After Bahrain ranked the 5th best places to live in the world, we give  you an overview of some of the largest development projects in Bahrain, which would attract more investors to the Kingdom: 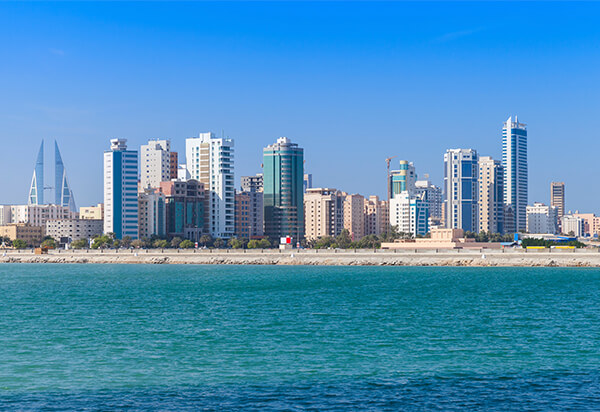 Investments in the real estate market in Bahrain continue to develop and expand, and its importance increases as it contributes to the country’s economy. Real estate projects are witnessing high prosperity and growth throughout the Kingdom, and attract many local and foreign investors, and therefore there is a wide range of investment opportunities in Bahrain, thanks to the flexible laws that stipulate the possibility of 100% free ownership by foreigners, making Bahrain a competitive destination in the real estate market all over the world. 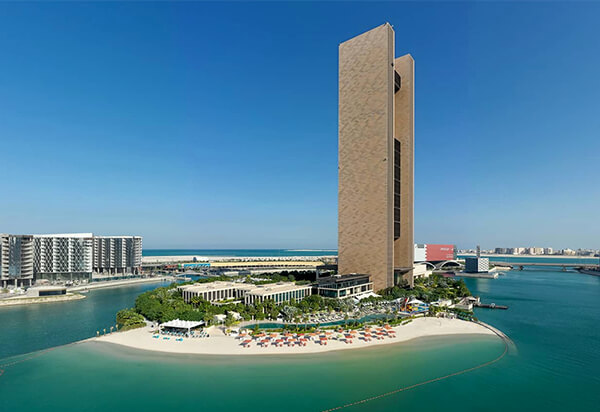 Bahrain Bay, the waterfront wonder, is one of Manama’s most important landmarks. It spreads over 500 thousand square meters and is valued at $2.5 billion. The bay provides residential, commercial, and touristic services, as well as social and public facilities. It is made up of three islands: the Northern Island, the Southern Island, and the central Four Seasons Island. An internal port was established by building two bridges that connect to the mainland. 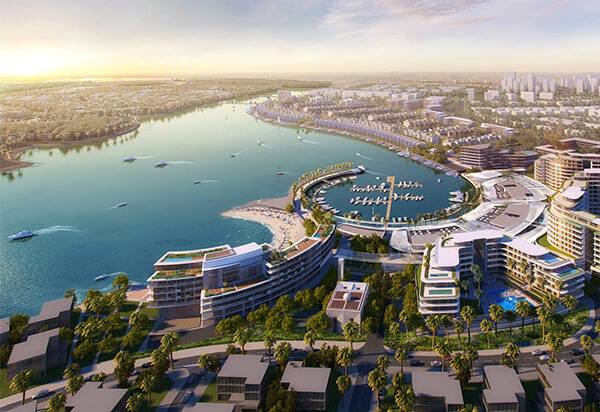 Diyar Al Muharraq is a holistic modern city that can be likened to large metropolitan cities across the globe. It lies on the North Eastern tip of the Kingdom in Muharraq Governorate.

Water canals, private beaches, gardens, and parks all add to the project’s charm and present all the needs of modern living. 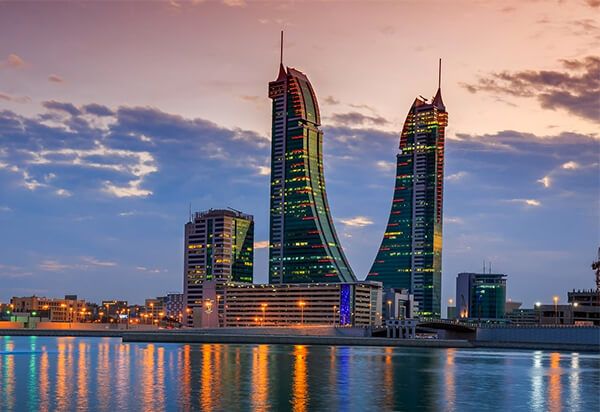 Bahrain Financial Harbour is a commercial development project that has become one of the main centers of Bahrain’s financial sector. It aims to promote Bahrain as a financial center in the Middle East.

The Harbour was designed to form an integrated developmental system that includes under its roof the best companies in the financial sector. The 380,000 square meter project reached a cost of over $1.5 billion.

It is comprised of two twin towers, Commercial East and Commercial West, each at 260 meters high with 53 floors. The towers are currently the tallest in Bahrain and include offices, retail shops, residential units, commercial units, and entertainment venues.

Bahrain Financial Harbour holds one of the most technologically advanced infrastructures in the region. 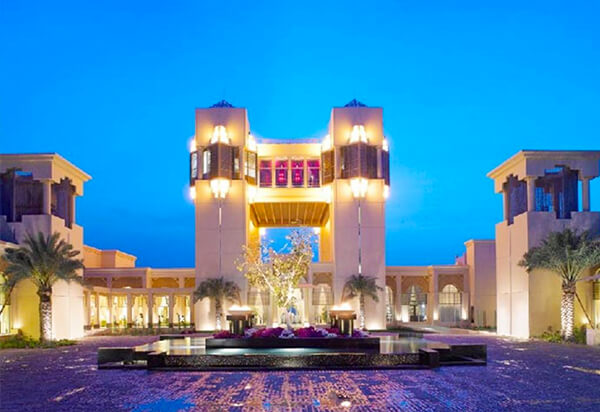 Al Areen development project lies in the west of the Kingdom, across 2.14 million square meters. It provides a blend of health, family, business, and leisure tourism with a value of investments of $2 billion.
Al Areen has attracted several large projects that range from residential and commercial to hospitality and entertainment. 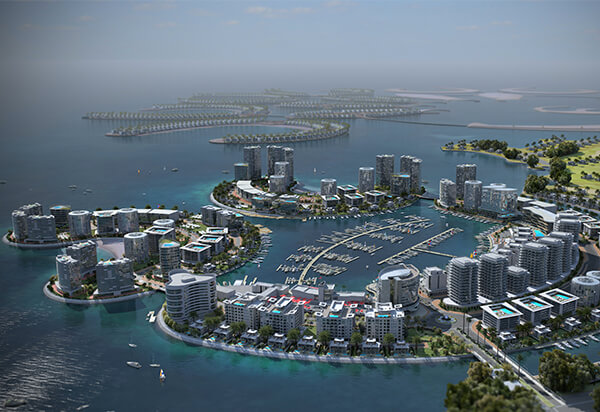 Durrat Al Bahrain is the second largest manmade island in Bahrain, following Amwaj island. It reached a cost of $6 billion and is made up of 15 islands over an area of 20 million square feet.

The development project features 6 coral islands, 5 fish-shaped islands, and two crescent-shaped islands. The name, Durrat Al Bahrain, is symbolic of its prominence and perfection, as it translates to “the most perfect of pearls”.

It is considered one of the most ambitious development projects in the Kingdom and a landmark in the world of island resorts of the 21st century.

As well as mosques, international schools, retail malls, restaurant, a marina that can accommodate up to 400 boats, and a championship 18-hole golf course designed by Ernie Els. 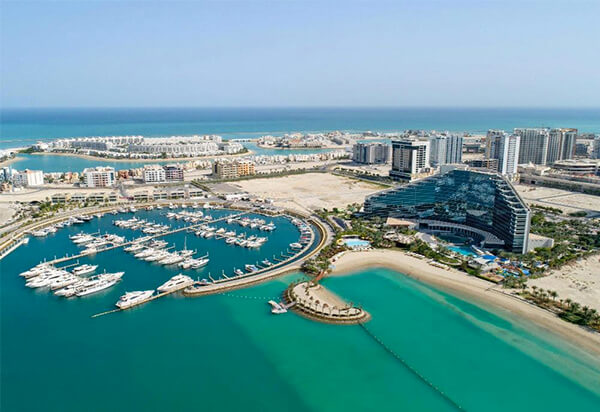 Amwaj Islands is a development project that holds the largest number of manmade islands in Bahrain. It lies in the Northeast of the Kingdom, near the coast of the island of Muharraq.

The project sprawls over 2.79 million square meters and is the first project to allow foreigners 100% ownership. It is connected to the mainland via North Manama Causeway, which is approximately 1.8 kilometers long.

The project sprawls over 2.79 million square meters and is the first project to allow foreigners 100% ownership. It is connected to the mainland via North Manama Causeway, which is approximately 1.8 kilometers long.

Amwaj is home to skyscrapers with residential and commercial units, a marina that can hold 140 boats, a school, university, hospital, gas station, parks, restaurants, and cafes. 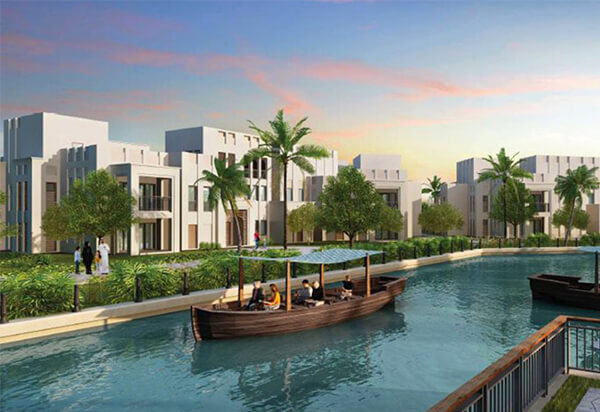 This project was established to be a distinguished tourist destination, as it extends for a distance of 1.25 km along the coast and facilitates access to all major tourist destinations in the Kingdom through Bahrain’s advanced transportation network. Al Sahel Resort project meets the desires and interests of the public in the region who are looking for a unique experience, as it provides high-quality services and facilities, attracting tourists to stay in Bahrain for a longer period. 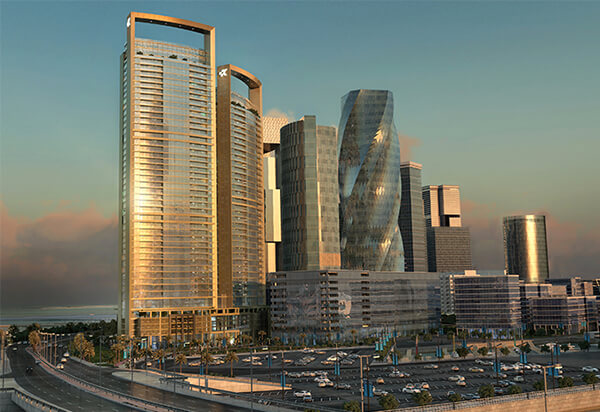 This project is considered the best Arab project for the high-rise residential projects category. It is located in the “Bahrain Bay” project, which is a global destination for high-end living that combines comfort and luxury in the heart of the capital. The location also provides easy access to many major areas, including Bahrain Airport, King Fahd Road, and many shopping malls such as the Avenues, and many five-star hotels such as the Four Seasons Hotel Bahrain Bay. 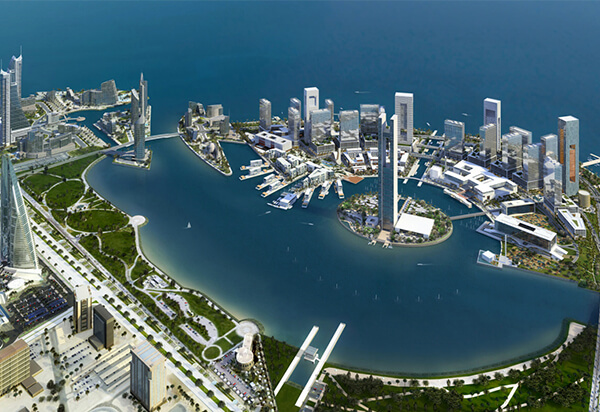 The “One Bahrain Bay” project is located in the heart of Manama, within walking distance to the Avenues mall, luxury restaurants, and parks. This project on the main street of Bahrain Bay made it very easy to enter and exit, in addition to its wonderful view. This attractive location represents the first residential destination for those looking for a luxurious life, as it offers a marvelous mix of distinctive designs and luxurious furnishing. It is also distinguished by its affordable prices for everyone.