Let’s take a look at the wonderful diversity of Bahrain buildings; some old, some contemporary, one still in the planning stage, but all just as iconic and wonderful.

Here are some of the most iconic architectural examples of Bahrain buildings. 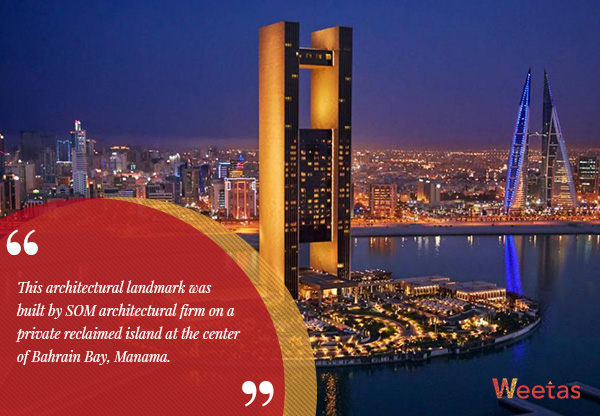 This architectural landmark was built by SOM architectural firm on a private reclaimed island at the center of Bahrain Bay, Manama.

The 48-story building was specifically designed to be iconic, it cannot be looked over. The tower rises 201 meters. It features magnificent concrete pillars supporting a stack of glass-walled floors.

The building comprises a 273-guest-room luxurious hotel, a high tech business center and an upscale spa, all overlooking the stunning view.

The building was awarded several prizes for its innovative design. 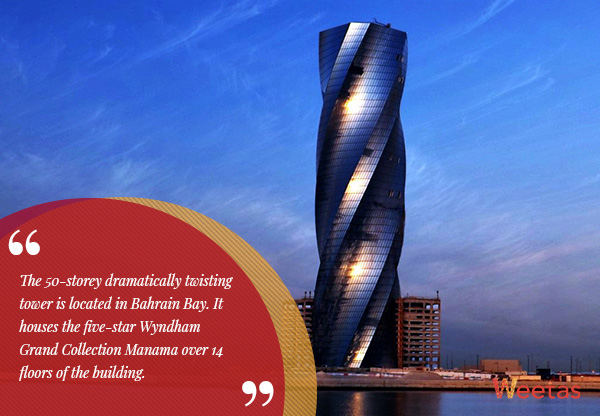 The 50-storey dramatically twisting tower is located in Bahrain Bay. It houses the five-star Wyndham Grand Collection Manama over 14 floors of the building. The rest of the mixed-use project houses residential and commercial units.

Situated in a prime location overlooking the bay, the building is designed as a twirling structure. It rises from an octagonal floor plate, twisting counter clockwise and boasting 360 degree views of the bay. 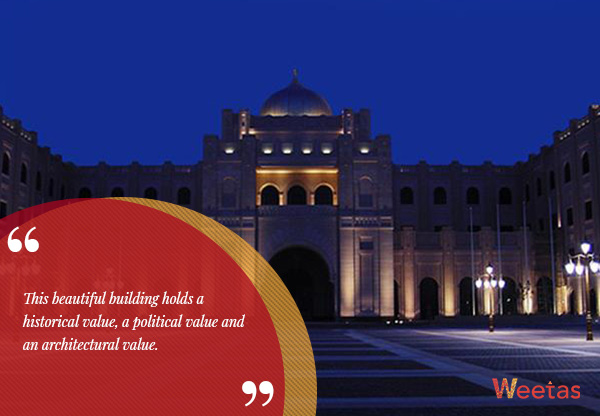 This beautiful building holds a historical value, a political value and an architectural value.

Over the years, many significant political and economic conferences were held in this palace. It features a magnificent royal elegance with its pale pink walls, pearl domes and landscaped gardens. 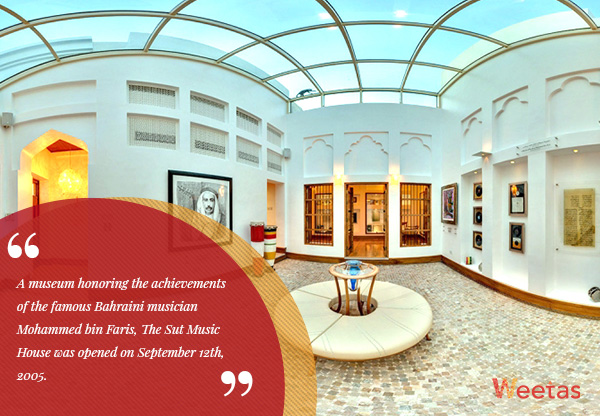 A museum honoring the achievements of the famous Bahraini musician Mohammed bin Faris, The Sut Music House was opened on September 12th, 2005.

The museum is located in the musician’s original house in Muharraq, a late 19th century courtyard house. The house was rebuilt for this purpose, using traditional design and contemporary building materials and techniques. It is now a masterpiece that mixes tradition and modernity. 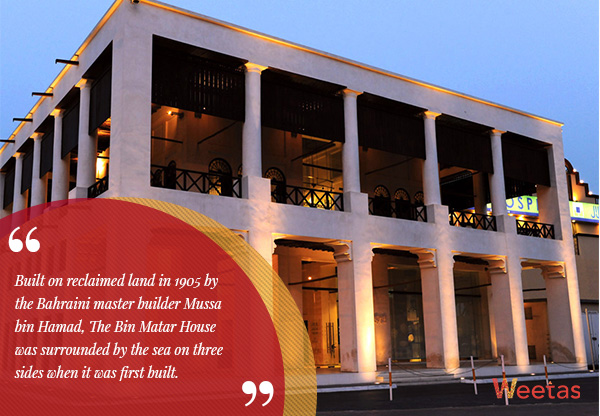 Built on reclaimed land in 1905 by the Bahraini master builder Mussa bin Hamad, The Bin Matar House was surrounded by the sea on three sides when it was first built.

It was constructed in the traditional Bahraini building manner, using palm tree trunks, sea-stone and gypsum. It was initially used as the permanent majlis of the leading pearling merchant Salman Hussein Bin Matar.

The building has been restored and reopened as a museum; it tells the pearling history and holds seasonal art galleries. 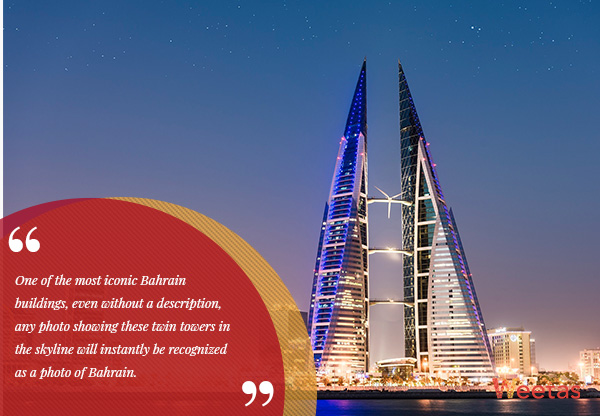 One of the most iconic Bahrain buildings, even without a description, any photo showing these twin towers in the skyline will instantly be recognized as a photo of Bahrain.

The 240-metre-high, 50-story, twin tower complex in Manama, was built in 2008 by the multi-national architectural firm Atkins. It is currently the second tallest structure in Bahrain.

Bahrain World Trade Center has received a number of awards for its sustainability. It is the first skyscraper in the world to integrate wind turbines within its design.

The two towers are linked by three sky bridges, each holding a wind turbine. The turbines are aligned north, the direction from which air from the Arabian Gulf blows, and the sail-shaped buildings are specifically designed to funnel wind between them to provide accelerated wind passing through the turbines. 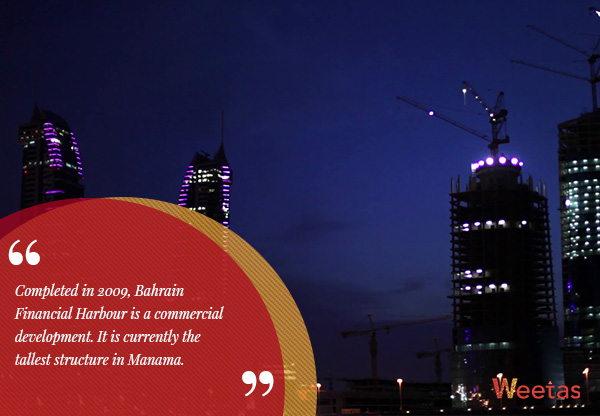 Completed in 2009, Bahrain Financial Harbour is a commercial development. It is currently the tallest structure in Manama.

Strategically located on the northern shore of Bahrain’s main island, the towers comprise a multitude of commercial, residential and entertainment facilities.

The majority of the project is built on reclaimed land and some phases of the grand project are still under construction. 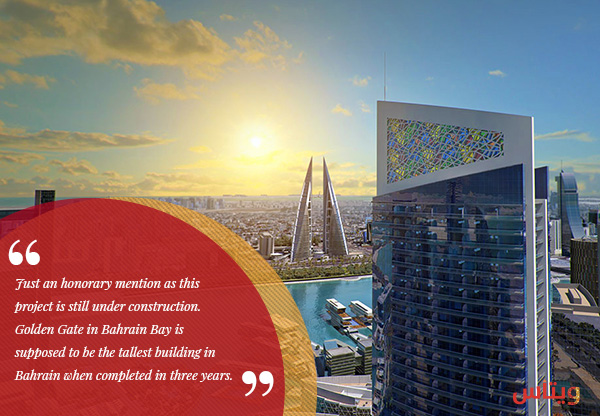 Just an honorary mention as this project is still under construction. Golden Gate in Bahrain Bay is supposed to be the tallest building in Bahrain when completed in three years.

The two residential towers, the tallest one boasting 54 floors, will house 750 luxury apartments overlooking the bay.