Modernism was the most dominant architectural style in the 20th century. Even though it relies heavily on geometric and asymmetrical designs, modern architecture mostly rejects ornament and highly embraces minimalism.

Modernism has always been associated with functionality, a rational use of materials and an open approach to innovation.

In addition to modern architecture, the term modernism also refers to Futurism and Constructivism. The architectural elements that combine all these styles include geometric shapes, minimal ornaments, large windows, open spaces and relying on steel or concrete structures.

So let’s take an architectural tour and check some of the best examples of modern architecture in the last century. 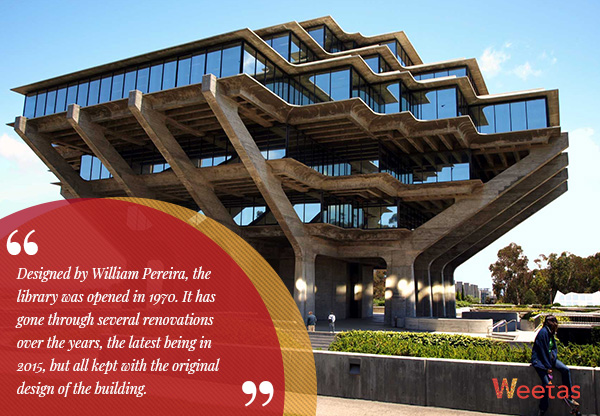 The University of California San Diego Library is named in honor of Theodor Seuss Geisel.

Sitting at the head of a canyon, the distinctive design of this building has made the most recognizable building on campus and gave it a prime spot in the UC San Diego logo.

Designed by William Pereira, the library was opened in 1970. It has gone through several renovations over the years, the latest being in 2015, but all kept with the original design of the building.

The unique building was designed to look like hands holding up a stack of books. The use of reinforced concrete instead of the proposed steel gave the building more character and charm. 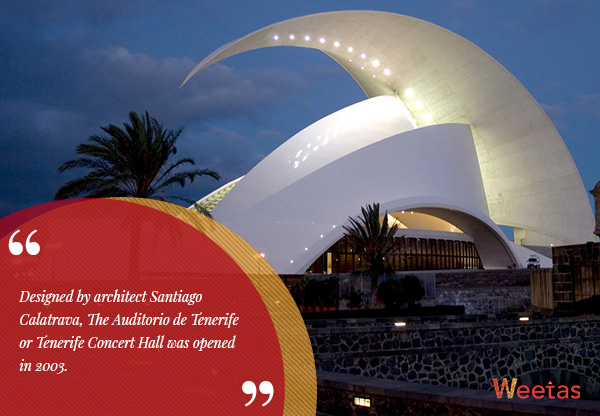 Designed by architect Santiago Calatrava, The Auditorio de Tenerife or Tenerife Concert Hall was opened in 2003.

The auditorium, with its late modern architecture, has become an architectural symbol of the Canary Islands.

The building is largely renowned for its massive arc, the first of its kind in the history of architecture. The huge arch is supported by only two points, and its tip appears to defy gravity by remaining suspended in mid-air.

No doubt that the building make a scenic view from the ocean, especially when beautifully lit at night,  it looks like a giant shell that has drifted to the shore. 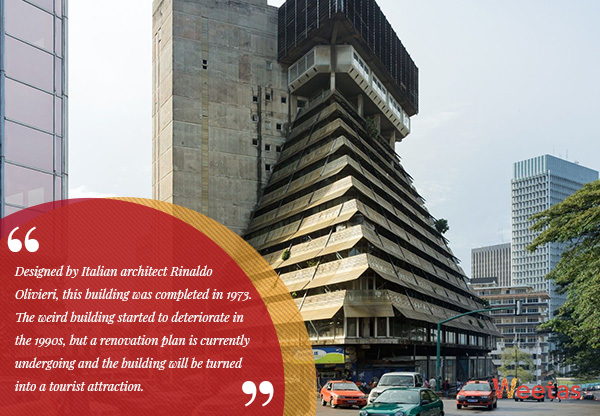 Designed by Italian architect Rinaldo Olivieri, this building was completed in 1973. The weird building started to deteriorate in the 1990s, but a renovation plan is currently undergoing and the building will be turned into a tourist attraction.

The building was designed with traditional Ivorian markets in mind, the large pyramid features an open facade and houses many small shops, and the top cube houses some residential apartments. 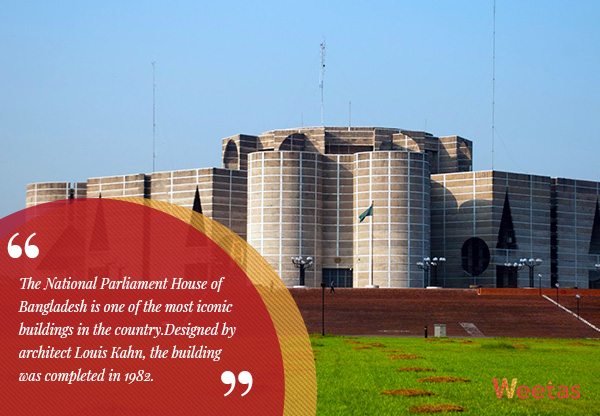 The National Parliament House of Bangladesh is one of the most iconic buildings in the country.

Designed by architect Louis Kahn, the building was completed in 1982.

Spreading over a massive area of 800,000 square meters, the structure is the largest legislative complex in the world.

The design of the building exemplifies modern architecture with its striking simplicity. It features huge walls deeply recessed by porticoes and featuring large openings of regular geometric shapes.

The surrounding landscape is just as impressive as the architecture of the building, lush green landscapes and a massive lake surround the beautiful structure and make a picturesque image. 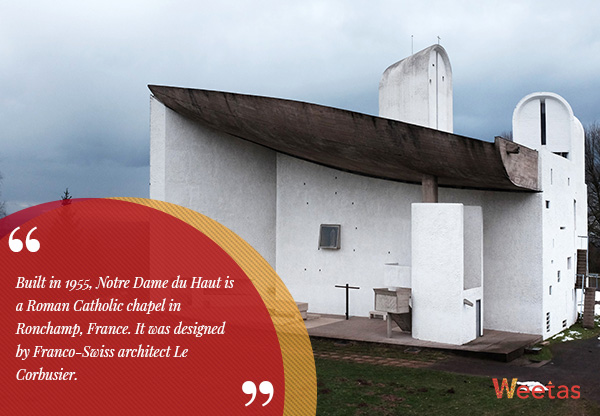 Built in 1955, Notre Dame du Haut is a Roman Catholic chapel in Ronchamp, France. It was designed by Franco-Swiss architect Le Corbusier. The small chapel with its unique design and stunning location on top of a green hill is utterly exquisite.

The structure is made of concrete and stone. It is comprised of thick white walls. The upturned roof supported on embedded columns looks like a sail billowing in the wind.

Some people say that this chapel is the first building to be built in the post modern architecture style.

The building makes even more of a picture when it rains, as the water comes pouring off the slanted roof and down onto the raised structures, creating a magical fountain. 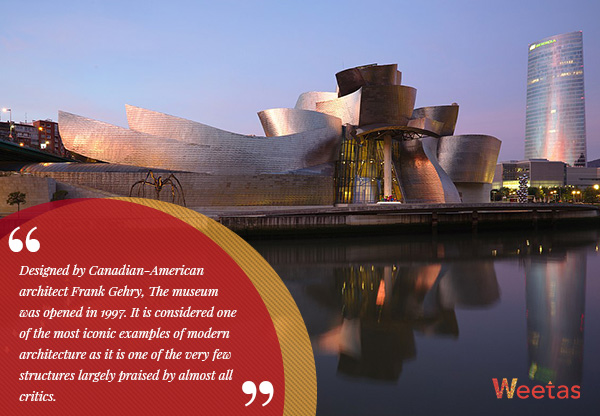 Designed by Canadian-American architect Frank Gehry, The museum was opened in 1997. It is considered one of the most iconic examples of modern architecture as it is one of the very few structures largely praised by almost all critics.

The curving walls of the building are specifically designed to catch the light, despite how random they may look. This gives the structure a wonderfully illuminating look, especially at sunset.