Taking a look at the real estate business in the region some names stand out as the most influential businessmen contributing to the development of this growing market.

So let us take a quick look at some of the most important real estate businessmen in the GCC and the empires they have built: 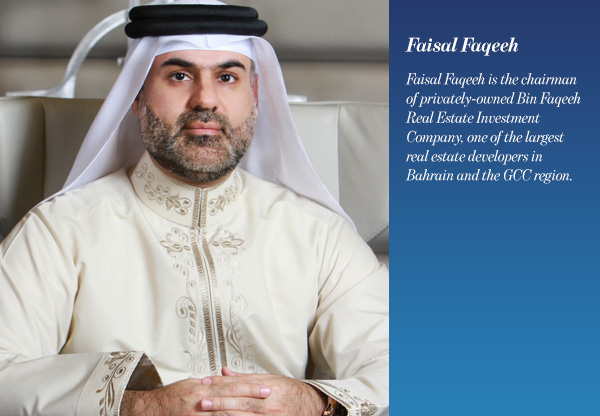 Faisal Faqeeh is the chairman of privately-owned Bin Faqeeh Real Estate Investment Company, one of the largest real estate developers in Bahrain and the GCC region.

Faqeeh launched the company in 2008 with a total capital of $53m, now the company holds a portfolio of more than $1.2bn.

Bin Faqeeh Real Estate Investment company has won developer of the year MEED award this year for Diyar Al Muharraq project. And Faisal Faqeeh was chosen among the world’s 100 most influential Arabs. 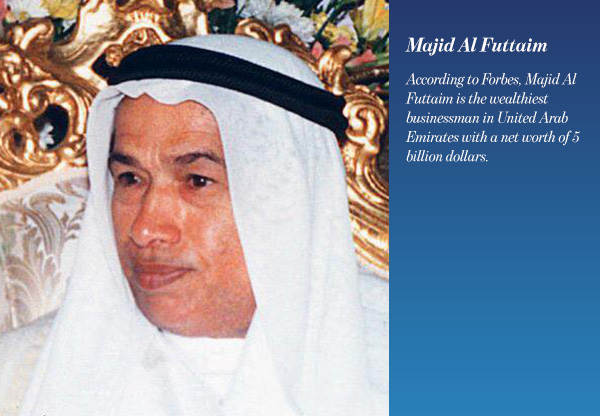 According to Forbes, Majid Al Futtaim is the wealthiest businessman in United Arab Emirates with a net worth of 5 billion dollars.

He is the founder, owner and president of the Majid AlFuttaim Group, which he founded in 1992 after splitting the AlFuttaim Empire with his brother Abdulla Al Futtaim.

Despite being a privately held company, Majid AlFuttaim Holding is among the most transparent empires in the U.A.E, publishing its revenues and net profit annually.

One of the most influential real estate businessmen in the GCC, Hussain Sajwani founded Damac Group in 1992 and has served as chairman since its establishment as residential real estate developer Damac Properties in 2002.

Buying a land in a part of town that was still undeveloped at the time, he managed to sell his first 38-story residential building in less than six month, before he even started construction. Now Damac Group is one of the top developers in UAE.

Hussain Sajwani is also a board member of the Emirates Takaful Company in Abu Dhabi. In addition to that, he serves as a board member in Majan University College in Muscat.

With a net worth of 1.6 billion dollars, the Indian-Omani P.N.C Menon is the wealthiest businessman in Oman and one of the wealthiest real estate businessmen in the GCC.

He was born in Kerala; he lost his father at the age of 10 and later dropped out of college because his family could not afford it. Yet, his spirits never died.

He first started by building his interior design business, then In 1995 he started Sobha Developers, a real estate developing company.

He moved to Oman when he was 26 and was granted Omani citizenship in 1995. Now Sobha Group’s Middle East operations span the U.A.E, Qatar, Oman, and other Gulf countries.

He signed The Giving Pledge alongside his wife Sobha, after whom the group is named, in June 2016.

The Giving Pledge is a multi-generational, global initiative that encourages billionaires to give the majority of their wealth to philanthropic causes. 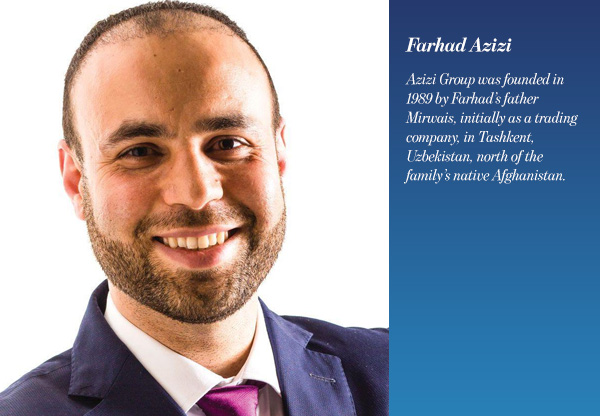 Azizi Group was founded in 1989 by Farhad’s father Mirwais, initially as a trading company, in Tashkent, Uzbekistan, north of the family’s native Afghanistan.

He established Azizi Developments in Dubai in 2007. The firm has been growing at an impressive pace since it started to deliver the first project in 2016.

Farhad Azizi is the chairman’s son and CEO of the massive family-run firm; he manages a portfolio of 20 billion AED and more than 100 projects under various stages of development. 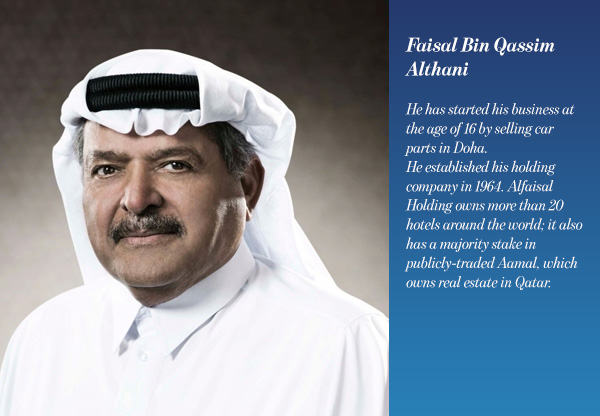 With a net worth of 2.4 billion dollars Faisal Bin Qassim Althani is the wealthiest businessman in Qatar according to Forbes.

He has started his business at the age of 16 by selling car parts in Doha.
He established his holding company in 1964. Alfaisal Holding owns more than 20 hotels around the world; it also has a majority stake in publicly-traded Aamal, which owns real estate in Qatar. 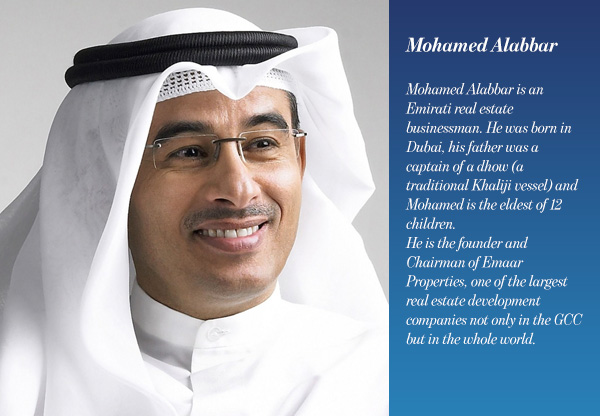 Mohamed Alabbar is an Emirati real estate businessman. He was born in Dubai, his father was a captain of a dhow (a traditional Khaliji vessel) and Mohamed is the eldest of 12 children.

He is the founder and Chairman of Emaar Properties, one of the largest real estate development companies not only in the GCC but in the whole world.

Alabbar also acts as a top adviser to the Ruler of Dubai and Vice President and Prime Minister of the United Arab Emirates, Sheikh Mohammed bin Rashid Al Maktoum.

Alabbar is Chairman of Eagle Hills as well, which is a private investment and real estate Development Company based in Abu Dhabi.

In addition to that, Alabbar partnered with Giorgio Armani in 2005 to establish Armani Hotels in Milan and Dubai.

Saif Ahmad Al Ghurair is the CEO of the Al-Ghurair Group, a large real estate and manufacturing company based in Dubai.The Group is family owned and family run.

Saif Ahmad Al Ghurair is a significant shareholder in Mashreq as well. He is the fifth -wealthiest Emirati billionaire.

He is one of the most influential real estate businessmen in the GCC. The ETA Star group, Al Ghurair Group’s largest division, employs more than 75,000 people.

The Group has been involved in almost every major project in the UAE, from the Jumeirah Beach Hotel and Dubai Marina to the fit-out of the Burj Khalifa.