Take a Look at The Homes Of Famous Architects

A home is more than just a shelter, a home says a lot about the person who designed it, and even more about the person living in it. So what would the houses of brilliant famous architects say?

Would the houses of famous architects be more like museums, monuments to their unique designs? Or real homes where they live their personal lives?

We have all admired the brilliant designs made by these famous architects, now let’s take a look at their private homes. 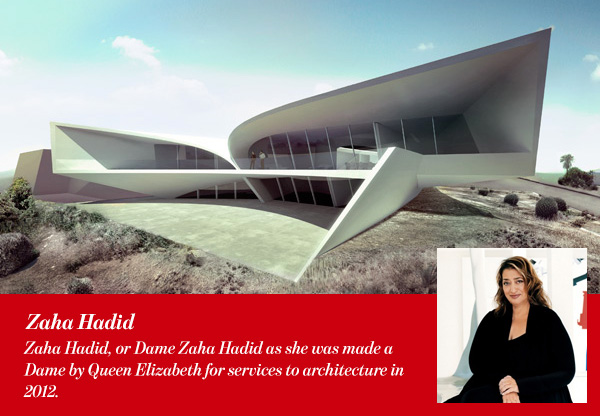 Zaha Hadid, or Dame Zaha Hadid as she was made a Dame by Queen Elizabeth for services to architecture in 2012, has received UK’s most prestigious architectural award, the Stirling Prize, in 2010 and 2011.

In 2015, Zaha Hadid became the first and only woman to be awarded the Royal Gold Medal from the Royal Institute Of British Architects.

The late Iraqi-British architect was definitely a legend in design, and her own house resembled the smooth lines of her renowned designs.

Zaha believed wholeheartedly that where you live should make you feel better, and that is why she took inspiration from her childhood home in Baghdad when she designed her home in London.

One of the most noticeable design elements in the house is the skylight which provides a lot of natural light. 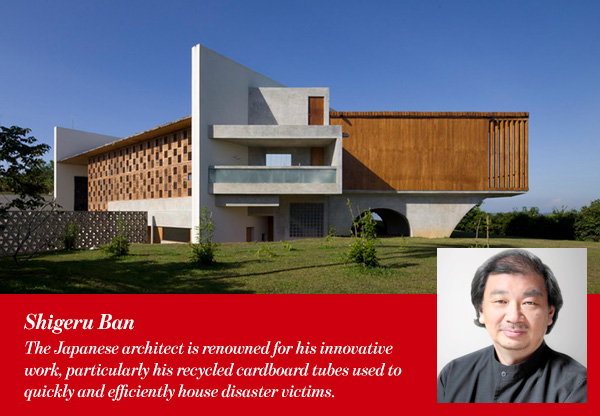 The Japanese architect is renowned for his innovative work, particularly his recycled cardboard tubes used to quickly and efficiently house disaster victims.

In 2014, Ban received the Pritzker Architecture Prize, the most prestigious prize in modern architecture.

The Pritzker Jury praised him for his creative use of material and his dedication to humanitarian efforts around the world.

Ban completed his home in Hangei Forest district without pulling down a single tree in the forest, the house was built around the trees.

The unique house is full of cutouts, to accomplish that goal and also to fill the house with natural light. 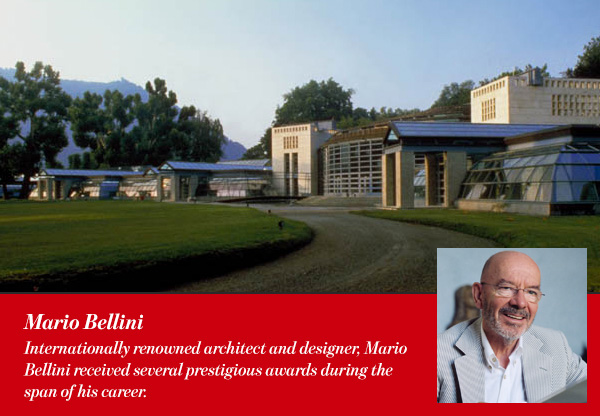 The famous Italian architect lives and works in Milan. His work ranges from architecture and urban design to furniture and industrial design.

The most prominent aspect in Bellini’s home in Milan is the library, His home revolves around a very tall library, it is almost nine meters high and contains a staircase system. 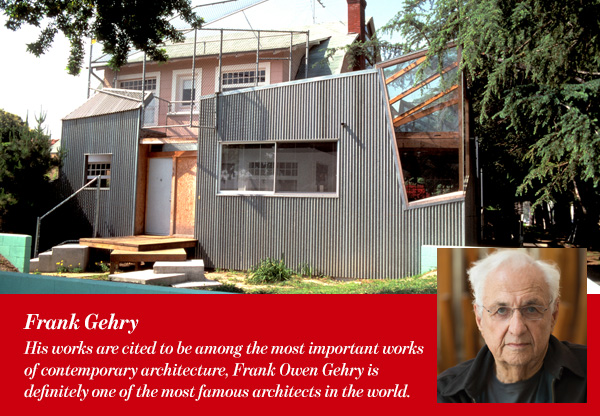 His works are cited to be among the most important works of contemporary architecture, Frank Owen Gehry is definitely one of the most famous architects in the world.

Several of his designs, including his home, are now renowned tourists attractions around the world.

The Gehry Residence is architect Frank Gehry’s own house. It was originally built as an extension, designed by Gehry and built around an existing Dutch colonial style house.

The unusual house makes use of unconventional materials, such as chain link fences and corrugated steel. It is sometimes considered one of the earliest deconstructivist buildings.

Gehry does not approve of this classification though. 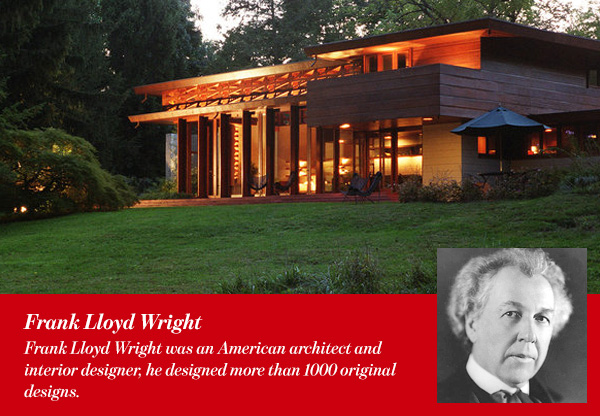 Frank Lloyd Wright was an American architect and interior designer, he designed more than 1000 original designs.

Wright believed in designing structures that were in harmony with the surrounding environment, a philosophy he called organic architecture.

The unique house seems to sprout from the desert and is a perfect example of the organic style architecture that the architect promoted in his later years. 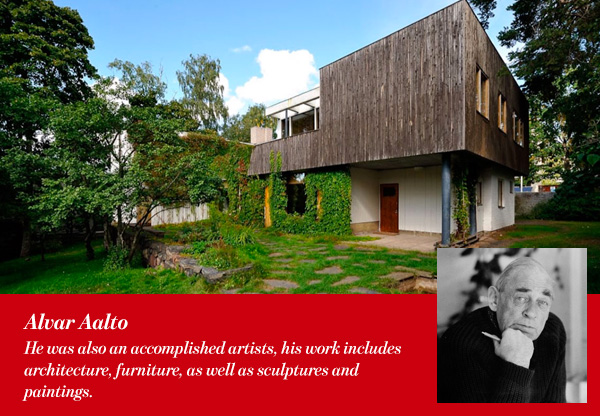 Hugo Alvar Henrik Aalto was a Finnish architect and designer.

He was also an accomplished artists, his work includes architecture, furniture, as well as sculptures and paintings.

Nonetheless, he never regarded himself as an artist, seeing painting and sculpture as “branches of the tree whose trunk is architecture.”

The Finnish architect and designer Alvar Aalto built his home in Helsinki in 1936. It is now open to the public as a museum.

The elegant house was designed as both a family home and an office and these two functions can clearly be seen from the outside.

Aalto was not only famous for his architecture, but also for his furniture designs, they are still popular today.