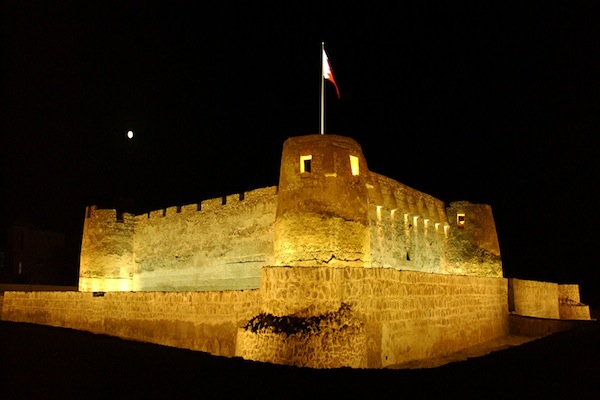 All names that the Kingdom of Bahrain once held in its long, prosperous history as a central commercial hub that remained vibrant through the centuries. Many believe that the history of this country is limited to the last four decades since it declared its independence. However, the fact is that Bahrain's history dates back to the third century BC. In 1860, the name Dilmun appeared for the first time in several places around the world, after it had ceased to exist for thousands of years. The whereabouts of this ancient civilization boggled the entire world for about a century.

That was until a Danish archaeological team excavated Bahraini land in the mid-twentieth century and revealed that Bahrain was in fact, once, the ancient land of Dilmun. The Danish team had discovered the remains of an old settlement from about four thousand years ago around the Bahrain Fort. They also found that most of the archaeological tells were cemeteries that belonged to a civilization that flourished around 2000 BC. They continued to dig in surrounding areas and thus began a journey to find remains in the Arabian Gulf region.

The Danish mission revealed six historical cities built on top of each other in the Bahrain Fort area. Experts were able to identify three major cities of Dilmun historically confined to the period between 2800 and 325 BC. They discovered a fourth city that combines the civilizations of East and West, dating back to the period between 325 BC and 622 AD. As well as a fifth city dating back to the Islamic period between 622 and 1400 AD. A wide range of artifacts and messages were found in Bahrain and the surrounding areas. All of which indicate that this country was a prominent commercial center.

There are many implications of business transactions with Mesopotamia, as they used to come for all kinds of goods that were common in this region. Those include basic goods such as copper, timber, and other luxury items like gems. Ancient legends describe Bahrain as the land of paradise that God endowed with plenty of fresh water. Each of these cities has provided us with enough information to show Bahrain's long and rich history. Though the region had a culture that differs from modern day Bahrain, the remains provided further proof of the land's glory.

This city is home to two time periods, the first from 2800 to 2300 BC, and the second, known as Early Dilmun, dates back to 2300 to 1800 BC. About 150 thousand cemeteries were discovered, built on the island over a period of 500 years. Remains showed strong links between Dilmun and Qatif and Dhahran in modern-day Saudi Arabia, Failaka in Kuwait, and Umm Al Nar in the United Arab Emirates.

Existing in the period from 1800 to 750 BC, this city belonged to Dilmun’s Middle period when it flourished the most. Historians confirm that the population of Bahrain Fort at the time reached seven thousand people. The second city played an active role in trade and foreign relations with other ancient civilizations of this era. Large structures from the city still remain to this very day, standing as a testimony to the civilization's strong existence.

Built in the Late Dilmun period, the third city existed from 750 to 325 BC. Though the city had the shortest time period out of all five, remains of some structures were found. The most important of which is a palace. Pottery and coffins were also found in the city.

This city was built in the Tylos period, which is a blend of eastern, western, and local civilizations. Stone-built rooms in addition to a set of silver coins dating back to the reign of Alexander the Great were uncovered in the city.

This city dates back to the Islamic period, stone buildings covered in plaster have been uncovered here. These buildings represent small houses, each made up of two rooms, a bathroom, a courtyard, and a date pressing room. Experts also found a central market featuring a range of shops across each other, stretching from east to west.

Now, the Kingdom of Bahrain has taken a place amongst the world's best economies. Growing fast and strong, Bahrain is an example of a successful free market. Moreover, the Kingdom boasts vibrant tourism destinations and a booming real estate market. While the country is progressing towards an even brighter future, Bahrain is proud of its rich heritage. Across the Kingdom, the ancient remains continue to attract tourists from neighboring GCC states and across the world.