Being the largest nation in the Gulf Cooperation Council (GCC) region and the fifth largest country in all of Asia, the Kingdom of Saudi Arabia has always enjoyed a unique status among its neighbors for reasons that include, but not limited to, its geographical location, vast area, an abundance of oil reserves. Unfortunately, tourist attractions in Saudi Arabia have not been equally prominent.

As it is the home for Islam’s two holiest sites, Al-Masjid al-Haram and Al-Masjid al-Nabawi, the kingdom’s most active sector of tourism is religious tourism, manifested in the annual pilgrimage performed by millions of Muslims around the world; however, the other sectors of tourism and tourist attractions in Saudi Arabia have not been equally active.

This can be attributed mainly to the conservative nature of the Saudi Arabian society which made it hard for the kingdom to attract the industry major investors. This has begun to change recently as, following the downfall of the oil prices, the kingdom’s focus started to shift towards developing its non-oil economic sectors, especially the leisure tourism, clean energy, and real estate sectors.

Lately, we heard about multiple mega projects that have been announced as a part of Saudi Vision 2030; such projects include Qiddiya City, an entertainment city which, upon its completion, will be the largest of its kind in the world, and Neom City, the first transnational future city in the region which is expected to be the world’s grandest hub for trade, technology, and entertainment.

Here, we list the top natural, historical and man-made tourist attractions in Saudi Arabia and the sites you do not want to miss visiting there: 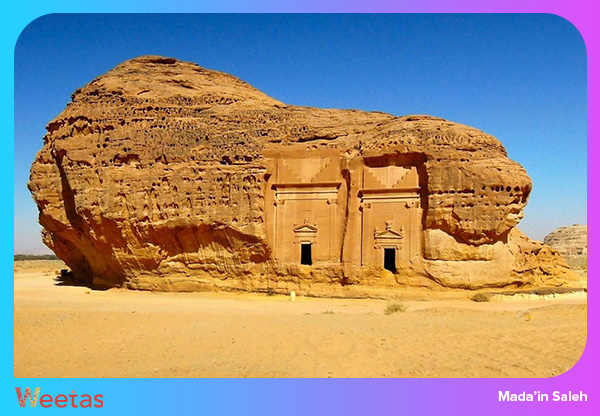 Located within Al-Madinah region in the northwest part of the kingdom, Mada’in Saleh is the first historical site in Saudi Arabia to be proclaimed as a World Heritage Site by UNESCO in 2008.

The site dates back to the BC era, but its role as a historical location had been amplified within the age of the Nabatean Kingdom during the first century AD. It is known for housing 130 spectacular tombs that are carved in the stone. 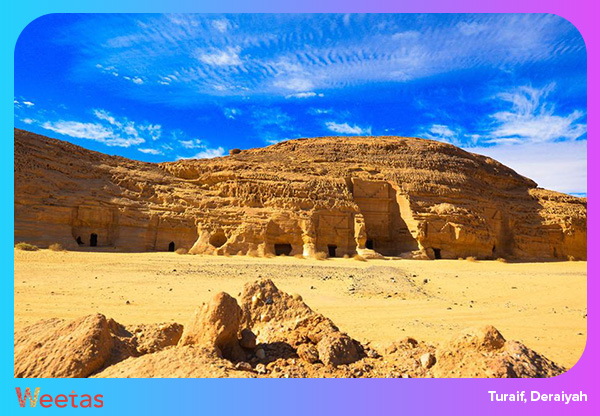 The second historical site to be announced as a World Heritage Site by UNESCO, Turaif, which dates back to the fifteenth century, has a unique historical significance that is stemmed from it is the first capital of the Kingdom of Saudi Arabia, as well as being a pivotal trade hub during the 16th, 17th, and 18th centuries before it has been conquered by the Ottoman Empire.

Turaif is a fortified district within Deraiyah, one of the major and the fastest growing cities of the kingdom that is located 20 kilometers away from its capital, Riyadh. The district is known for housing an abundance of palaces, mosques and administrative buildings that date back to the early days of the Saudi Arabian Kingdom. It has been proclaimed as a World Heritage Site in 2010.

The district’s most distinctive feature, however, is its Najdi architectural style which is considered the only one of its kind in the whole Arabian Peninsula. 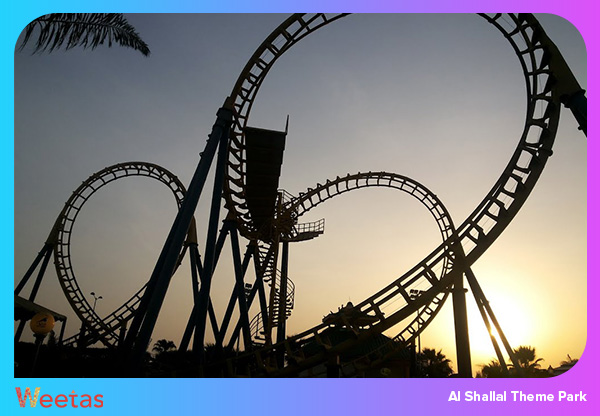 Overlooking the Red Sea with a total area of 60,000 square meters, Al Shallal Theme Park (translated to the Waterfall Theme Park) is one of the most popular entertainment destinations in the lively coastal city of Jeddah and one of the best tourist attractions in Saudi Arabia as a whole.

The theme park is best known for housing a two-storey building at its center that includes an ice skating rink and a theme area that features an Amazonian theme which with real life-size figures of jungle animals and creatures to, with the aid of sound and light effects, provide a vivid experiment known as the Amazonian Ride that spans 1800 square meters in which a 15-meter waterfall – the feature that earned the park its name – is incorporated.

In addition to that, the two-story entertainment building comprises party rooms, games arcade, and seven restaurants. The theme park also features an enclosed car parking space which can accommodate up to 300 cars in addition to another open-air park that has the same capacity as well.

The working hours of the theme park are from 5 PM to 1 AM. 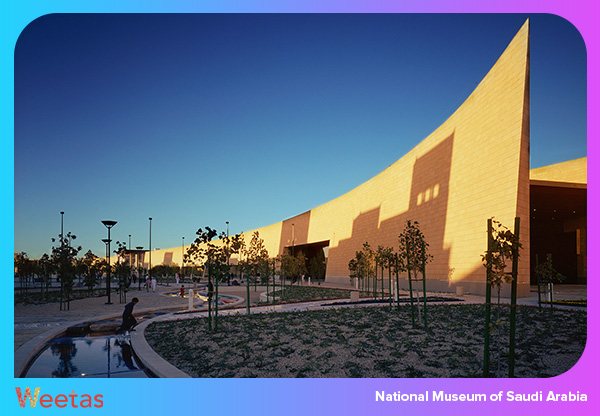 Right up the alley of the history and culture enthusiasts is this destination. Founded in 1999 as a part of the King Abdulaziz Historical Center in Riyadh, the design of the National Museum of Saudi Arabia was inspired by the desert nature of the Saudi Arabian Kingdom and the red sand dunes located in the outskirts of Riyadh.

The museum consists mainly of 8 major variant exhibitions that cover many aspects of the kingdom’s culture, history and religion: Man and the Universe; Arabian Kingdoms; The Pre-Islamic Era; the Prophet’s Mission; Islam and the Arabian Peninsula; First and Second Saudi States; the Unification; the Hajj and the Two Holy Mosques. 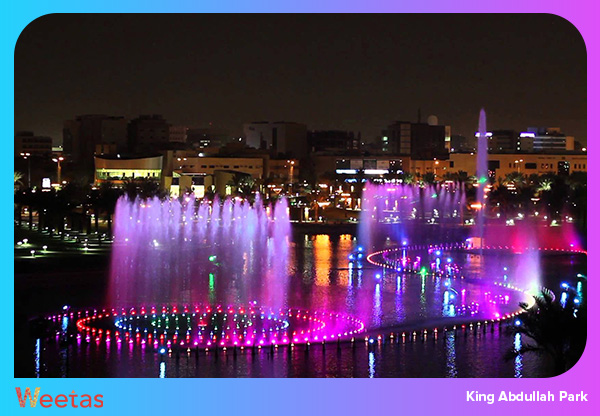 Possibly the most alluring entertainment landmark of Riyadh, King Abdullah Park’s has been opened in 2013 in Al Malaz, one of the most lively neighborhoods of the Saudi Arabian capital, right beside Prince Faisal bin Fahd Stadium.

The park is divided into two main sections: one for the families and one for individuals. It spans the vast area of 318,000 square meters and it is known for containing some spectacular features, the most notable of which is the dancing fountain situated at the park’s heart which comes to life daily after Al-Isha Prayer in a vibrant mix of colors and lights that compliments the joyful music to which the water dances.

There is also a beautiful artificial lake that is overlooked by the fountain. In addition to that, the park comprises paths and tracks that are perfect for jogging, an area dedicated to exhibitions and festivals, and multiple play areas and fun rooms for young visitors.

Those are just some of the many amazing tourist attractions in the kingdom to which we recommend that you pay a visit – alone or with your family – in your next trip to Saudi Arabia.