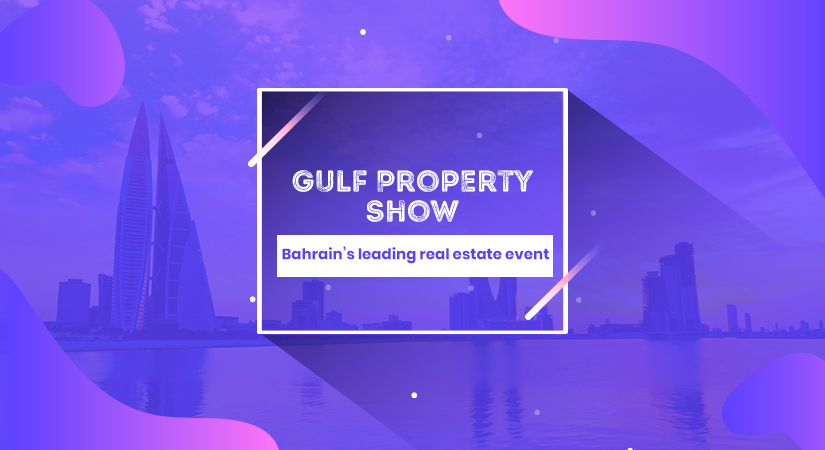 As a means towards boosting its property market, the Kingdom of Bahrain has been hosting annual real estate exhibitions in the recent years that act as a platform for the major local and regional real estate companies to showcase their projects and solutions directly to their market audience. Gulf Property Show (GPS) stands out as the kingdom’s biggest annual real estate event.

The event is not only the leading property expo in Bahrain but also in the northern gulf region; as a matter of fact, experts have been calling it the Northern Gulf’s Window to real estate. This is affirmed by the strong line-up of companies and developers which have announced their participation in its upcoming seventh edition.

Held under the patronage of His Royal Highness Prince Khalifa Bin Salman Al Khalifa, Prime Minister of the Kingdom of Bahrain, Gulf Property Show 2019 will take place over the course of three consecutive days in Bahrain International Exhibiion and Convention Center.

Since the moment its date was announced, Gulf Property Show received support from multiple governmental and private-sector real estate companies.

This included developers which are renewing their sponsorship of the event after one or more successful participations in its previous editions, as well as several other companies that will be making its debut appearance in Gulf Property Show on April 23.

Here, we list all the announced sponsors of GPS19, and the projects they will be showcasing in the event. 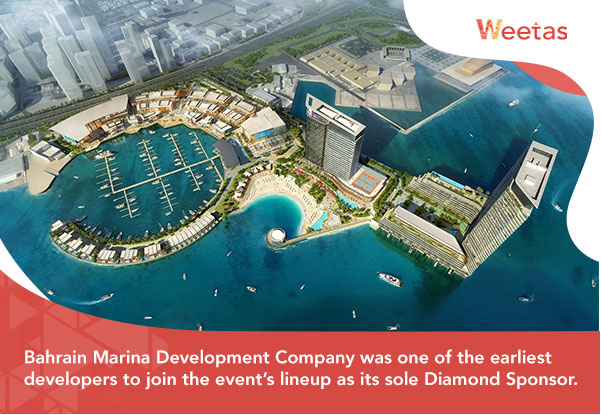 Bahrain Marina Development Company was one of the earliest developers to join the event’s lineup as its sole Diamond Sponsor.

Situated in the heart of Manama, Bahrain Marina project was conceptualized to be one of Bahrain’s main luxury tourism spots. The mixed-use master development’s due completion date is within the year 2021.

This comes as the second participation of the master development in Gulf Property Show; the company made its debut back in 2017’s edition of the event. 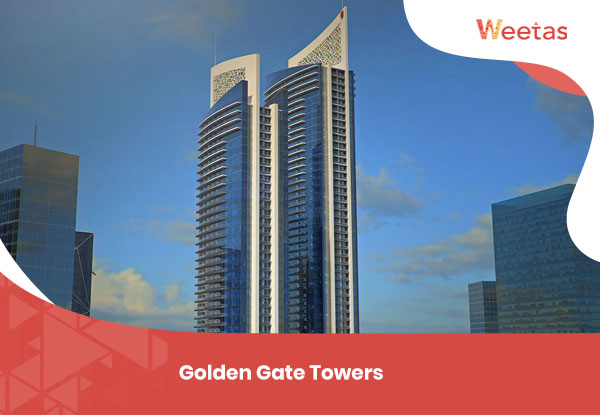 A joint venture between Bahraini and Indian real estate companies, Golden Gate is a waterfront residential project situated at the heart of Bahrain Bay master development.

Conceptualized to be the tallest residential structure in Bahrain, Golden Gate consists of two twin towers; the first comprises 53 floors while the other comprises 45 floors.

This year, Golden Gate makes its second participation in Gulf Property Show as one of its Gold Sponsors. 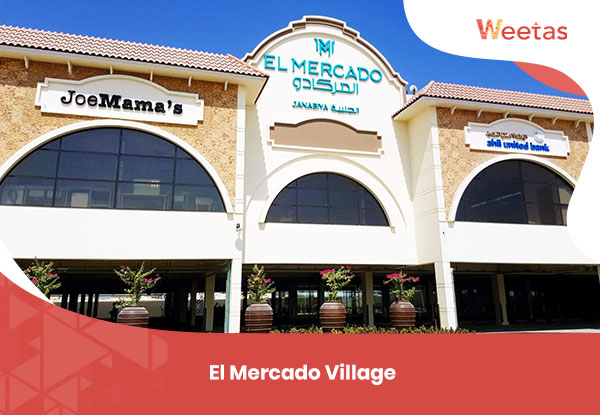 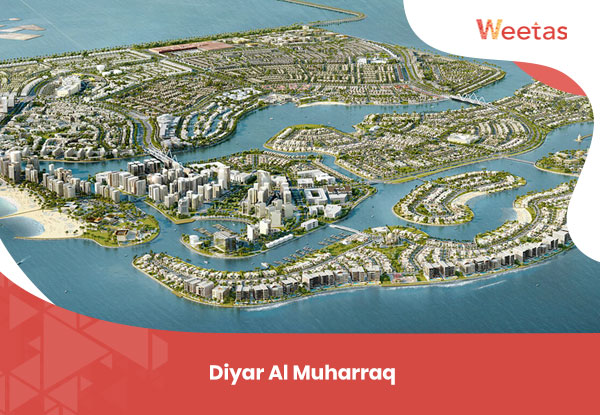 As one of the leading urban developers in Bahrain, Diyar Al Muharraq man-made islands have made a presence in five previous editions of Gulf Property Show.

This year, Diyar Al Muharraq was one of the first companies to announce renewing its strategic partnership of the event.

Through the exhibition’s platform, Diyar Al Muharraq will showcase two of its most prominent developments: Al Bareh and Al Naseem. 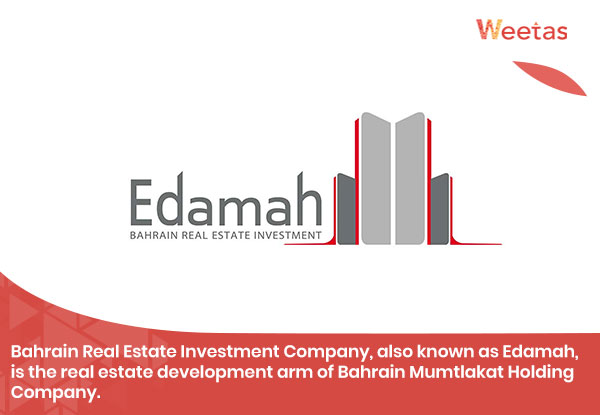 Bahrain Real Estate Investment Company, also known as Edamah, is the real estate development arm of Bahrain Mumtlakat Holding Company. The company is best known for developing Saada West, one of the most ambitious tourism projects in Bahrain.

This is Edamah’s first participation in one of the editions of Gulf Property Show. 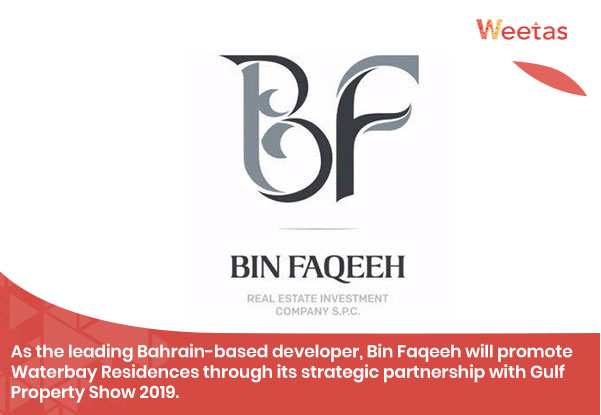 As the leading Bahrain-based developer, Bin Faqeeh will promote Waterbay Residences through its strategic partnership with Gulf Property Show 2019.

The project, which is currently under construction in a unique location in Bahrain Bay opposite to the Four Seasons hotel, is a waterfront residential complex consisting of three towers boosting upscale Hollywood-style apartments with numerous facilities and amenities. 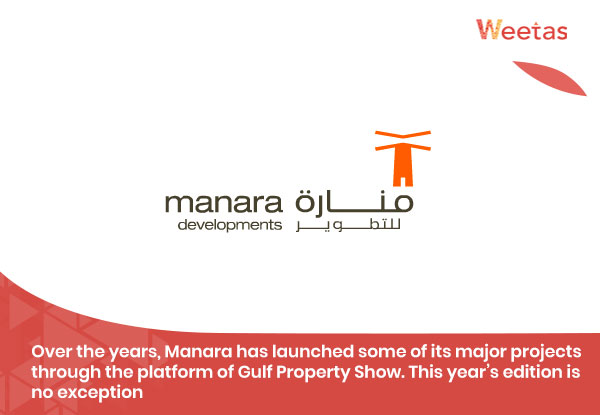 It is worth mentioning that, one month prior to GPS19, Manara has launched the first phase of Wadi Al Riffa development, as well as the second phase of Investment Gateway Bahrain, its two flagship projects. 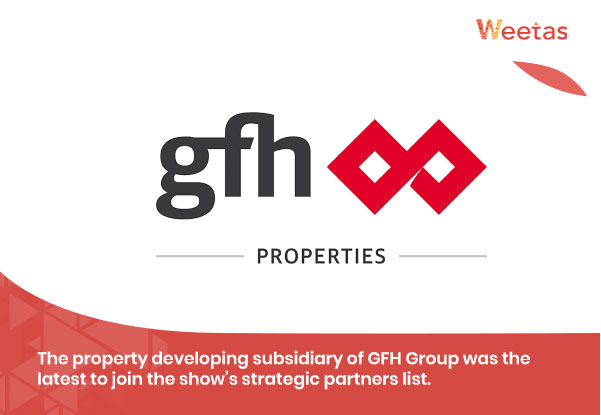 The property developing subsidiary of GFH Group was the latest to join the show’s strategic partners list. Through the platform, GFH Properties will have a chance to market two of its renowned projects, Villamar, the luxurious villa residential community located in the vicinity of Bahrain Financial Harbour, and the Harbour Row. 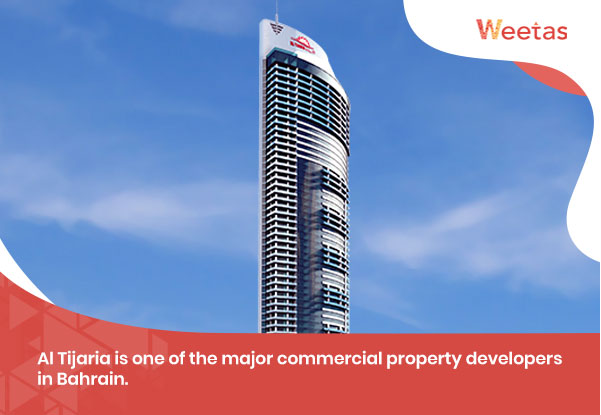 Al Tijaria is one of the major commercial property developers in Bahrain. It announced that it will take part in Gulf Property Show 2019 to launch and showcase Symphony Tower, its newest residential project which is being developed in the Diplomatic Area within the proximity of Bahrain International Airport.

The tower will consist of 46 floors that include 350 variant residential units. 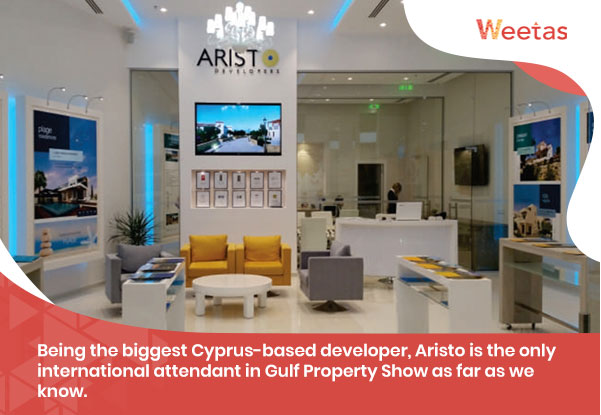 Being the biggest Cyprus-based developer, Aristo is the only international attendant in Gulf Property Show as far as we know. Investors in the real estate in Cyprus will get the opportunity to obtain the island’s citizenship; this is a lucrative opportunity as Cyprus is one of the safest spots in the globe and it has many renowned tourism destinations. 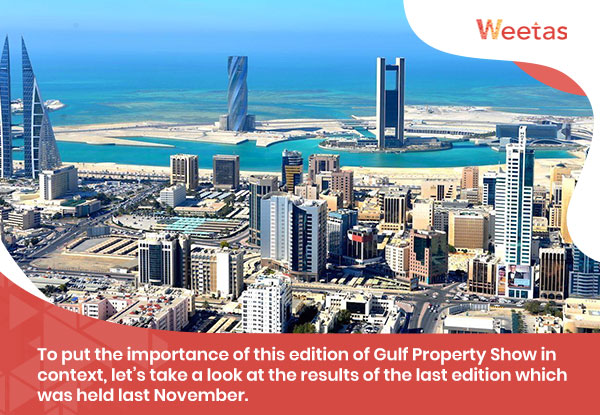 To put the importance of this edition of Gulf Property Show in context, let’s take a look at the results of the last edition which was held last November.

The event has received the support and sponsorship of 15 local and regional developers, witnessed the showcase of 50 projects and the generation of more than $2bn of property sales.

With the several developments the participating companies will promote in it and the unique opportunities they will offer, the upcoming edition is aiming to achieve an even bigger success than its predecessor. Overall, Gulf Property Show continues to reflect the status of the property market and real estate investment in Bahrain.